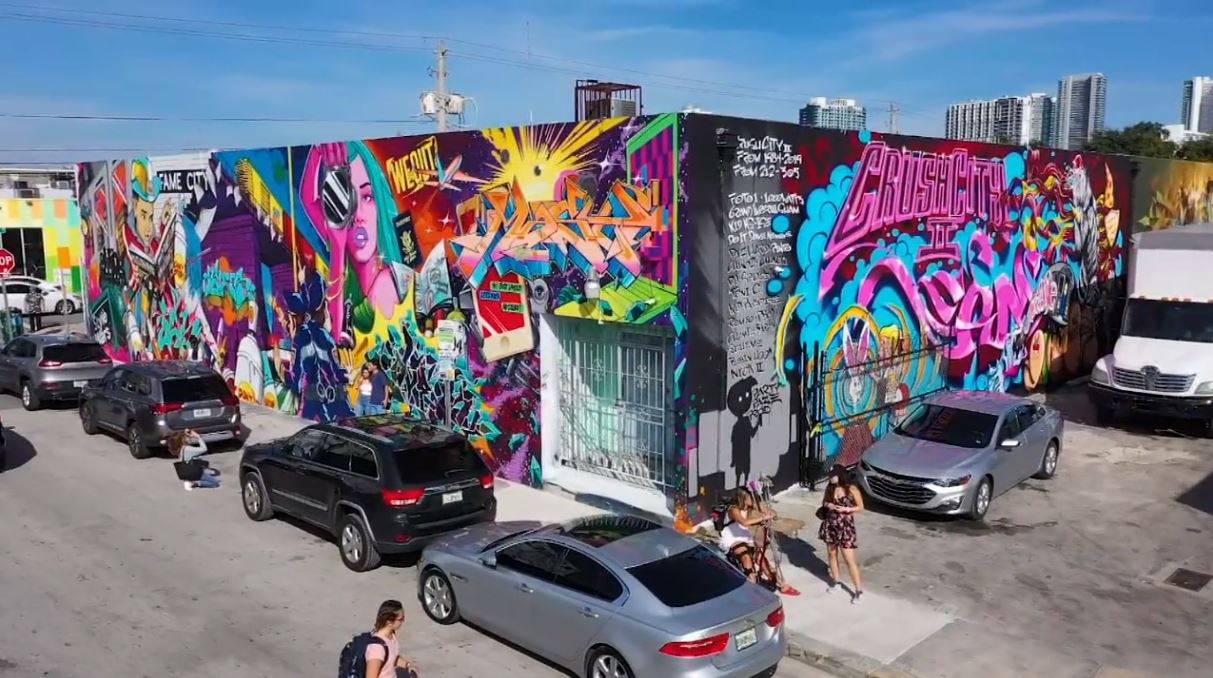 Inside The World's First Museum Dedicated to Graffiti

The Museum of Graffiti stands in the heart of Wynwood, with four colorful murals splashed across its exterior walls.

It was only a matter of time.

The first graffiti museum in the world has come to Miami – and it's drawing attention from artists all over the globe.

The Museum of Graffiti stands in the heart of Wynwood, with four colorful murals splashed across its exterior walls. In total, 11 different murals have been curated, programmed and commissioned around the space.

“There’s no place quite like Wynwood on the planet.”

Museum co-founder and curator Alan Ket takes us inside the Museum of Graffiti, located on 299 NW 25th Street.

While graffiti art has roots in Los Angeles and New York City, the museum’s location in Wynwood was no brush-of-the-shoulder mistake.

“Why Miami? Because Miami has Wynwood, and Wynwood is a very special place,” said museum co-founder and curator Alan Ket.

Swirling colors, patterns, shapes and abstract imagery have become a staple of the Wynwood neighborhood, an urban art district that boomed in popularity in the mid 2000’s.

From Graffiti to Fine Art

The art gallery at Wynwood Walls features bold and vivid pieces created by the world's top street artists. Pictured here are four pieces currently on display in the gallery.

“It was super important to us that graffiti had a place in its natural habitat,” said Allison Freidin, co-founder of the museum.

Ket said the graffiti art movement that started in cities like New York City, Philadelphia and L.A. has an “old, rich history” that’s never been talked about or celebrated.

“That’s the idea behind this museum, to celebrate the man, the woman, the kids that made this art form what it is today,” he said.

The museum, located on 299 NW 25th Street, features paintings, mixed media sculptures and interactive installations “that will allow visitors to travel through time and learn about the evolution of the worldwide graffiti art movement,” according to the museum’s website. The museum opened during Art Basel, Miami’s premier art event.

Scenes from the grand opening of the Museum of Graffiti in Wynwood.

Graffiti art can be traced back to ancient times, but became a modern art form in the late 1960s, according to the Journal of Conscious Evolution. The evolving art form “embodies illusionist realism, pop art, modernism and three-dimensional statutes.”

The father of modern graffiti is known as Cornbread, a man who began spray-painting the sides of buildings to attract the likes of a young woman at his Philadelphia high school. According to the California Institute of Integral Studies, Cornbread also used graffiti art as a way to protest “social inequities and police brutally in minority communities.” Cornbread set the stage for the proliferation of graffiti art in the coming decades, as young artists sought to make their mark on the world.

The Museum of Grafitti’s opening inaugural exhibition, Style Masters, looks at the young minds behind the graffiti art movement, as well as what spurred the stylistic movement.

Some snapshots from inside the Museum of Graffiti in Wynwood.

Ket stressed that what was widely perceived as a criminal act had a deeper, more symbolic meaning.

“You walk through and you start to understand, okay this isn’t just vandalism. This is an art form, it’s very thought out,” he said. “It goes from simple signatures with markers, to multi-colored pieces of art painted on the sides of trains, that continued to advance and develop.”

Freidin believes the museum serves as a home for street artists who haven’t received the same level of recognition as other artists.

“Something that the Museum of Graffiti does, it sings the song of unsung heroes,” she said. “It really talks about artists that have been marginalized and haven’t been shown in massive institutions, and given the same level of respect that a lot of other artists around the world have been given.”

Tickets to the Museum of Graffiti can be purchased on the museum's website. Adult tickets are $23, while those ages 6-18 get in for $15.