Last fall, the season-three release of “You” was No. 1 for four weeks on Netflix's tally of top 10 shows, spending a total of eight weeks on the list that at several times also included seasons one and two

When veteran TV producer Greg Berlanti was invited to adapt the novel “You" about a seductive charmer with a murderous streak, he immediately fixed on former “Supernatural” producer Sera Gamble as his collaborator.

It may sound “horrible” but was the opposite, Berlanti explains.

The book by Caroline Kepnes had "all the great things I love about Sera's writing. It's pulpy and addictive, but also highly intelligent and smart, and has something to say about our culture, our society,'" he said. 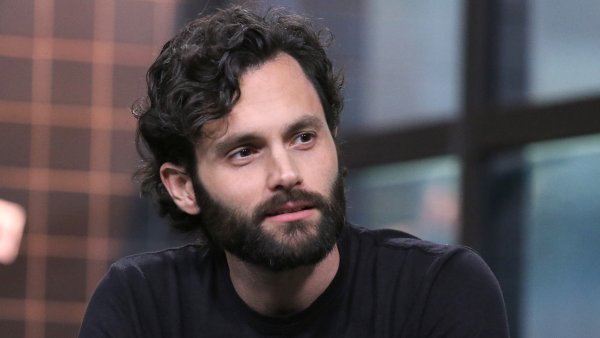 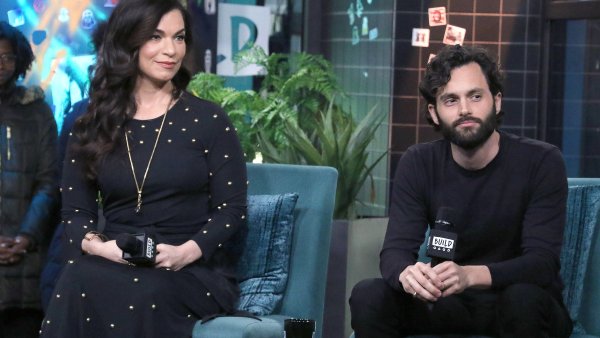 ‘You' Already Renewed for Season 4 on Netflix

“You,” starring Penn Badgley as the violent and disturbed Joe, became a worldwide hit for Netflix after a low-key U.S. start on Lifetime. The drama, drawn from what became a bestselling series of novels, is in preparation for its fourth season. The release date has yet to be announced.

“It's always so hard to predict how TV is going to do while you’re making it. You very much feel like you’re in a little bubble of production,” said Gamble, co-creator and executive producer of the show with Berlanti. She's game to dissect the success she labels exciting.

“I do think that part of the reason it appeals to people all over the world is that what we're exploring about love and obsession are completely universal and translates into every possible human language,” she said.

“Everybody knows that feeling of wanting someone that’s maybe bad for them, and wanting to know things they’re technically not supposed to know,” said Gamble, whose parents emigrated to the United States from Poland. “I don’t see why it would be any different in the United States than it is in India or Japan or anywhere.”

How Joe pursues his ill-fated objects of desire is through a mix of old-school, in-person stalking combined with social media spying and manipulation. That allows “You” to make satirical hay of people's online posing and willingness to accept each other at Facebook value, among other modern habits.

Bela Bajaria, head of global TV for Netflix, said the streaming service had confidence in producers Berlanti, whose extensive credits include “Riverdale,” “The Flash” and “The Flight Attendant," and Gamble ("Physical," "The Magicians"), along with series lead Badgley ("Gossip Girl").

“The scripts had a really strong voice, and it (the story) had a really great thriller engine to it,” Bajaria said. ”With Penn’s voiceover, it felt very distinct and very entertaining, and we felt like it would work globally.”

Last fall, the season-three release of “You” was No. 1 for four weeks on Netflix's tally of top 10 shows, spending a total of eight weeks on the list that at several times also included seasons one and two. The show was in the company of “Maid” and “Tiger King 2.”

For Berlanti, who was sent a copy of Kepnes' 2014 novel by producer Warner Bros., the book sold itself as a TV project.

“I devoured it in a weekend, and it was just at the time that people were starting to binge shows, or at least talk about binging shows,” he said. He concluded that viewers would pounce as eagerly on a show that took the concept to the next level. But he needed to team with what he called “the right person.”

Enter Gamble, who recalls Berlanti introducing her to the book with the promise that she'd “understand within the first couple of pages why it was so intense.”

“You are placed directly into this guy’s head and you’re treated to all of his most private thoughts," Gamble said. "There's something so brilliant about hearing perfectly honest, uncensored thoughts. Most of us who are trying to be polite and acceptable and just make our way through the world, we’re thinking all kinds of stuff.”

Then came the critical task of finding an actor whose portrayal of killer Joe could hold the audience's sympathy against all odds.

“We had been auditioning a ton of really fantastic actors for this role” and had a short list of candidates to screen test, said Gamble, the producer in charge of the series. Then word arrived that Badgley might be interested.

“He came to the table already a TV star, so the process is different for someone like him. It’s less about coming into a room full of people to audition, and more about sitting down with the creators and just having a conversation,” she said.

Badgley had doubts about portraying a character he found repulsive, Gamble said. But after a series of discussions, “we all realized that we were very much on the same page about why we wanted to explore Joe and why we wanted to make the show."

“You,” with the comic relief offered by satire, isn't the dystopian nightmare of Netflix hit “Squid Game.” But with its twisted protagonist and unhappy endings, does it reflect the bleaker attitudes of younger generations?

It's a question that Gamble, a millennial herself, tackles from a creative viewpoint.

“I have these two impulses as an artist and they are in direct conflict with each other," she said. "One is that I want to roll around in romantic stories because I love them," she said. "The other is I have a really strong impulse to take a hard look... at all the ways our culture creates the conditions in which so much violence is done to women."

Making “You,” Gamble said, “has been a process of proving to ourselves over and over that they are impossibly entwined."