"Thanks for having me @TheAcademy," Eminem tweeted. "Sorry it took me 18 years to get here."

If you had one shot, one opportunity... Would you have predicted Eminem to perform at the 2020 Oscars?

The world-famous rapper made an unexpected appearance at Sunday's Academy Awards, performing his 2003 Oscar-winning hit "Lose Yourself."

After attendees like Billie Eilish and Idina Menzel worked through their initial confusion and/or shock after seeing Eminem onstage, the entirety of Dolby Theatre really rocked out. (One could even say they lost their selves?) 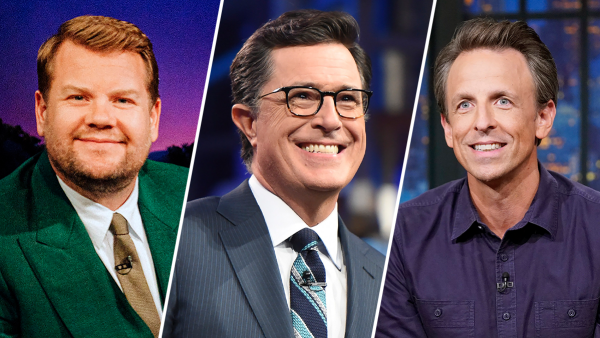 For One Night, TV Comics Focus Their Shows on Climate Change

Even Leonardo DiCaprio got into it, Kelly Marie Tran was spotted singing along and the hip-hop star got a massive standing ovation.

Eminem made history in 2003 when "Lose Yourself" from the soundtrack to “8 Mile" became the first hip-hop track to win Best Original Song at the Oscars. He didn't attend the ceremony to accept the honor at the time, making tonight's performance all the more special for Slim Shady.

"Thanks for having me @TheAcademy," he tweeted. "Sorry it took me 18 years to get here."

This is the Oscars, after all. Expect the unexpected.