We've got chills and they're multiplying after listening to Ella Bleu Travolta's new song.

On Thursday, Jan. 6, the 21-year-old actor and musician took to Instagram to announce that she had released her first-ever single, "Dizzy."

The adorable minute-long video features Ella playing the piano and singing along to the sweet song before she receives a little help from none other than her very own musical dad, John Travolta.

The 67-year-old actor joins Ella on the clip's final verse, turning to look her in the eye as he sings the line, "Dizzy when you're with me, but it's OK. Love you anyway." Ella then places a kiss on her dad's cheek, which the proud father quickly returns.

"So happy and excited to say that my first single, 'Dizzy,' is out now!!!" She captioned the post. "It's been a long time coming but I'm still that 14-year-old weird girl at heart and I love it." 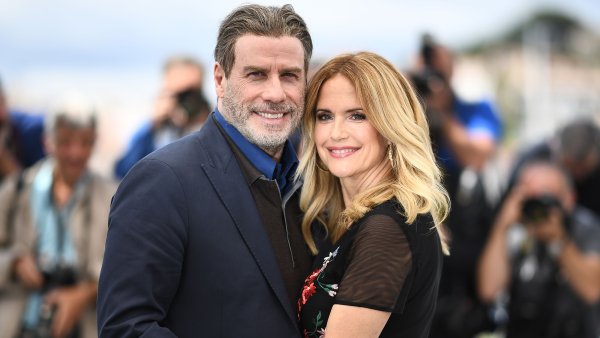 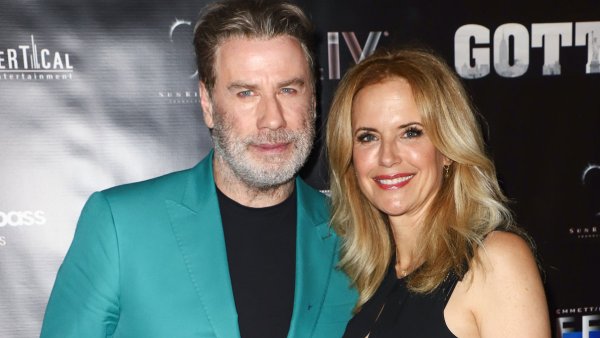 In addition to duetting with his daughter, the Grease actor, who recently celebrated the holidays with Ella and son Benjamin, also posted the clip on his own Instagram and shared his support for the song.

This isn't the first time the veteran actor has shown his admiration for his daughter's musical talents. Back in November, John praised Ella's "amazing" singing voice after she posted a video performing another original song on Instagram.

"I'm so very proud of you Ella, it's amazing," he commented. "Your thrilled Dad! [three red heart emojis]."

Earlier in July, the "Pulp Fiction" star also celebrated his daughter's upcoming on-screen debut in the film "Get Lost" by posting an image of her smiling over her shoulder in a blue dress.

"Here's my daughter Ella starring in a live action re-imagining of Alice in Wonderland! Called, 'Get Lost,'" John captioned the photo. "I'm a very proud dad!"

John Travolta is remembering his late wife Kelly Preston on the first Mother’s Day since she passed away in July 2020. He paid tribute to his longtime love with two throwback family photos featuring Kelly with their children, writing, “Dearest Kelly, you brought into my life three of the most wonderful children I have ever known. We love you and miss you. Happy Mother’s Day.” John and Kelly’s daughter Ella Kelly died after a private two-year battle with breast cancer at 57 years old.
Copyright E! Online