In a new interview, Kristin Davis discussed how she "would feel great" if she didn't live in the limelight

Kristin Davis couldn't help but wonder if her life might be easier if she wasn't in the spotlight.

Now revisiting her fame-making character Charlotte York on HBO Max's "Sex and the City" revival "And Just Like That..." the 56-year-old star told NewBeauty in a new interview that "it can also be extremely stressful to be aging and to be compared to your much, much, much younger self." (Or, as Sarah Jessica Parker recently put it to Vogue, she, Davis and Cynthia Nixon have faced a lot of "misogynist chatter" about their appearances, including comments about gray hair and wrinkles.)

"If I was from a regular life, I would feel fine; I would feel great! I'm healthy, I'm strong, I've got this little 3-year-old son, and I carry him around and it's all good--but, no, I'm on television, where every bit of my physical being is analyzed," continued Davis, who is mom to kids Wilson and Gemma. "That part was always very stressful and difficult for me, because, as much as I can look back on my life and think, 'Oh, I looked great then,' you never think that at the time. I guess no one does."

With "Sex and the City" first taking off in 1998, noted Davis, she "became famous when magazines were king, and every week there'd be an article saying I was 'pear-shaped.'"

"That was difficult," she said, "and no amount of working out could change my shape or how those articles were written...they just loved to compare me to Sarah Jessica, who, at the same time, no matter what she did, was always going to be a very tiny thing."

For Davis, one incident in particular sticks out all these years later. Stopping on her way home from set to buy a bag of M&M's, the woman behind the register said, "'I can't sell these to you.'"

More 'Sex and the City' Coverage: 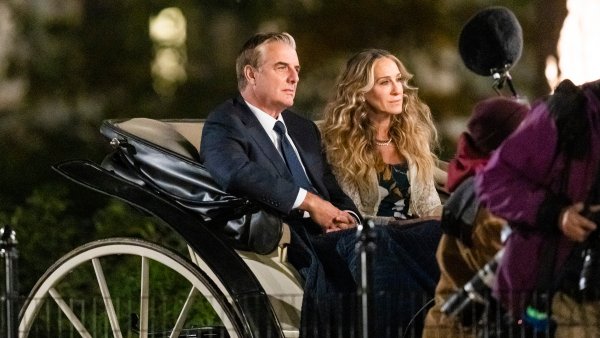 HBO Max Pulls Chris Noth From ‘And Just Like That' Finale 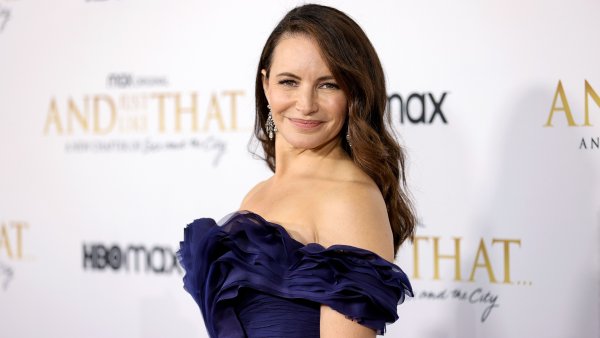 Initially, Davis assumed the woman was joking. "I thought she was going to say she was kidding, but she didn't," she told NewBeauty, "so I left that bodega and went to the next bodega down the block, and I bought four big bags of M&M's and I ate them all. It was just very stressful back in the day...we had the extreme body stress, but now we have the age stress. Both were, and are, very hard things to deal with."

Being constantly photographed by the paparazzi also isn't easy. "You're eating, you're talking, you're frowning, you might fall, all these things happen in a day, but they're there to catch it, Davis said. "There's going to be bad pictures, and they're going to talk about them, and they're going to discuss your hair, your face, your this and your that and that's just how it is I guess...at least in this industry."

And while Davis said she tries not to pay attention to these pictures, she admits they can be hard to ignore. "I think you're confronted with the fact that you can't win," she told the outlet. "That's my current feeling on the situation--you can only win in terms of how you feel with your own self. You can't please everybody."