Kobe Bryant was not forgotten on the 2020 Oscars red carpet.

Spike Lee arrived for the night wearing a custom Gucci suit that clearly serves as a tribute to the late basketball legend, who died two weeks ago in a helicopter crash. The suit is the Lakers' purple and yellow, with #24 on the lapels and emblazoned on the back. He also sported a pair of Bryant's Nike hightops in honor of his friend.

Lee and Bryant go way back. In 2009, Lee directed "Kobe Doin' Work," a documentary that followed the star athlete around for a day during the 2007-2008 Lakers season, and the director was clearly hit hard by Bryant's death. 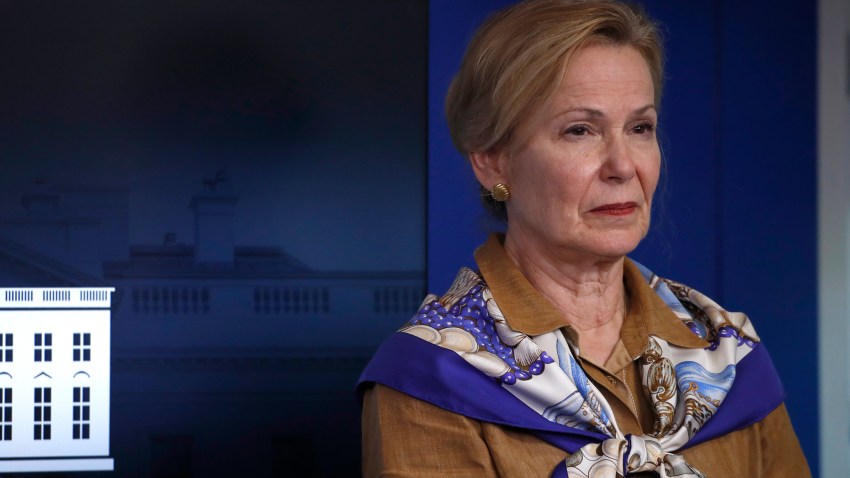 Dr. Deborah Birx Has Gained a Fan Club for Her Impressive Collection of Scarves He joined Ryan Seacrest for a brief interview on the carpet ahead of the Oscars, and didn't even have words when Seacrest asked how he was doing. He could only answer with a sad shrug.

Lee won the Oscar for Best Adapted Screenplay last year for "BlacKkKlansman," and he was so excited at the time that he jumped into Samuel L. Jackson's arms on stage.

"Jumping up into my brother Sam Jackson's arms, and he didn't let me go, but this is a year later," he said. "A lot of things changed, so I'm happy to be here. I'm going to present and enjoy myself."

He plans to continue focusing on working hard in the coming months.

"I just gotta continue to do my work," he said. "Gotta keep it going. When you have a profession that you love, that makes all the difference in the world. You're winning. When you're making money doing what you love, it's a blessing."