Critics were not kind to the dino extravaganza, but audiences seem to be enjoying themselves

Move over Maverick, the dinosaurs have arrived to claim their throne. 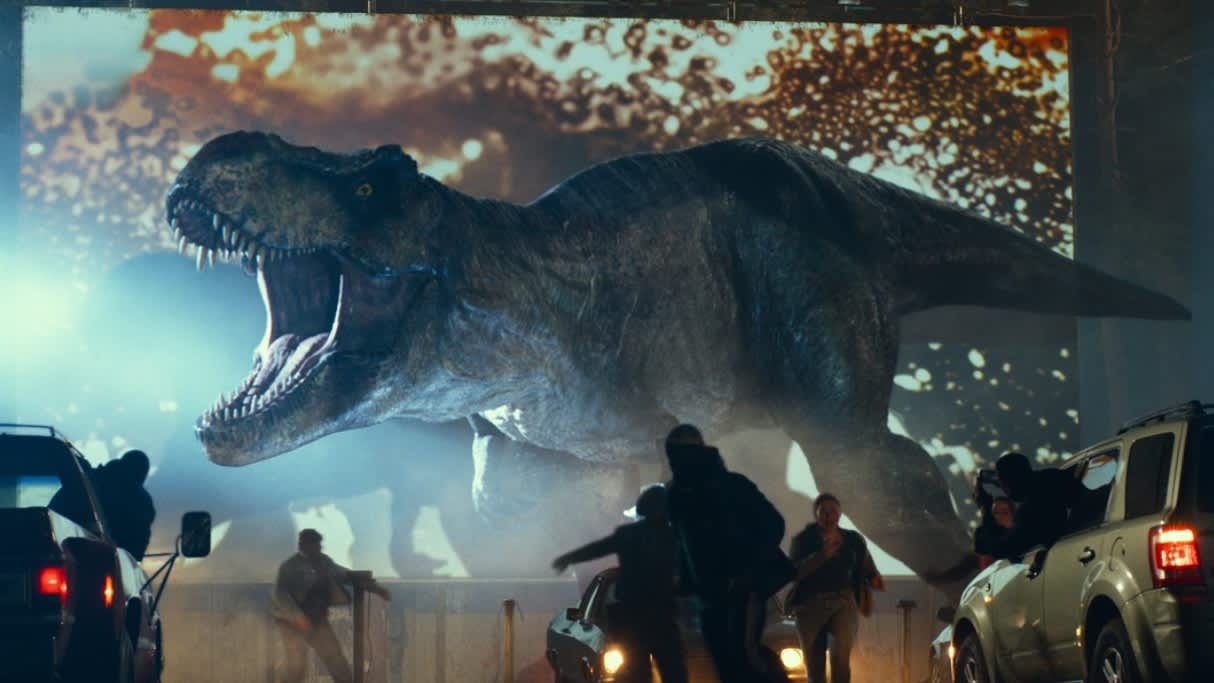 ‘Jurassic World: Dominion' Is ‘the Worst' in the Franchise, Critics Say 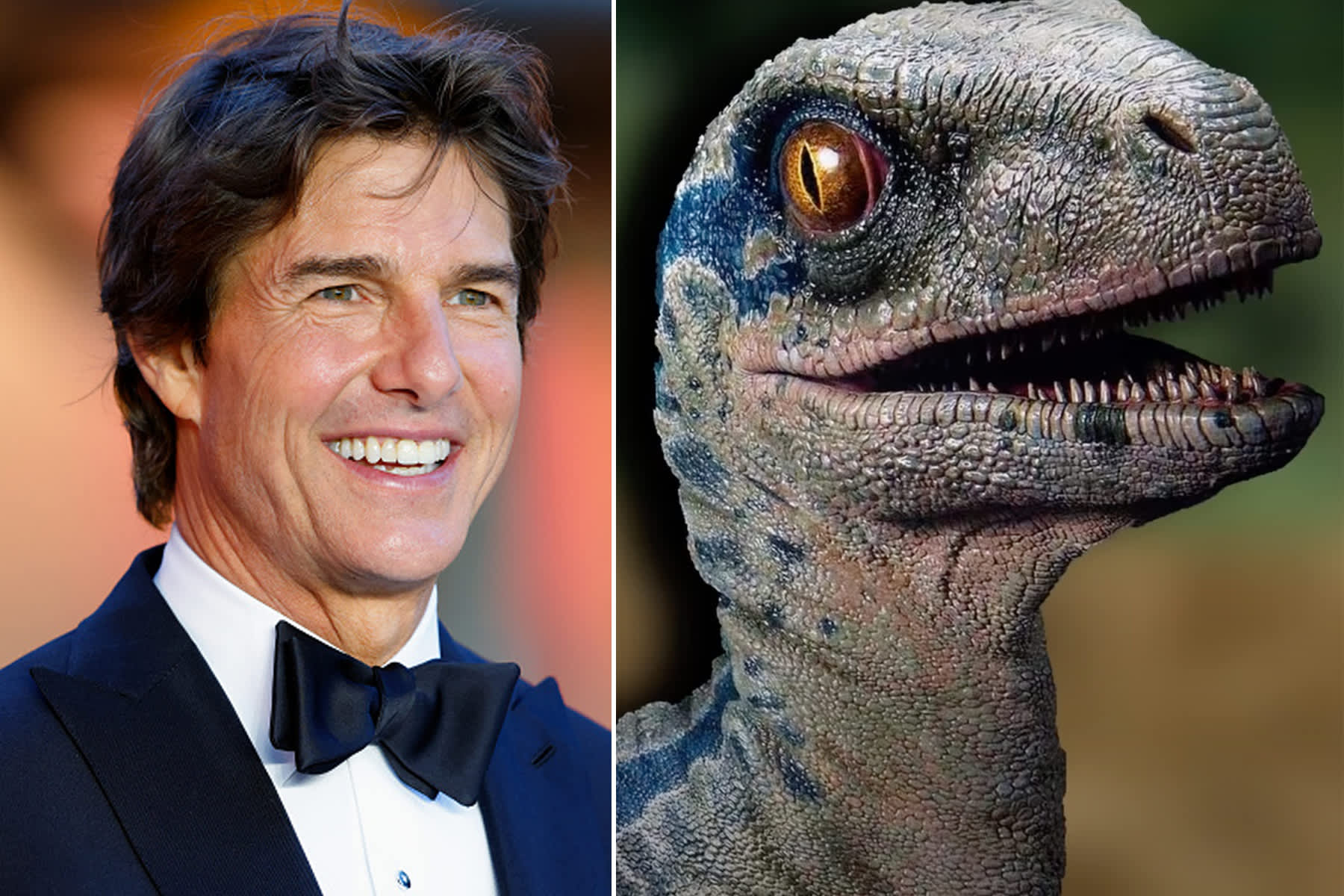 ‘Jurassic World' Vs ‘Top Gun': Two Blockbusters Are Squaring Off at the Box Office for the First Time in a While

The hefty haul is yet another sign that the box office is continuing to rebound this summer. With the blockbuster successes of films like “Doctor Strange in the Multiverse of Madness,” “Top Gun: Maverick” and now “Jurassic World 3,” audiences are coming back to movie theaters more consistently.

The film, which had a reported $185 million price tag not accounting for marketing and promotion costs, opened on 4,676 screens in the U.S. and Canada, starting with preview showings Thursday. Audiences were 56% male and 54% over the age of 25, according to Universal.

Critics were not kind to the dino extravaganza, but audiences seem to be enjoying themselves based on exit polls. Moviegoers gave it an A- CinemaScore and an 81% audience score on Rotten Tomatoes, suggesting that word of mouth will be strong in the coming weeks.

“You want to see dinosaurs on the big screen, it doesn’t matter what critics thought,” said Paul Dergarabedian, the senior media analyst for Comscore.

And many moviegoers did opt for the biggest screens possible. Globally, IMAX showings of “Jurassic World: Dominion” represented $25 million of the total. The 3D format also accounted for around 25% of worldwide ticket sales.

“The appetite for the colossal creatures in this franchise is still voracious, and the way audiences want to experience this movie is in 3D,” said Travis Reid, the CEO and president of Cinema for RealD, in a statement.

Both “Top Gun: Maverick” and “Jurassic World: Dominion” are an important caveat for an industry that continues to learn new lessons about pandemic-era moviegoing every week. Although both films are legacy sequels, neither are of the superhero variety, which, for a long time, had seemed like the only pandemic-proof genre.

“Top Gun: Maverick” is still coasting in rarefied skies too: It fell only 44% in its third weekend with an estimated $50 million to take second place, bringing its North American total north of $393.3 million. “Doctor Strange 2,” in its sixth weekend, was a distant third with $4.9 million.

This weekend is only the third of the pandemic era in which the total domestic box office surpassed $200 million, according to box office tracker Comscore. The others were “Spider Man: No Way Home,” in December, and “Doctor Strange 2,” in May. But this is the first time there has been space for two movies to do well.

“Pretty much all the big blockbuster weekends that we’ve had over the pandemic have been dominated by one movie,” Dergarabedian said. “In this case, we have two big blockbusters in theaters at once. This is the recipe for success that theater owners have been waiting for over the course of the pandemic. It’s an important milestone.”

“Dominion,” a co-production of Universal Pictures and Amblin Entertainment, is the third film in the “Jurassic World” trilogy, which began in 2015 and introduced characters played by Chris Pratt and Bryce Dallas Howard. The newest installment brings back actors Laura Dern, Sam Neill and Jeff Goldblum from Steven Spielberg’s 1993 “Jurassic Park.”

Colin Trevorrow, who stewarded the “World” trilogy and directed the first film, returned to direct “Dominion,” in which dinosaurs are no longer contained and locusts are threatening the world’s food supply.

The filmmakers have said “Dominion” is intended to be the last of the “Jurassic World” films, which have been enormously profitable with over $3 billion in ticket sales. The first earned over $1.7 billion globally alone. Including the original “Jurassic Park” trilogy, that number skyrockets to $5 billion.

“Jurassic World 3” should continue performing throughout the summer, Orr said. Universal Pictures also has a number of diverse, high-profile and theatrical-only releases coming in the next few weeks, including the horror film “The Black Phone,” “Minions: The Rise of Gru” and Jordan Peele’s “Nope.” And this vote of confidence in movie theaters is promising.

“This is a tremendous start to our summer,” Orr said.

NBC and Universal Pictures are part of the NBCUniversal family