Both were nominated a total of nine times in the categories of Artist, Album, Song and Collaboration, and Social Artist of the Year -- followed by Puerto Rican Reggaeton artist Bad Bunny, who trails behind with eight nominations in the same categories.

The Latin AMAs nominations were announced this week. The annual award ceremony, produced by Telemundo and Dick Clark Productions, returns to the airwaves with their sixth edition after being forced to take a hiatus back in 2020 due to the ongoing COVID-19 pandemic.

"During the last six years, the Latin AMAs has become a global platform for artists that truly resonate with their audience, as the winners are selected based solely on fans’ votes," said Ronald Day, president, entertainment and content for Telemundo. "We are excited to bring our viewers an impressive, star-studded musical event that will also extend across platforms with extensive and exclusive additional content." 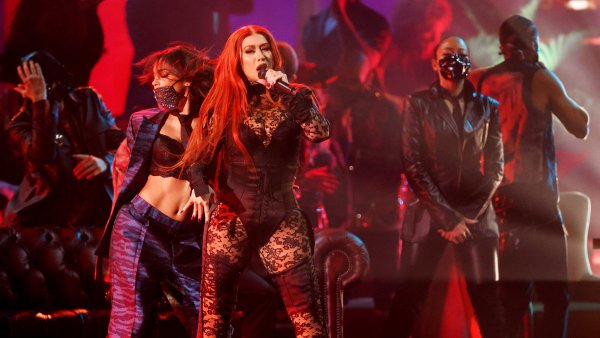 The Latin AMAs are the world’s largest fan-voted award paying tribute to today’s most influential and iconic Latin artists. Nominees are based on key fan interactions with music, including streaming, sales and airplay.

Fans can vote on all categories up to 25 times per day on LatinAMAs.com/vota and on Twitter @LatinAMAs by using the hashtag #LatinAMAs.

The sixth annual Latin American Music Awards will be hosted by Mexican actress Jacqueline Bracamontes and will air April 15 starting at 7 p.m. with the Red Carpet show on NBC 6's sister station Telemundo 51, live from the BB&T Center in Sunrise, Florida.