The Colombian singer accepted his award for Best Latin video for his single and video titled “Que Pena” (“What Shame”) a collaboration with his friend and fellow Colombian singer, J Balvin.

“Tonight is a moment that I will never forget. I am grateful to my fans for voting and having 'Que Pena' win a legendary 'moon person' for my hometown of Medellin,” said Maluma. “We have worked hard to represent Latinos globally and tonight this win represents that.”

Maluma also gave an unforgettable and electric Miami Vice inspired performance for his current global hit “HAWÁI,” which currently stands at the No. 2 position on Spotify’s global charts and featured in his fifth studio album “Papi Juancho.” 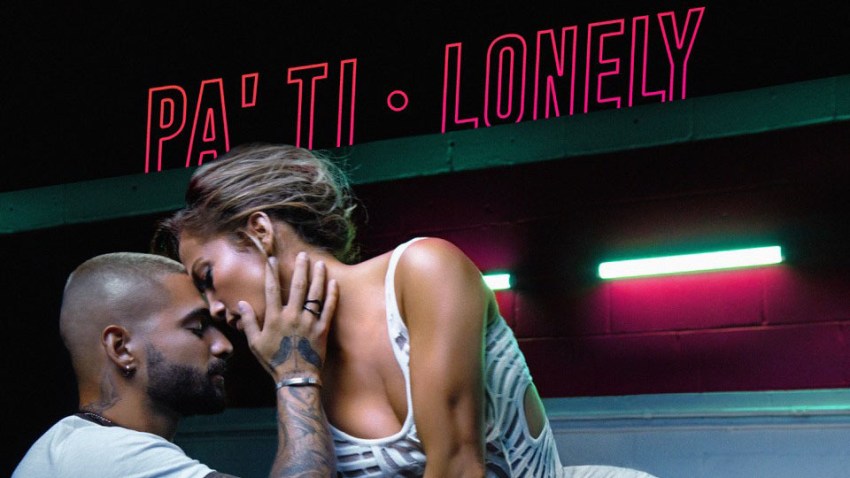 This first ever stage performance of “HÁWAI” took place at an undisclosed drive-in location, where fans enjoyed the show in a safe environment from their cars overlooking the iconic New York City skyline.

This colorful and catchy performance featured Maluma on a motorcycle with an illuminated stage filled with neon lights, palm trees and dancers in custom “Papi Juancho” bathing suits showcasing a Miami-style set.

"Designing my performance look with Olivier was also a fashion accomplishment of what’s to come,” Maluma said. “I was excited he had the vision of who ‘Papi Juancho' is and seamlessly executed this throwback 90's feel with me. For us, it was important to bring the bright colors, good times and nostalgic feel during these unprecedented times."

The Miami Vice inspired suit will be highlighted in the upcoming Balmain Spring-Summer 2021 show on Oct. 2 during Paris Fashion Week.