The booming housing market is pricing many people out of South Florida, and a safety net meant to help those in need is falling short.

South Florida rent spikes are the highest in the nation, according to a report by Realtor.com. The booming housing and rental market is straining an important safety net system, meant to stop needy Floridians from becoming homeless.

Section 8 Housing Choice vouchers are one of the most common ways the government helps people find and keep affordable housing. But many tell NBC 6 Investigators there is simply not enough supply of vouchers to deal with the housing crisis nationwide.

“You would never imagine how tragic it is to be homeless until you’re sleeping on the streets,” David Peery, who lives in Miami, told NBC 6.

He said he’s been in and out of homelessness since 2008 when he lived in Overtown.

Peery’s main sources of income are his social security checks and writing grants for nonprofits part-time – not enough for his own place in a booming Miami market. He now shares a two-bedroom apartment with four people, he said. 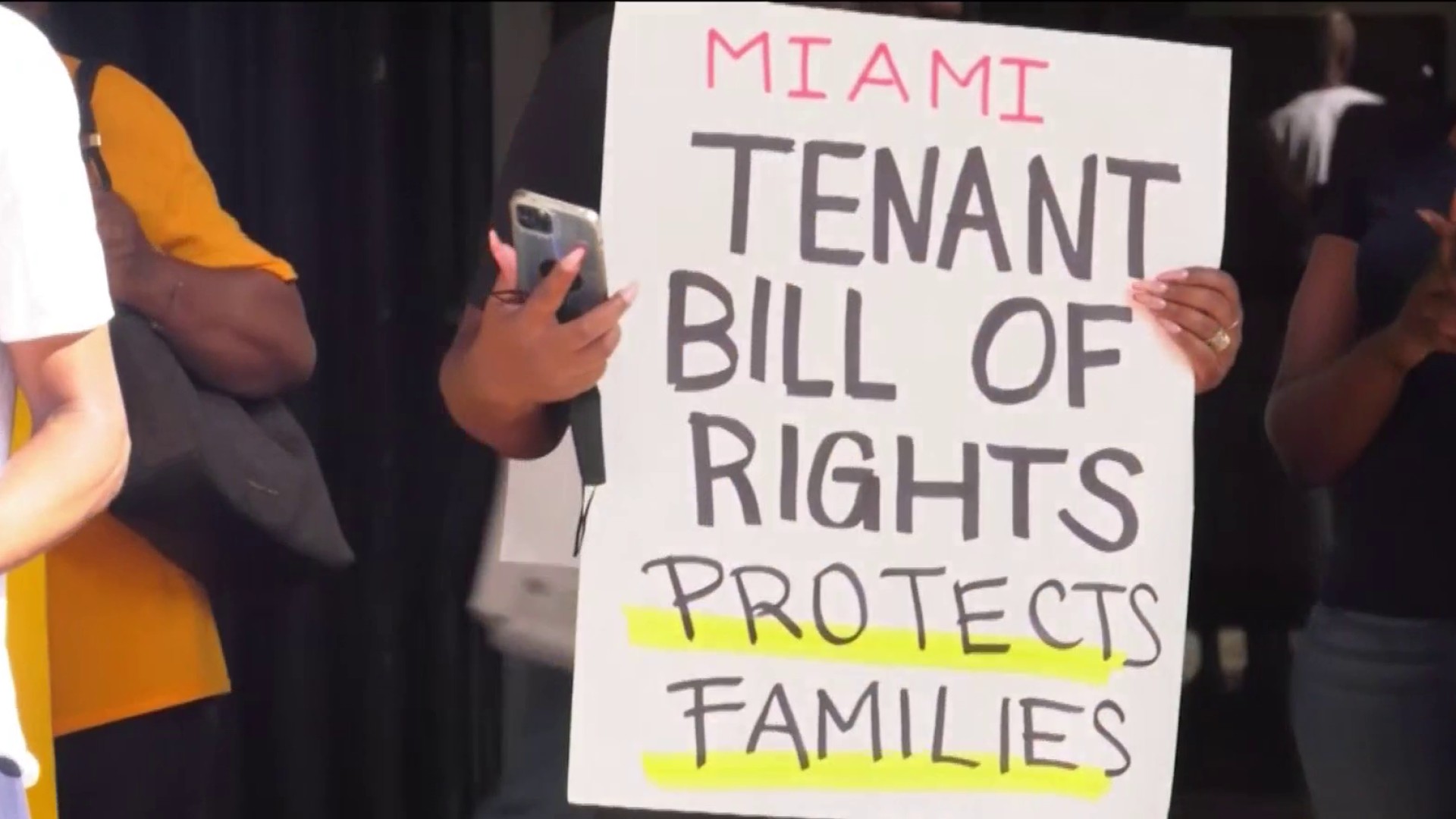 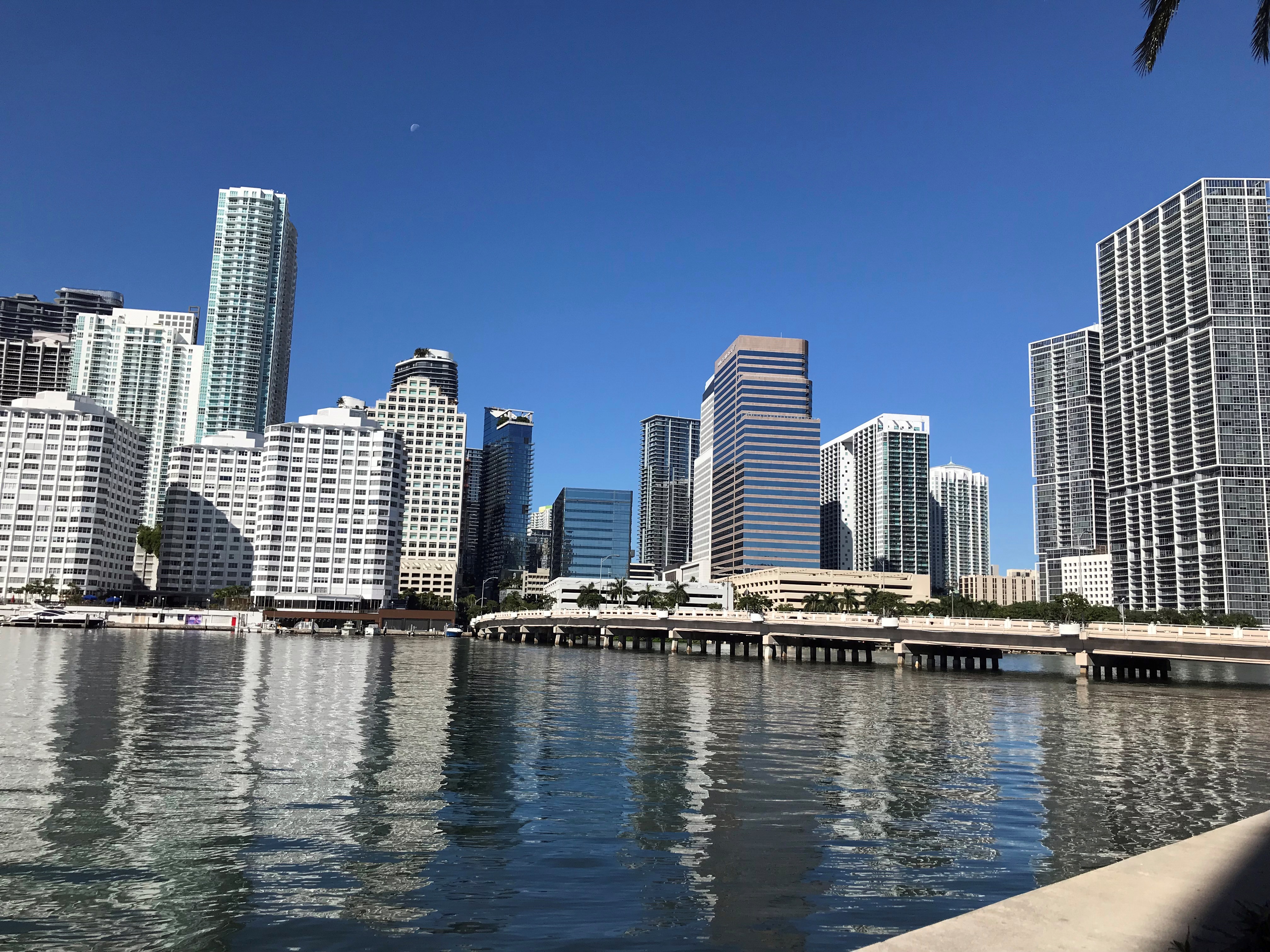 Peery is one of the 90,000 people in Miami-Dade County who applied for 5,000 Housing Choice vouchers last year.

The county implemented a lottery system with luck determining who received government help.

Peery wasn’t among them.

“You’re just fighting over these crumbs. These crumbs aren’t there. You really just see no way out. There’s no hope on the horizon,” Peery said, adding “It’s tragic. It’s a cruel joke. It really is.”

According to the U.S. Census Bureau, there are more than 700,000 people living in poverty in Miami-Dade and Broward County.

Section 8 vouchers are the largest program helping people with rent in South Florida.

Through public records requests, NBC 6 Investigators found in those two counties 36,310 use a housing voucher from the 11 offices that approve them. That’s just 5.15% of the total people living in poverty in those counties.

South Florida is always in need, he said, but the rising rental market strains more people than ever before.

Records obtained by NBC 6 Investigators show 11,007 people are approved for a voucher in Miami-Dade and Broward County but on a waitlist because the vouchers are not available.

“A lot of it is simple supply and demand,” Liu said.

The number of vouchers is largely determined by what Congress budgets for the Department of Housing and Urban Development (HUD). Liu’s job locally is to administer the program to get the money out as fast and accurately as possible.

HUD largely sets the rules and amounts of vouchers. The department did not grant NBC 6 an on camera interview.

Do the Vouchers Cover Enough?

Some voucher holders in South Florida tell NBC 6 they still struggle to pay for rent because vouchers often don’t cover the full amount.

HUD uses census data to determine the average cost of rent – known as the “Fair Market Rent” (FMR). Then, they add other factors like inflation and the amount of new movers to the area. That formula, however, doesn’t always match up with facts on the ground of a booming market.

“The challenge is that HUD’s numbers are not updated as often as people would like,” Liu said, saying the region is facing similar problems long known to New York City, Northern California, and Hawaii.

Director Liu said while it may take some time to find a unit, the vouchers can be used and still help thousands of people in the market.

“That does mean that it’s a challenge for voucher holders to find perhaps their unit of choice. It does require compromise in terms of where you might go,” Liu said.

With low wages and a skyrocketing market, Miami-Dade County has more people than any other place using 30% or more of their income on rent – what Liu calls “the epicenter of the cost burdened in the United States.”

A spokesperson for HUD said local housing authorities can go above the amount set by 20% on their own, adding they can go up even more with permission from HUD.

On May 1, the Miami-Dade County Public Housing and Community Development Department increased the FMR by 10%, bringing a one-bedroom FMR to $1,465 per month and a two-bedroom to $1,839 per month. However, HUD did not provide additional funding for local agencies to jump up more and Miami-Dade County does not have the money to do so, according to a county spokesman.

Experts tell NBC 6 Section 8 Housing vouchers are not a one size fits all solution. Their goal is to stop the neediest from becoming homeless.

South Florida received tens of millions in the Emergency Rental Assistance Program (ERAP) to help people pay rent in response to the pandemic. However, that money is expected to run out by the end of the year.

“Any further support from the federal government would be great,” Liu said.

Meanwhile, many in South Florida, like Peery, are facing an unaffordable market.