Unable to Get a Vaccine Appointment, Some Turn to Leftover Doses

Some have set their sights on so-called leftover vaccines – those not used up because of missed appointments throughout the day.

As of Thursday, over 2.1 million people had received the COVID-19 vaccine in Florida. It is unclear how many of them got a leftover dose, which is offered by some providers when patients cancel or don’t show up to their vaccine appointments.

“I was fortunate,” said Byron Stout, 73, who received a leftover dose along with this wife, Grace.

The Southwest Florida couple got their first dose after Byron says their Publix pharmacist reached out and offered them leftover doses.

“He called me in the evening and told me he would have a couple of extra shots,” Byron said. “The guy is really a hero.”

A hero, Byron said, because he helped protect Grace, who suffered through breast cancer treatment over the past year.

“It was critical for us to get vaccinated,” Byron said. 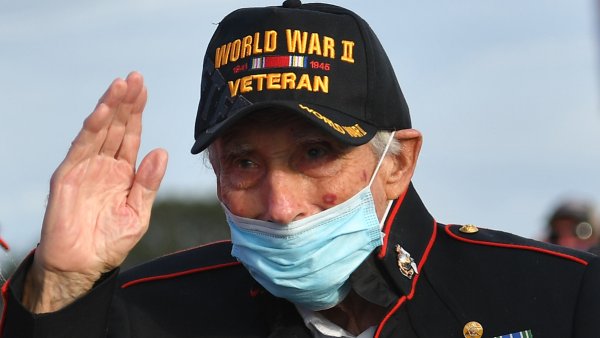 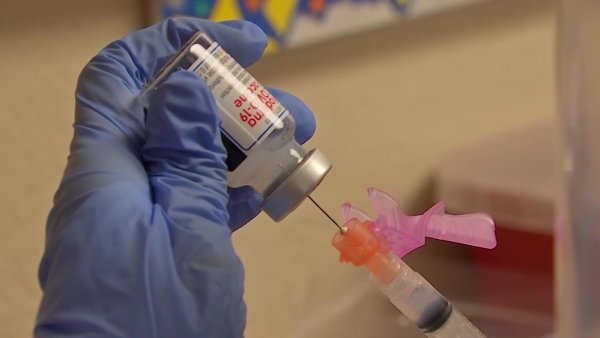 “From my understanding, it’s a very small number that would be leftover vaccines,” Holness said.

The 63-year-old said he got a leftover vaccine at a January pop-up vaccination event.

“When we couldn’t find anyone else, I decided, 'yes, I’ll take the shot’ even though I wasn’t of age yet because we didn’t want to waste any,” Holness said.

In January, the state reported only a small number of COVID-19 doses – 3,344 – had been wasted either because the vials had broken or because they had been thawed out and unable to be administered within the recommended time for use.

While it’s unclear how many people who have received leftovers in our state are younger than 65 and not a health care worker, NBC 6 Investigators found getting access to one can be difficult.

The NBC 6 Investigators visited three popular public sites in South Florida with no luck. At a Jackson site located in Opa-locka, our team was told they had stopped giving them on site.

“Do you have to be 65 or older to get a leftover?” we asked. The majority of those pharmacies said yes, unless you are a health care worker. None had leftovers available on the days we called.

In an email, a Publix spokesperson said, “The goal is to administer every vaccine. If a customer is a no-show, their appointment is pivoted back into cycle for when the reservation system reopens. Our pharmacists keep track of the vaccine vials, how many remaining doses and appointments left for the day. If there is a dose remaining at the end of the night, we look to administer the doses to associates that are 65 and older according to the priority set by the Governor’s office.”
We reached out after we did our survey and we’re waiting to hear back.

When you finally get your COVID-19 vaccine, you may be tempted to celebrate by posting a pic of your vaccine card on social media. Resist that urge. LX Host Nik Z talked with Sandra Guile of the International Association of Better Business Bureaus about how this could make you vulnerable to identity theft and other scams.

In Miami-Dade, there are four vaccination sites currently operated by the county: Tropical Park, Zoo Miami, Dolphin Park and Ride and Miami-Dade Campus North. The sites follow a discard policy that prioritizes health care workers on-site, those 65 or older, and others, eventually allowing for leftover doses to go to anyone at a site, regardless of their age.

Jackson Health System told NBC 6 they prepare “…only the necessary amount of doses to ensure we do not have leftover and are not creating any waste. In the afternoon, as we get closer to the last appointments of the day, our pharmacists carefully monitor the number of people who enter our facility for their scheduled shots to ensure that only the exact number of syringes are prepared.”

Memorial Healthcare System said their policy “…is to use every dose of the COVID-19 vaccines we have on hand.” In a statement, a spokesperson also said, “Memorial’s pharmacy team prepares the vaccines based on demand per hour, and we also proactively call others ahead of their scheduled time to ensure every dose is used…However, there are times when someone cancels last minute or there is a no show, and despite best efforts with our strategies, we’ve had about a handful of doses leftover thus far.”

HOPING FOR A LEFTOVER

“God forbid I catch the COVID, it’s a death sentence for me,” said Kevin Waterman, who suffers from severe COPD and an autoimmune disorder.

The 62-year-old veteran said he asked about leftover vaccines during a recent visit to the VA, since at the time he did not meet the age requirements for a regular appointment.

Kevin Waterman, 62, didn't quite meet the age requirement for a COVID-19 vaccine. But since he has an autoimmune disorder, he was desperate to get a dose.

“I said, look, why can’t you start a telephone list,” he said. “I’m only 15 minutes away. I will gladly race up here and take the vaccine. She said, ‘sir, I’m not authorized to do that.'"

As of Feb. 5, the VA told NBC 6 out of the 135,444 doses administered statewide, roughly 80 had been discarded for a number of reasons. The VA did not say how many of those were leftovers, but a spokesperson told NBC 6 no leftover doses had been discarded in Miami-Dade, Broward or Monroe counties.

“There’s got to be a better way,” Kevin said. “I think people got to start thinking out of the box.”

Kevin said he had to quit his job last year because of his elevated COVID risk. He told NBC 6 he has been staying home as much as possible while he waited his turn to get vaccinated.

“I can’t tell you right now where I am on the list,” he said. “I keep calling my doctor and asking – still don’t have an answer.”

On Thursday morning, about two weeks after his interview with NBC 6, Kevin’s wait came to an end. He said he finally received his first dose after the VA announced veterans like him, who are younger than 65 and have a high-risk medical condition, were now able to sign up to get a COVID-19 vaccine.