Couldn't Make it to the Olympics? Take a Tokyo Tour with Us

Get a look behind the scenes of the Olympic Games, and see Tokyo from our staff visiting the megacity.

After a year-long delay and protests over fears about the spread of COVID-19, it's amazing that the Tokyo Olympics happened at all.

But while the Games went on, the tone has been different. There are no fans in the stands — the only spectators are press, for the most part. And COVID-19 quarantine rules meant that even reporters covering the Games were isolated for weeks, forced to look at the city from the windows of a bus when they went outside at all.

Since then, they've been let outside for more than 15 minutes at a time and gotten to see the amazing city, facilities and try some of the local food.

If you were itching to go to the Olympics and couldn't, or you're just curious, scroll down to see Tokyo from the ground — and the stands — through the eyes of our reporters. 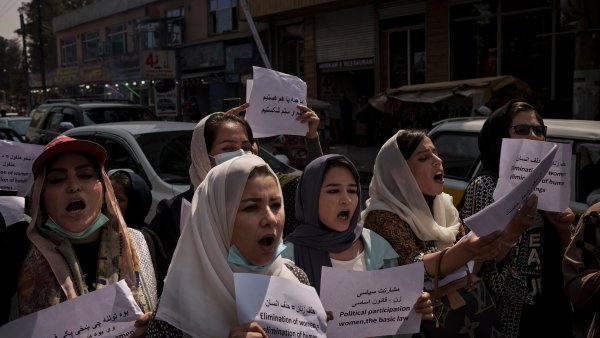 Check out the skateboarding park

Holding the Olympics during a pandemic means lots of empty seats that were supposed to be filled with cheering fans. NBCLX storyteller Chase Cain takes you to Ariake Urban Sports Park in Tokyo, where the first-ever Olympic skateboarding competition was held, to learn what it’s like to be one of the only fans in the Olympic stands — and how all that quiet affects the athletes competing.

Being the only fan inside a stadium has its challenges. Your cheers stick out a lot more without a crowd backing you up, NBCLX storyteller Chase Cain shows us.

And for competitors like U.S. skateboarders Nyjah Huston and Jagger Eaton, it can be tougher to get hyped up without the energy of a crowd.

Some athletes ended up relying on music, rather than cheers, to get in the zone.

"I'm an athlete that really thrives off fans. I always love to hear the excitement in the crowd. Not having that today was kind of why I had my headphones in," Eaton said.

Get whiskeyed away to the liquor store

Japan is the 4th-largest exporter of whiskey in the world, and may have gifted an expensive bottle to Mike Pompeo when he served as U.S. Secretary of State. NBCLX Storyteller Fernando Hurtado searched all over Tokyo for liquor, or one just like it.

Japan has thousands of convenience stores, and unlike in some parts of the U.S., these stores can sell wine and spirits. With big brands like Suntory and Nikka, Japan is fourth-largest exporter of whiskey.

But what's the price tag on those brands? NBCLX storyteller Fernando Hurtado visited liquor and convenience stores on the hunt for a mysterious missing $5,800 bottle of whiskey that was allegedly gifted to U.S. Secretary of State Mike Pompeo in 2019.

You can watch him get a look at the top shelf in a few stores above.

Going behind the scenes at Tokyo Olympic Stadium

The Tokyo Olympic Stadium’s 68,000 seats won’t be filled during the events this year, so its incredible views will only be appreciated by a limited group. That includes NBCLX storyteller Chase Cain, who got access to take you on a behind the scenes tour — from the floor where the athletes will compete to the nosebleed seats to even its spotless bathrooms.

Tokyo Olympic Stadium was designed to hold 68,000 people, but only a select few were allowed in the stands at the venue.

It's built on the site where Japan hosted the 1964 Olympic Games and includes timber sources from all 47 prefectures of Japan.

During a behind the scenes tour, Chase got to run out into the center of the arena for all of us to see!

There’s a shrimp filet sandwich, the Ebi Filet-O, only available at Japanese McDonald’s restaurants. Another chain, KFC, has a big presence in the country too…but Japanese dishes like ramen and sushi have been a big draw for journalists covering the Tokyo Olympics. NBCLX Storyteller Fernando Hurtado shows you the food of Japan that was available in quarantine, and his first meal after his quarantine was up.

Lots of journalists in Tokyo for the Olympic Games were getting ramen and sushi. But during his mandatory quarantine, Fernando was mostly in the mood for comfort food.

He ordered Japanese KFC for some fried chicken (of course) and had to get McDonald's even though there's McDonald's at home. Our colleague Amanda Plasencia from NBC Miami opted for the Ebi Filet-O, a shrimp burger that Mickey D's only sells in Japan.

See the sleeping pods in a capsule hotel

The concept has taken off in Japan in recent years, but recently, the pandemic decreased demand for the tiny sleeping pods.

"Taller than I thought it would be," Fernando said, as he stretched his hand upward in the small capsule.

In the packed city of Tokyo, "capsule hotels" offer an affordable spot to stay for $25 to $50 a night. You get a curtain as your door, access to communal bathrooms and lockers for your stuff.

Would you stay here?