The partisan war over how voters cast ballots in a pandemic isn’t just leading more Democrats to plan on voting by mail this fall; it’s also leading far more Democrats than Republicans to heed United State Postal Service warnings to play it safe and get ballots in the mail well before Election Day.

An NBCLX/YouGov poll of 3,244 U.S. adults, conducted between Sept 11-14, reveals 65% of Democrats who say they plan to vote by mail expect to send their ballots off at least a month before Election Day, compared to just 49% of independents and 40% of Republicans who responded the same way.  Only 8% of Democrats who said they’ll vote by mail plan to wait until the last week before Nov. 3 to cast their ballots, compared to 14% of independents and 18% of Republicans.

Left-leaning voters are also the most likely to rely on the USPS to deliver their ballots, with 65% of U.S. adults who identified as Democratic responding that they’ll vote by mail this year, compared to just 49% of those who identified as independent and 35% of those who responded as Republican. With 51% of all adults surveyed responding that they planned to vote by mail this fall, a record number of mail ballots – perhaps upwards of 75 million – could be cast for the presidential election. 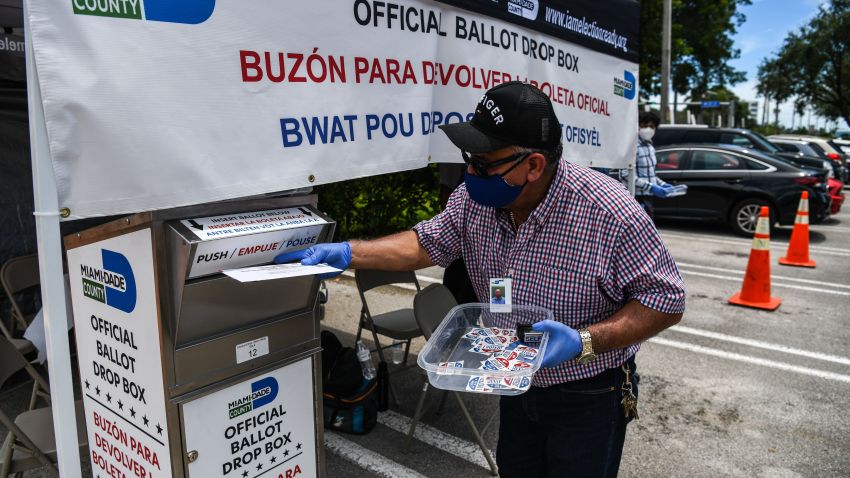 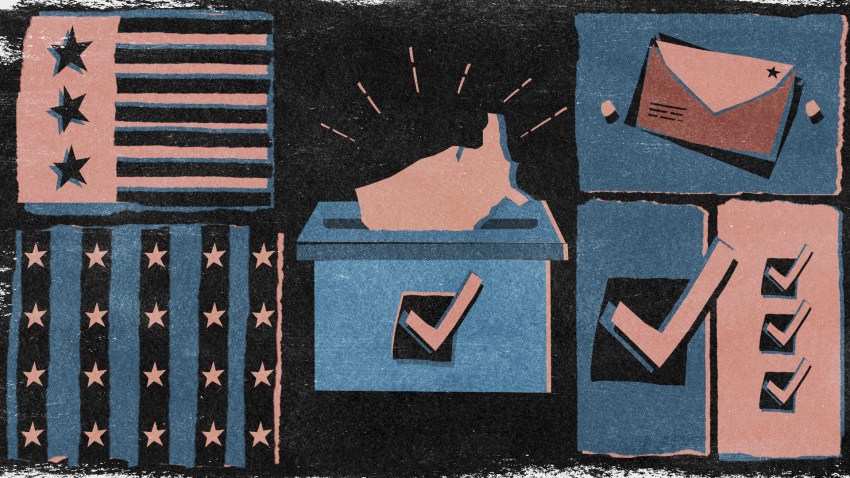 The Myth: My Vote Doesn't Matter

Despite concerns that the USPS may not be able to deliver those ballots on-time, a recent NBCLX investigation – in partnership with NBC Owned Television Stations across the country – found most first-class mail was still getting delivered within five days. However, a small percentage of mail was taking much longer, so USPS officials and elected leaders alike are warning voters not to wait until the last minute to send off their ballots.

Postmaster General Louis DeJoy testified before Congress in August that voters should plan to mail their ballots at least one week before Election Day, just to be safe.

Chase Cain suggests that the president might want to ask all of the Republican congresspeople who won during all-mail elections if they agree. And you might be surprised by which party actually makes up the majority of mail-in-votes in key swing states.

And while attempts to identify widespread mail fraud have repeatedly come up empty-handed, voting by mail does come with additional risk:  the chance that the ballot may get thrown out for a missing or mismatched signature, or other mistake by the voter.

Millions of ballots have been rejected in recent years over various discrepancies; however, some states allow elections supervisors to contact affected voters if the mistakes are noticed well enough in advance of Election Day.

When it came to age, young voters and older voters were the most likely to want to vote by mail this year; 55% of U.S. adults between the ages of 18 and 34 - plus 52% of voters 55 or older - responded that they planned to cast mail ballots this year, compared to just 46% of adults between 35 and 54.   But there was no discernable difference between the generations when it came to how early they planned to mail their ballots.

The poll weighted results to be nationally-representative, and the margin of error was approximately 2.4% for the overall sample.

For more stories about protecting the integrity of the vote - and how you can register, find your polling place, or request a mail ballot – visit LX.com/Vote.