Mahisha Dellinger was feeling disenfranchised about her experience as a marketing manager in corporate America when she decided to risk her personal savings to become an entrepreneur. She started her hair care line Curls in 2002 after struggling to find natural options on the shelves. Dellinger also struggled to find financing. She ended up starting Curls with $30,000 in personal savings.

"Despite having great personal credit, I couldn't get a small business loan to save my life," she said. "That's a challenge that women of color, people of color still experience today." 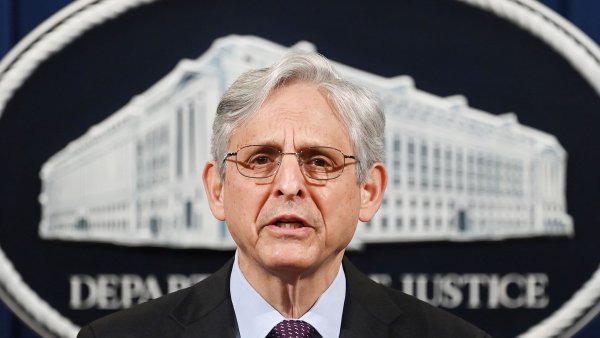 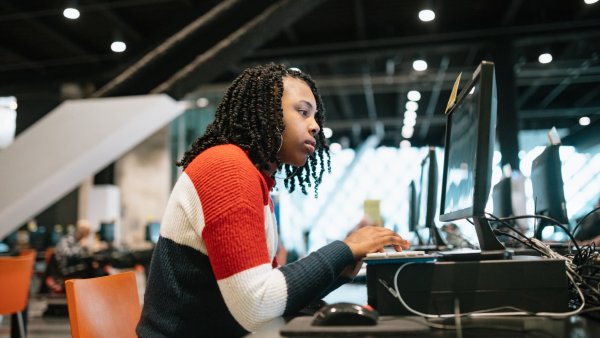 But Dellinger succeeded in spite of the challenges. The Curls brand can now be found on store shelves across the country including Walmart, Target, CVS and Kroger, as well as on Amazon, and although Dellinger wouldn't disclose sales figures, she said Curls has seen growth every year.

"I found myself desperate to take back control," says Dellinger. "Becoming an entrepreneur and owning my destiny was my opportunity to change that narrative."

Her success is matched by a growing peer network of Black entrepreneurs in the beauty sector who are overcoming the financing challenges to reach a multi-billion-dollar Black consumer market that historically has been underserved by retailers. African-Americans possess $1.2 trillion in spending power, according to Nielsen and the Black hair care industry alone generates billions in annual sales, according to Essence.

Personal funding is also how Melissa Butler, founder and CEO of The Lip Bar, got her start in 2012. Like Dellinger, she started the cosmetics brand with around $30,000 of her personal savings, spurred by frustration with a beauty industry that centered on a singular archetype. For the first three years, Butler made every single product sold by hand.

"Every penny that we made, we reinvested into the business," said Butler (Dellinger did the same). "For the first several years, I didn't pay myself, my creative director and business partner," Butler added.

A key moment for both beauty entrepreneurs was deals with Target. Curls was able to expand to a wider customer base after a buyer with Target called Dellinger in 2009. The buyer was looking to revamp the store's offerings after noticing chemical relaxers were no longer flying off shelves as more women embraced the natural hair movement.

Curls, along with three other brands, was given a test in 105 Target stores to see how they would perform.

"That one shot actually gave us the chance to go to the other retailers," Dellinger said. "That changed the entire path of the business."

Butler said her confidence in seeking capital didn't come until The Lip Bar expanded into Target in 2018. The brand started on Target.com before doing a 44-store test and then expanding into hundreds of stores. But despite being sold at one of the nation's largest retailers and knowing her company was ready for growth capital, The Lip Bar still faced difficulty in securing financing.

"Part of that is because the people that are writing those checks, especially at that time, were, again, white men at the helm who again weren't the end user of the product," Butler said. "They thought that the beauty industry was really just owned by those heritage brands like the L'Oréal's and Maybelline's of the world."

She was able to eventually fundraise with the New Voices Fund, a fund created by Richelieu Dennis, the founder of Shea Moisture, which focuses on investing in women of color, receiving $2 million from the fund in 2018.

While former First Lady Michelle Obama teamed with the brand for a lipstick to encourage voter registration and current First Lady Dr. Jill Biden made a visit to the company's flagship store in Detroit last fall, Butler says a Target memory remains the most meaningful in her success path. "My niece at the time was in 5th grade and she went into a Target store and she saw my face on our Target display," Butler recalled. "So, she's taking pictures with it and for Career Day, they were all to dress up as someone and she dressed up as me."

Bootstrapping a business to venture capital

CurlMix founders Kim and Tim Lewis initially self-funded the brand when it started out in 2015 as a DIY subscription box company for consumers to make their own hair products. However, they ended up pivoting to becoming a hair care line in 2018. That same year, they were able to get $25,000 in financing from Backstage Capital, a venture capital fund founded by Arlan Hamilton and focused on investing in women, people of color and LGBT founders.

After the funding, their company reached $1 million in revenue in 2018.

The growing success led to the CurlMix founders making it onto "Shark Tank" and ultimately declining a $400,000 offer from Robert Herjavec for 20% of the company, which turned out to be a wise decision.

"After we went on 'Shark Tank,' I got a call from the CEO of LinkedIn and his partner and they were like "Can we invest a million dollars?" Lewis recalled of the conversation with former LinkedIn CEO Jeff Weiner.

CurlMix ended up raising $1.2 million in a seed round — the start-up is currently valued at $12 million — and hit $5.5 million in revenue in 2019, and $6 million in 2020. The founders said the pandemic caused them to pull back on advertising spend last year, but overall the business remained stable.

According to McKinsey, 58% of Black-owned businesses were at risk of financial distress compared to 27% of white-owned businesses pre-pandemic, and the pandemic has increased that gap. Between February and April 2020, 41% of Black-owned business ended up closing. The pandemic's impact on Black women entrepreneurs is even more stark. A May 2020 report from digitalundivided shows that 98% of Black women entrepreneurs reported their business being directly impacted by Covid-19 and 82% reported experiencing a loss in revenue.

Pre-pandemic, Curls would do in-person events such as trade shows and pop-ups across the country with its Curl Ambassadors, but it made the online pivot. "They started to do a lot of great, creative digital events and so that was a quick pivot that my team was very fast at doing and has been very successful at doing," Dellinger said, and she added that Curls' sales have remained strong and demand is even higher than pre-pandemic.

"People were looking to do more with their skin and pamper their hair," Dellinger said.

The Lip Bar changed its marketing strategy to focus more on consumers stuck at home but who don't want to look like they're working in their bed, and for online dates. Butler said despite more people staying at home, the company saw 80% sales growth from 2019 to 2020.

The future of funding Black entrepreneurs

According to digitalundivided's ProjectDiane report, 93 Black women secured $1 million dollars in investor backing for their business in 2020 compared to just 38 Black women in 2018. The number of Black women receiving venture capital remains below 1%.

Over the last year, retailers have stepped up to help address some of the disparity facing Black-owned businesses and brands. Retailers like Sephora and Macy's have signed onto the 15 Percent Pledge created by Aurora James, committing a minimum of 15% of their shelves to Black-owned businesses. Beauty retailer Ulta recently announced that it aims to double the number of Black-owned brands in its stores by the end of 2021.

Black entrepreneurs are also breaking barriers in some of the consumer market's newest niches.

Dorian Morris launched beauty and wellness brand Undefined Beauty in 2018 after recognizing the need for a beauty brand incorporating "plant-magic" like CBD.

"Wellness has had one face and she was skinny, affluent, blonde, white and we all deserve access to wellness. So Undefined is really about changing that narrative, democratizing wellness and doing it in a fun, fresh way," she said.

Undefined Beauty's products were selected to be a part of Nordstrom's New Inclusive Beauty Category launched last October, and start-up is taking part this month in the Target Takeoff accelerator program for consumer brands seeking to grow their retail footprint.

Morris says part of the reason her business is still self-funding is because of the additional pressure she feels as a Black entrepreneur to make sure her product is a success before seeking outside money.

"I wanted to make sure that this actually had traction and that this was actually going to be something  that could be successful," Morris said. "Because I find that if I was a white man raising money and my business failed, they would say 'It's okay, Chad, you'll get them next time.' But being a Black woman, if I raised money and it failed, that means a lot from a representation standpoint for other Black entrepreneurs that come behind me."

CHECK OUT: Here's the credit score you need to buy a home via Grow with Acorns+CNBC.