Drug Shortage Experts: What Consumers Need to Know During the Coronavirus Pandemic

As America waits for grocery stores and sites like Amazon to restock toilet paper and thermometers, many wonder, what will happen with other essentials? Experts say there won't be major disruptions in food supply, but analysts have expressed fears over disruptions in the drug supply chain.

So what does that mean for consumers?

Here's what the top drug shortage experts told CNBC Make It about supply chains around prescription drugs, and what to expect during the coronavirus pandemic.

Most large pharmacies and drug wholesalers keep at least a month or two of prescription meds as backup, and pharmaceutical companies store medications in case of supply disruptions.

But during this pandemic, the drug supply "is not unlike the toilet paper situation," where stores may be temporarily out of stock due to people panic buying, not because of major supply chain issues, Michael Ganio, director of pharmacy practice and quality at nonprofit American Society of Health-System Pharmacist (ASHP), tells CNBC Make It.

Erin Fox, a drug shortage expert, says that when the coronavirus outbreak began, many worried that the United States would see drug shortages because so many of the raw materials used to make various medications are exported from China, which was under an economic shutdown due to COVID-19. 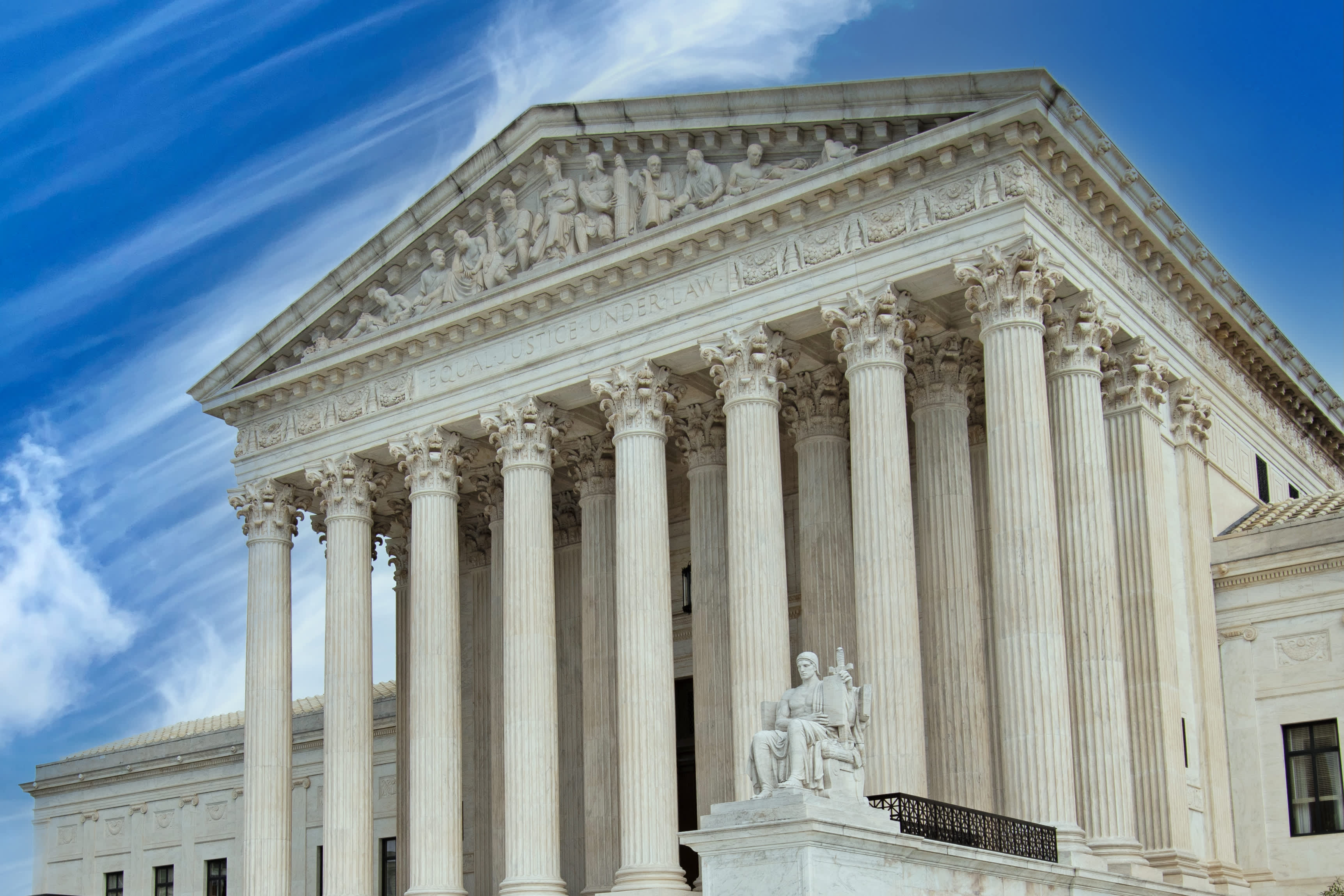 "Everyone was really, really worried but that doesn't seem to be coming true," says Fox, who as senior director of drug information and support services at The University of Utah, tracks such shortages.

"We're much more likely to see ... shortages of drugs due to a sudden increase in demand," she says, which will be temporary.

Ganio agrees and encourages people who need medication not to overbuy.

"Don't panic and try to get as much as you can, because that means the next person who tries to go get their medication may not have access to it," Ganio says.

But so much information is considered 'trade secret' by pharma

When it comes down to it though, no one knows exactly how or what medication could be affected by the pandemic, because everything in the manufacturing process of a drug — from what factory makes it, to the list of raw materials used and where they come from — is considered by "pharma to be a trade secret," according to Fox.

The Food and Drug Administration isn't even privy to the information and is only alerted to shortages by the drug companies. Typically, after the FDA learns of a shortage from a drug company, it releases a statement alerting the public. But even that might not be very helpful to consumers.

For instance, on Feb. 27, the FDA announced one drug shortage caused by the coronavirus but did not disclose what drug or where it is made. The FDA noted, however, that there are other available alternatives that can be used by patients and said it was working to mitigate the shortage.

Fox calls the FDA's announcement "pretty frustrating" for both consumers and medical professionals.

"Drug companies aren't required to provide reasons for shortages, just report them to FDA. In this case the FDA had been previously putting out releases saying no shortages due to COVID, but then they got one, so I think they were trying to balance being truthful, but the drug company, whoever it is, refused to let them disclose which drug," she says.

However in this case, the FDA did say it was a drug that was already on its shortage list, so from a doctor or pharmacist's perspective, "it's okay that we don't know, because it's not a new shortage," Fox says. "If it was already on the list, we already had a plan."

In order to require more transparency by drug companies, Congress would have to change the rules, Fox says.

For their part, representatives for Pfizer, Johnson & Johnson and Novartis all told Make It on Thursday that they are closely monitoring their product supplies and global demand and do not foresee any major pharmaceutical supply disruptions relating to COVID-19 at this time. Merck, Roche and the FDA did not immediately respond to CNBC's request for comment.

Pfizer, the world's largest pharmaceutical company, whose popular brands include Advil, Bextra, Celebrex, Diflucan, Lyrica and Robitussin, tells Make It that its supplies have so far not been impacted by the pandemic.

"As of now, we have not seen any disruption in our supply chain or impact to our business. We consistently and diligently monitor the supply of our medicines for preparedness and contingency planning to help ensure products are available for our patients," a Pfizer spokesperson said in a statement on Thursday.

New Jersey-based Johnson & Johnson, the country's biggest drug maker, said it already has backup plans in place to deal with "unforeseen events" such as coronavirus.

"We have robust business continuity plans in place across our global supply chain network to prepare for unforeseen events and to meet the needs of the patients, customers and consumers who depend on our products. These steps include maintaining critical inventory at major distribution centers away from high-risk areas and working with external suppliers to support our preparedness plans," a Johnson & Johnson spokesperson said in a statement on Thursday.

That said, experts have an eye on these drugs

Some analysts are still concerned that coronavirus could disrupt the U.S. drug supply chain as India begins to lock down to combat the spreads of the virus. (It is estimated that 40-50% of all U.S. generic drugs come from India, while China is the world's largest supplier of active pharmaceutical ingredients, according to analysts.)

Fox emphasizes that it is still unknown what effect India and China will have on U.S. drug supplies but thinks average consumer prescriptions will not be impacted.

"I think we're much more likely to see shortages of drugs due to surge in demand such as critical care drugs and medicines needed to keep patients on ventilator machines," she says.

Though Ron Piervincenzi, CEO of the nonprofit United States Pharmacopeia (USP), also doesn't foresee drug shortages reaching the average consumer in the next few months, he expects shortages at hospitals.

"I would say the most troublesome are medicines that are directly used in treatment," he says, including antibiotics (which are used to treat secondary infections in coronavirus patients).

There have been shortages of antibiotics in hospitals for years due to manufacturing quality problems, says Fox, and a good number of the raw materials used in antibiotics do come from China, so that is one area of concern that suppliers have been watching.

But Piervincenzi says antibiotics used by hospitals are often different then the common antibiotics consumers are typically prescribed for run of the mill problems like an ear infection.

"Specialty formulated antibiotics for intravenous use, those are the products that are much more prone to problems," Piervincenzi says.

Still, so far "we're just not seeing additional shortages due to China stopping production," Fox says. That said, there "absolutely could be shortages due to huge surges of [coronavirus] patients" needing the drugs.

As for average consumers who take antibiotics, they "should be able to fill them," says Fox, "but again, if we suddenly see huge surges, it's hard to predict."

Though China did see a dip in drug production during its coronavirus outbreak since January when the outbreak started, many factories there are now getting back to work.

What to do if your prescription is not available

If your local pharmacy does experience a temporary shortage, Ganio says there's no need to panic.

"I think it's important for [people] to understand that their prescriber and their pharmacist are here to help them through this," Ganio says. "The pharmacist is a extremely accessible health provider and if they know that they are going to be in short supply of a drug, they can work with you on alternatives."

Most major prescriptions have multiple alternatives, including a multiple generic brands through an assortment of drug companies.

Why there will soon be tons of toilet paper, and what food may be scarce, according to supply chain experts

Coronavirus stockpiling: Don't waste your money on these items, according to a pandemic planner