Elon Musk Has Officially Been Made the ‘Technoking of Tesla'

Tesla has officially given CEO Elon Musk the title of "Technoking of Tesla" in a new regulatory filing on Monday.

Musk will retain his position as chief executive officer, Tesla said. Zach Kirkhorn, the company's chief financial officer, has also been given a new title: "Master of Coin." 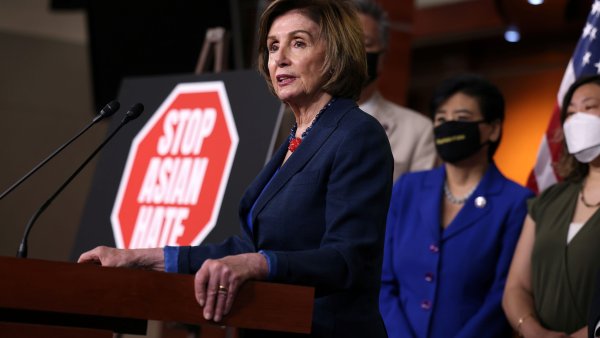 House Set to Pass Bill to Curb Hate Crimes Against Asian Americans, Send It to Biden

In a filing with the Securities and Exchange Commission on Monday, the electric car company said, "Effective as of March 15, 2021, the titles of Elon Musk and Zach Kirkhorn have changed to Technoking of Tesla and Master of Coin, respectively."

It's unclear what has prompted the new titles.

Last month, the company announced it had bought $1.5 billion worth of bitcoin.

Tesla's market cap climbed to more than $800 billion in January before dropping to $563 billion in March, leading some analysts to link its share price to the value of bitcoin, which was also volatile over the period.

The company's shares were up a more than 1% on Monday to trade around $704.

It comes after a report from The Washington Post suggested that Tesla's plant in Fremont, California, had 450 cases of coronavirus after reopening last May. There was a fire at the same plant last week.