But Cheney remained defiant, vowing to continue the fight against Trump.

"I will do everything I can to ensure that the former president never again gets anywhere near the Oval Office," Cheney told reporters after she was ousted as House GOP conference chair during a closed-door meeting.

"The party is in a place that we've got to bring it back from," she said. "We cannot be dragged backward by the very dangerous lies of a former president."

Cheney delivered one final pitch to her colleagues at the top of the meeting, which began around 9 a.m. ET and lasted roughly 20 minutes. 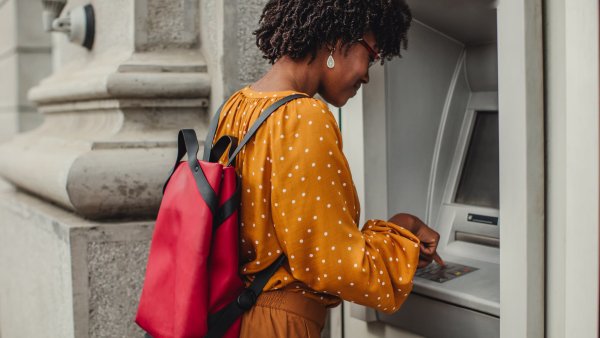 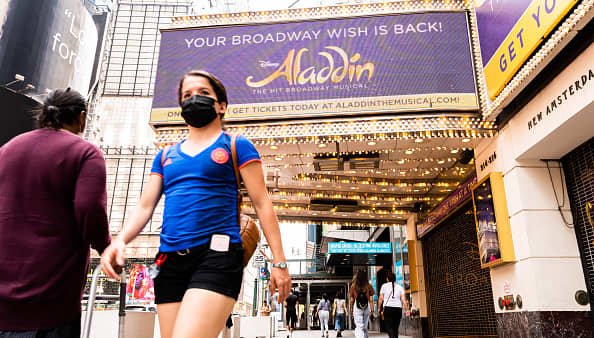 "We cannot let the former president drag us backward and make us complicit in his efforts to unravel our democracy," Cheney said, NBC News reported. "Down that path lies our destruction, and potentially the destruction of our country."

"If you want leaders who will enable and spread his destructive lies, I'm not your person, you have plenty of others to choose from. That will be their legacy," she said.

"But I promise you this, after today, I will be leading the fight to restore our party and our nation to conservative principles, to defeating socialism, to defending our republic, to making the GOP worthy again of being the party of Lincoln," Cheney said.

In a statement following the GOP conference's voice vote, Trump applauded Cheney's removal with a chain of personal insults against the Wyoming lawmaker.

The showdown came days after two other top-ranking House Republicans, Minority Leader Kevin McCarthy and Minority Whip Steve Scalise, said they were through with Cheney as House GOP conference chair.

They and Trump have endorsed Rep. Elise Stefanik, a fourth-term New York congresswoman who gained national attention in 2019 for forcefully defending Trump during his first impeachment trial.

A vote for the new conference chair will be held Friday, McCarthy said at the end of Wednesday's meeting, NBC reported.

The push to swap the staunchly conservative and politically deep-rooted Cheney with the Trump-supporting Stefanik offers a stark example of the GOP's shift toward a firm realignment behind the former president with the 2022 midterm congressional elections coming up.

Cheney, one of just 10 Republicans to vote to impeach Trump on the charge of inciting the deadly Jan. 6 invasion of the U.S. Capitol, survived a prior attempt in February to oust her. At that time, the Wyoming Republican had the backing of her fellow House leaders.

To their chagrin, Cheney in the three months since has continued to bash Trump for spreading the lie that the 2020 election was rigged against him.

In doing so, Cheney, who was the No. 3 Republican in the House, set herself apart from nearly the rest of her conference, which in the wake of Trump's loss has grown only more committed to preserving the ex-president's status as its leader.

Trump never conceded the 2020 election to President Joe Biden and still falsely claims he won the race — though his reach was limited after multiple social media companies banned him from their platforms in the wake of the Jan. 6 insurrection.

There is no evidence of widespread voter fraud. William Barr, Trump's attorney general at the time, said the Department of Justice found no evidence of fraud that would reverse Biden's victory. But public opinion polling suggests large swaths of Trump's supporters still believe illegal voting or fraud changed the outcome of the race.

Some Republicans, including McCarthy and Scalise, have suggested Cheney's refusal to back down on Trump creates a distraction that hurts the GOP's goal of winning back the House in 2022.

"Each day spent relitigating the past is one day less we have to seize the future," McCarthy said Tuesday in a letter that did not mention Cheney by name.

But Cheney, in a searing speech on the House floor Tuesday night and in an op-ed last week, argued that confronting Trump's election lies is practically a patriotic duty.

'Ignoring the lie emboldens the liar'

Cheney has vowed to keep up the fight against Trump's "Big Lie" even if she is booted from leadership. On the eve of the expected vote to oust her, Cheney appeared to get a head start, taking to the floor of the House to make her case.

"Today we face a threat America has never seen before: A former president who provoked a violent attack on this Capitol, in an effort to steal the election, has resumed his aggressive effort to convince Americans that the election was stolen from him," Cheney said.

Trump "risks inciting further violence," she said, and he "continues to undermine our democratic process, sowing seeds of doubt about whether democracy really works at all."

She noted that after dozens of court challenges and official investigations, no widespread election fraud was discovered.

"The election is over," Cheney said. "Those who refuse to accept the rulings of our courts are at war with the Constitution."

"Our duty is clear: Every one of us who has sworn the oath must act to prevent the unraveling of our democracy," she said. "This is not about policy, this is not about partisanship. This is about our duty as Americans."

"Remaining silent and ignoring the lie emboldens the liar."

"I will not participate in that," Cheney added. "I will not sit back and watch in silence while others lead our party down a path that abandons the rule of law and joins the former president's crusade to undermine our democracy."

After the 2020 election cycle, Republicans lost control of the White House and the Senate. But much of the party still sees Trump as its biggest draw.

"He's the most popular Republican in the country by a lot. If you try to drive him out of the Republican Party, half the people will leave," Sen. Lindsey Graham, R-S.C., a committed Trump ally, said Tuesday on Fox News.

"So it doesn't mean you can't criticize the president, it means the Republican Party cannot go forward without President Trump being part of it," Graham said.

While Cheney was ousted behind closed doors, the intraparty row over her views has been aired in broad daylight — leading to some unusual political optics, such as Democratic Senate Majority Leader Chuck Schumer praising Cheney for speaking "truth to power."

"Today, House Republicans declared that those values are unwelcome in the Republican party," Pelosi said.

The Biden administration has largely steered clear of the fight. "We will leave that to them to work out among themselves," White House press secretary Jen Psaki said Tuesday when asked about the GOP power struggle.

But asked about it directly last week, Biden said the GOP looks like it's going through a "sort of mini-revolution."

"We badly need a Republican Party. We need a two-party system. It's not healthy to have a one-party system," Biden said at the White House. "And I think the Republicans are further away from trying to figure out who they are and what they stand for than I thought they would be at this point."

McCarthy and other Republicans are scheduled to visit the White House later this week to discuss the administration's economic investment plans.