The Senate approved the revamp of transportation, utilities and broadband in August. The legislation's passage is perhaps the unified Democratic government's most concrete achievement since it approved a $1.9 trillion coronavirus relief package in the spring. 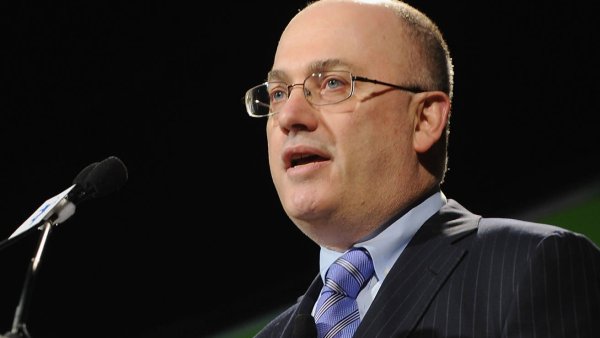 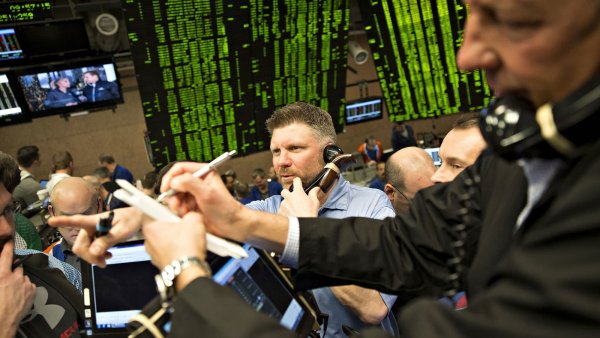 The measure passed in a 228-206 vote. Thirteen Republicans supported it, while six Democrats voted against it. Biden could sign the bill within days.

Washington has tried and failed for years to pass a major bill to upgrade critical transportation and utility infrastructure, which has come under more pressure from extreme weather. The White House has also contended passage of the bill can help to get goods moving as supply-chain obstacles contribute to higher prices for American consumers.

The vote Friday followed a day of wrangling over how to enact the two planks of the party's agenda. The push-and-pull exemplified party leaders' months long struggle to get progressives and centrists — who have differing visions of the government's role in the economy — behind the same bills.

Democrats entered the day planning to pass both the infrastructure legislation and the party's larger $1.75 trillion social safety net and climate package. A demand from a handful of centrists to see a Congressional Budget Office estimate of the social spending plan's budgetary effects delayed its approval. Progressives sought assurances the holdouts would support the bigger proposal if they voted for the infrastructure bill.

After hours of talks — and a Biden call into a progressive caucus meeting urging lawmakers to back the infrastructure bill — the party's liberal wing got assurances from centrists that they would support the larger package. The social and climate plan then cleared a key procedural hurdle early Saturday morning.

Congressional Progressive Caucus Chair Rep. Pramila Jayapal, D-Wash., said the group reached a deal to back the infrastructure plan in exchange for a commitment to take up the safety-net bill "no later than the week of November 15." A group of five centrists separately issued a statement saying they would back the Build Back Better legislation pending a CBO score that assuages their concerns about long-term budget deficits.

In a statement after the House vote, Biden said the legislation would "create millions of jobs, turn the climate crisis into an opportunity, and put us on a path to win the economic competition for the 21st Century." He also noted that the procedural vote on the second Democratic bill will "allow for passage of my Build Back Better Act in the House of Representatives the week of November 15th."

The House is out of Washington next week, and it could take the CBO days or weeks to prepare a score of the legislation.

The bills together make up the core of Biden's domestic agenda. Democrats see the plans as complementary pieces designed to boost the economy, jolt the job market, provide a layer of insurance to working families and curb climate change.

Biden and Democrats have looked for a signature achievement they can point to on the 2022 midterm campaign trail as the president's approval ratings flag. Biden will welcome Friday's developments, as House passage of the bill followed a strong October jobs report and approval of Pfizer's Covid vaccine for 5-to-11-year-olds in the U.S.

While Biden could sign the infrastructure bill soon, the safety net and climate package will likely take weeks longer.

The House will have to wait for a CBO score. The Senate may pass a different version of the plan, which would require another House vote. Senate Majority Leader Chuck Schumer has set a Thanksgiving target to pass the larger Democratic bill.

The bipartisan Infrastructure Investment and Jobs Act would put $550 billion in new money into transportation projects, the utility grid and broadband. The package includes $110 billion for roads, bridges and other major projects, along with $66 billion for passenger and freight rail and $39 billion for public transit.

It would put $65 billion into broadband, a priority for many lawmakers after the coronavirus pandemic highlighted inequities in internet access for households and students across the country. The legislation would also invest $55 billion into water systems, including efforts to replace lead pipes.

Before the vote, Transportation Secretary Pete Buttigieg told MSNBC that "the moment the president signs this, then it's over to our department on the transportation pieces to get out there and deliver." It can take years to complete major projects after Congress funds them.

Republicans helped to write the bill in the Senate, and it garnered 19 GOP votes in the chamber. A range of congressional Republicans opposed the plan because they considered it too closely tied to Democrats' larger proposal, which they are passing without Republicans through the budget reconciliation process.

Many Democrats considered the infrastructure bill inadequate because it did not address issues including child care, pre-K education, Medicare expansion and the enhanced child tax credit. Those policies, priorities for Biden and top Democrats, made it into the House version of the social safety net bill.

Democratic leaders tied the proposals together in an effort to keep centrists and progressives on board with both plans. A thorny legislative process has unfolded for months as Democrats try to get disparate groups with varied visions of the federal government's role in the economy to back both packages.

The chaos Friday was only the latest stumble in the process to approve the bills.

Still, he said lawmakers worked in a "congenial" way to try to reach a solution.

Many Democrats will be relieved to have one bill passed after a chaotic day — and an achievement that has eluded Washington for years.