‘In the Heights' Is a Must-See Summer Blockbuster That Celebrates Love, Life and Community, Critics Say

"In the Heights" is a celebration of love, life and community, critics say.

The film adaptation of Lin-Manuel Miranda's Tony Award-winning musical currently holds at 97% "Fresh" rating on Rotten Tomatoes from 130 reviews and arrives in theaters and on HBO Max on Thursday. 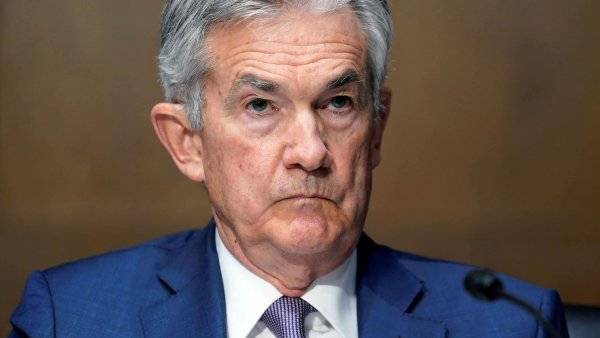 Jim Cramer: Own These Stocks If the Fed Leaves Interest Rates Unchanged 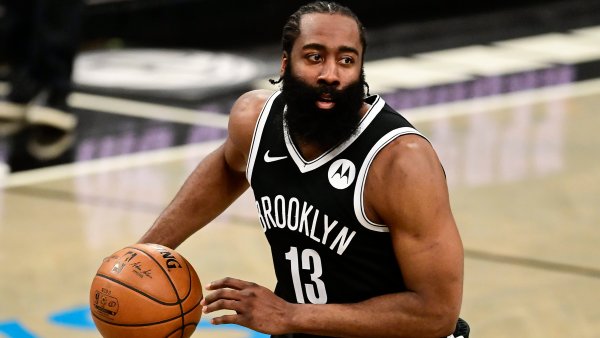 Directed by Jon M. Chu ("Crazy Rich Asians"), "In the Heights" explores the lives of the inhabitants of the Hispanic community of Manhattan's Washington Heights. The story is centered around bodega owner Usnavi, who dreams of leaving New York City and opening a bar in his home country, the Dominican Republic.

Usnavi has a crush on Vanessa, who works at the local beauty salon and dreams of moving downtown to become a fashion designer. Nina and Benny are the other central couple in the musical. Benny is a dispatcher for a cab company owned by Nina's father, but dreams of starting his own business.

Nina has just returned to the city after a year at Stanford University, but she doesn't want her father to know that she has dropped out because he has been struggling to scrounge together money to send her to the prestigious school. She is also the only one in her family to go to college.

Woven within these love stories are other members of the community who are dealing with their own troubles, including landlords and realtors who are causing rents in the area to spike. There's also heatwave and a lottery ticket worth $96,000.

Critics have praised Chu's direction and Quiara Alegria Hudes' screenplay adaptation of the story she helped Miranda present on stage. Anthony Ramos has been lauded for his breakout performance as Usnavi and reviewers delighted in the film's bright colors and flashy dance numbers.

"To quote 'In the Heights' itself, the streets are made of music in the first genuinely cheerful, splashy, exuberantly life-affirming movie of the summer," Ann Hornaday wrote in her review of the film for The Washington Post.

Here's what critics thought of "In the Heights" ahead of its Thursday debut.

A.O. Scott of the The New York Times, praised Chu's direction of the film, particularly, the extravagant musical numbers. Chu is no stranger to integrating dance into his storytelling. He previously directed two films in the "Step Up" franchise. He has also been tapped to handle the upcoming adaptation of the musical "Wicked."

Scott, like other reviewers, also shined a spotlight on Ramos.

"Ramos's charisma is perfectly suited to the role," he wrote. "His modesty is as winning and genuine as his bravado, and he's a strong theatrical singer as well as a subtle film actor."

Ramos portrayed Usnavi's cousin Sonny in the stage musical and portrayed John Laurens and Philip Hamilton as part of the original cast of Miranda's other Tony Award-winning musical "Hamilton."

"'In the Heights,' which opened on Broadway in 2008 and was supposed to arrive in movie theaters last year, feels as of the moment as a freshly scraped piragua on a broiling July day and as permanent as the girders of the George Washington Bridge," Scott wrote. "It's a piece of mainstream American entertainment in the best sense — an assertion of impatience and faith, a celebration of communal ties and individual gumption, a testimony to the power of art to turn struggles into the stuff of dreams."

Read the full review from The New York Times.

"Sometimes a film will come along that feels perfectly of the moment – and not because of any superficial ties to current events," Clarisse Loughrey wrote in her review of the film for Independent. "The themes that pulsate through 'In the Heights' – culture, identity, community, gentrification, and the rights of undocumented immigrants – are as central to the conversation now as they were when Lin-Manuel Miranda first debuted his stage musical in 2005."

"But Jon M Chu's full-throated, dizzyingly soulful adaptation arrives in cinemas after a year-long delay, into a world still trying to crawl out from under the shadows of a devastating pandemic. In that sense, it's a gift."

Loughrey said the film is very conscious of how tethered the musical is to tradition and to the New York community of Washington Heights. Chu tips his hat to the aquamusicals of Esther Williams and the balletic West Side Story, while respecting the cultural history of the neighborhood. During "Carnaval del Barrio," a tapestry of flags flies high above the crowds, including those from the Dominican Republic, Brazil, Puerto Rico.

"'In the Heights' is a musical triumph, unafraid to lift its voice up to the sky," she wrote.

Read the full review from Independent.

"Film adaptations of stage musicals walk a tricky line of having to both condense the story into the length of a feature, while also translating a stage production into a cinematic experience," wrote Rafael Motamayor in his review of the film. "Many get lost in the grand spectacle and forget to actually adapt the text, but that's not the case with 'In the Heights,' a film that doubles down on the commentary from the original amid all the catchy and breathtaking musical numbers to create the first truly must-see cinematic experience of the summer."

Motamayor noted that Chu and Hudes dive deep into the play's themes about dreams, but also contextualize some of the characters motivations and their struggles with what it means to be part of the Latinx community and the pressure of inheriting your parent's hopes and dreams in a way that was not explored in the stage production.

He said there are moments when the social commentary of the film can come off as "really corny" and there are a few subplots that feel shoehorned into the narrative without nuance, ultimately distracting from the main story.

"Make no mistake, this is a musical turned into a blockbuster, as Chu treats the wide shots of the dozens of background dancers with the same eye you could see Christopher Nolan apply to 'Tenet,' or the Russo brothers apply to 'Endgame,' he wrote. "There is a feeling of melancholia beneath the upbeat lyrics and the relentless optimism of the characters that comes to the surface at several points in the film, a recognition that things fade, neighborhoods change and people leave, but we might as well throw a huge party before that happens. 'In the Heights' is that party, and we are just lucky to be invited."

Read the full review from Observer.

Mixed in with Chu's kinetic dance numbers is "Paciencia y Fe," a ballad sung by Abuela Claudia, an elderly woman who lives in the neighborhood and treats everyone as family.

"Shot in what looks like the old trains and platforms of the New York Transit Museum, the musical shifts in tone during 'Paciencia y Fe,' taking the audience back in time to revisit painful memories of her struggle to survive in America and the peace of finally feeling at home again," Monica Castillo wrote in her review of the film for The Wrap.

The 'Paciencia y Fe' sequence was praised by many critics for showing the tension many Hispanic people feel as they adapt to living in America, a place where anything is supposed to be possible.

Castillo noted that "In the Heights" is a rarity in Hollywood. Its Latino characters "live normal lives, outside of gang or narco violence and outside of stereotypes."

"How rarely do we see ourselves just hold down a job and nurture our ambitions; in most movies, do we even have enough lines of dialogue to have ambitions?" she wrote.

The film showcases the importance of inclusivity and diversity not only in our neighborhoods but in the entertainment industry.

"With 'In the Heights,' Chu delivers the Latino equivalent of his previous box office smash 'Crazy Rich Asians' and knocks it out of the park," she wrote.

Read the full review from The Wrap.