Stocks Should Add to Gains in the Second Half, But There Are Two Big Concerns

Stocks are expected to move higher in the second half of the year, propelled by strong earnings gains and super-charged economic growth. 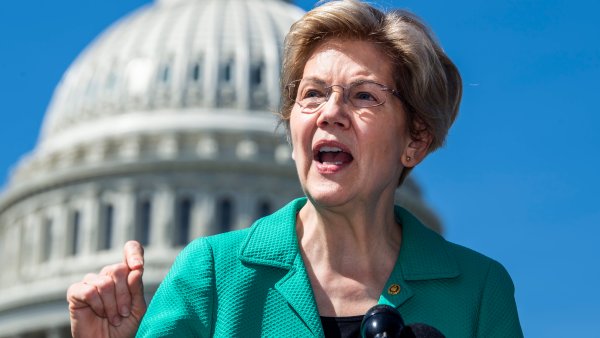 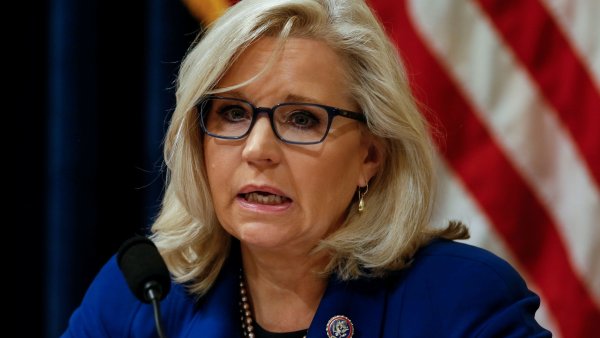 Capitol Riot Probe Must Uncover Everything That Happened at Trump White House on Jan. 6, Cheney Says

The market's gains, however, are not expected to be as robust as in the first half, when indexes jumped by double digits and set multiple all-time highs. Strategists caution there are risks of a pullback, though they have been warning of that for awhile, and the market has continued to power higher.

But there are a few risks strategists are watching out for in the latter half 2021. One is the potential for choppy trading when the Federal Reserve begins to discuss slowing down its bond buying, which would be its first step away from the easy policies put in place during the pandemic.

The time frame for that is not known, but many Fed watchers expect the central bank to begin the discussion at their Jackson Hole symposium in late August.

The second is again Fed related, and it is the fear that hot inflation readings are not really going to be as fleeting as central bankers expect, but that rising prices could become a bigger problem for the economy. The concern is that higher inflation readings could speed up the Fed's timeframe on interest rate hikes, currently forecast by Fed officials to start in 2023.

Harris said the economy needs to show improvement within several months, on the labor front and on the supply shortages and bottlenecks. Job growth has been strong, but not as robust as expected, as employers complain about labor shortages.

"It's kind of like you have a free pass for the summer," Harris said. "The market is accepting any number whether it's on core inflation, wages or job openings. September is the magic month for everyone. If it doesn't start to improve, it's not Goldilocks anymore."

September is when extended unemployment benefits run out for many Americans, and also when parents may be freed up to return to the workforce as children go back to school. It is also when many workers return to their offices.

Another important factor overhanging global markets is the course of the pandemic. The spread of the delta variant is causing economic shutdowns in some parts of the world, particularly in Asia.

But the market has been able to brush off concerns. "The market doesn't care about the variant because it's known the more we vaccinate, the more we can deal with it," Bleakley Global Advisory chief investment officer Peter Boockvar said.

Boockvar said markets care far more about inflation and how central bankers respond to it globally.

"To me inflation is kryptonite, and it's just a matter of whether we can kick away the kryptonite or if it's going to be hovering around us longer than we're accustomed to when we see hot inflation stats," Boockvar said. "If you start to see August, September, October stats that show inflation is very sticky, the Fed has no choice but to taper."

The Consumer Price Index jumped sharply this spring, and was up 5% year over year in May, the hottest pace since 2008 when oil prices were skyrocketing. The Fed has targeted an average range around 2%.

Meanwhile, stocks are moving higher as investors count on 40% profit growth this year and view those elevated inflation numbers as temporary. The economy is booming, and it heads into the second half following expected growth of 10.4% in the second quarter, according to the CNBC/Moody's Analytics survey of economists' forecasts. For the year, gross domestic product is expected to grow at a 7.2% pace.

"I think the market is going to be fine through the end of the year. It's going to be single digit-like market gains," Harris said.

"Right now we are in the top 20 in terms of best first halves," CFRA chief investment strategist Sam Stovall. "Following such strong first halves, it's good [in the second half] but just not as good as it was. We're likely to have a 50% advance of the first half" gain or about 7% for the S&P 500.

Harris said the market is aware the Fed will be winding back its bond program. Under that quantitative easing program, it is purchasing $120 billion a month in Treasurys and mortgage securities. Once it is done slowly tapering back the purchases, the path is clear for the Fed to raise interest rates.

"The thing that will really get the market concerned is if the evidence builds there's more sustained inflation. Then the Fed can talk all it wants, but everyone knows they'll have to start moving sooner rather than later," Harris said. "This isn't anything different than any business cycle. What gets the economy in trouble and the equity market in trouble is inflation. it's just coming very early in the cycle."

So far, companies have been able to pass along their higher costs to customers, but when that is no longer possible, investors would become worried about margin pressures and weaker profits.

"We're not worried about inflation becoming embedded. I am a little surprised we haven't had more volatility as we've had these higher inflation readings," Wells Fargo Investment Institute senior global strategist Scott Wren. "If you look at the 10-year yield, if you look at where the market is at, in my mind, the market is not buying into a long-term inflation problem."

The benchmark 10-year Treasury yielded 1.48% on Tuesday, well off its March and April highs near 1.75%. Yields move inversely to prices, so investors have been buying bonds and stocks in tandem.

"We're looking at about 4,500 (S&P 500) as the midpoint of our target range for the end of the year," Wren said. "We're a bit surprised we haven't seen a correction...The market is pretty convinced that this inflation is not going to be something that becomes embedded."

Even as the Fed moves toward slowing its bond purchases, the stock market can still move higher.

"I think the pressures are mounting internally. I think about half the committee is ready to get moving on this while Powell and his closest allies are trying to postpone that launch date as long as possible," Bank of America's Harris said. "I think from a market perspective, this is not really the big risk from the Fed. Everybody knows they have to taper at some point. ...The big story is the Fed eventually going to hike interest rates."

Correction: This story has been updated to reflect that Peter Boockvar is chief investment officer at Bleakley Global Advisory.