Don't miss local breaking news and weather. Download our mobile app for iOS or Android — and sign up for alerts.

Target said Wednesday fiscal first-quarter sales rose 23%, as investments it made in exclusive brands and services like curbside pickup strengthened customer loyalty and kept them coming back. 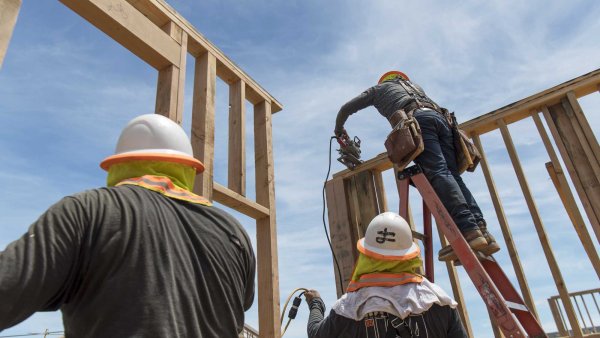 You Can Now Choose and Design a Newly Built Home and Put It in Your Shopping Cart, as Big Builders Launch Virtual Homebuying 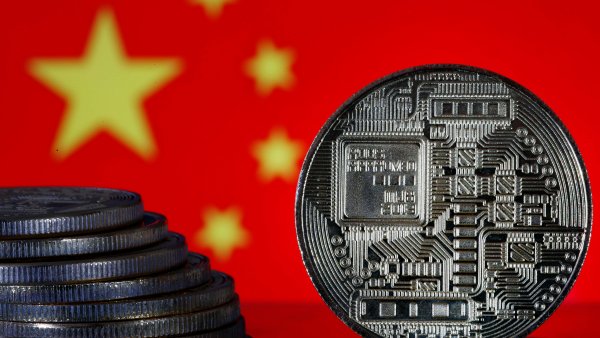 China Actually ‘All In' on Crypto — But Only Its Closed Brand, Andreessen Horowitz Partner Says

The retailer also said it is benefiting from rising vaccination rates, a reopening economy and busier social calendars: Customers gravitated to new merchandise, especially clothes. Some returned to browsing again inside of stores.

"We are seeing a much more optimistic consumer, who is excited about getting back to the life that they haven't lived for the last year," CEO Brian Cornell said in an interview on CNBC's "Squawk Box."

Buoyed by this confidence, Target offered a second-quarter forecast that was well above Wall Street's expectations, despite facing tough year-over-year comparisons.

Other retailers, including Walmart, Home Depot and Macy's, have posted surprisingly strong first-quarter results, too. The companies have attributed sales gains, in part, to customers having more money in their pockets from stimulus checks. Walmart and Macy's said customers are buying items like luggage and teeth whitener as they travel and go to parties again. But they haven't stopped investing in their homes yet, which was a trend that began last year.

Target, however, had unique advantages before the pandemic that kept its business humming during the health crisis. It fulfills nearly all of its online orders at stores, which improved the company's profits. It launched and grew numerous private label brands, which set it apart from rivals. And it was ahead of other retailers in raising employee wages, which has fended off a labor crunch and kept stores tidy.

Here's what Target reported for the fiscal first quarter ended May 1, compared with Refinitiv consensus estimates:

The more than sevenfold increase in net income from a year-ago was driven by several factors. In the early days of the pandemic, Target saw profits plummet and labor costs balloon as customers skipped over high-margin merchandise like apparel and accessories and employees took on new tasks from additional store cleaning to picking online orders.

Shoppers are once again spending more on apparel and home goods, and Target has grown sales of its own private label brands.

Total revenue rose 23% to $24.2 billion from the same period a year ago, outpacing analysts' expectations of $21.81 billion.

At Target's stores and on its website, traffic grew by 17% and basket size grew by 5% in the three-month period compared with a year earlier.

Its comparable sales, a key metric that tracks sales at stores open at least 13 months and online, grew 22.9% compared with a year earlier. That was significantly more than the 10.7% that analysts expected in a StreetAccount survey. Comparable store sales grew 18%, while digital comparable sales grew 50%.

Curbside and in-store pickup and Shipt home delivery were popular options during the pandemic for safety reasons, but are remaining sought after for their convenience. Sales through same-day services rose more than 90% in the three-month period, led by 123% growth of Drive Up sales. In-store pickup sales rose 52%, while sales through Shipt gained 86%.

Apparel was Target's strongest merchandise category in the quarter, with sales increasing by more than 60% versus the year-ago period. Hardlines, a category that includes items like consumer electronics and sports equipment, grew in the high 30% range and home sales grew in the mid-30% range. Sales of beauty products rose by a high teens percentage rate. Food and beverage and essentials — two categories that were especially strong at the height of the pandemic — saw growth in the low-to-mid single digits.

The strength of apparel was partially due to its weakness a year earlier when customers were focused on stocking up on groceries and cleaning supplies rather than buying a new outfit.

A key part of Target's strategy has been to offer products that are unique to its stores. In February, Target said its activewear brand All in Motion was its latest private label to hit $1 billion in sales. In the first quarter, sales of its own brands rose 36% from the same period a year ago — the sharpest jump in the company's history.

Cornell called out other bright spots: He said Mother's Day inspired purchases and was one of its strongest in years. He said he expects customers to have similar enthusiasm as they get ready for summer holidays, such as Memorial Day, and prepare to return to the classroom or college campus.

The discounter shared a forecast for modest growth in the fiscal year, despite facing tough year-over-year comparisons because of unusually high sales during the pandemic. It said it expects comparable sales to grow by the mid-to-high single digits in the second quarter and by the single digits in the last two quarters of the year.

Target Chief Financial Officer Michael Fiddelke said that the retailer is on track to invest about $4 billion this year to improve the customer experience and increase its store footprint. Among those investments, he said it will increase its labor hours to make sure its stores' shelves are well-stocked, open 30 to 40 new stores, remodel about 150 stores and make it possible for customers to pick up wine or beer through curbside pickup at most of its stores.