When Oracle announced plans to move its corporate headquarters from Silicon Valley to Texas, it needed to clear out multiple floors of furniture sitting inside its office. Instead of putting it in a landfill, the company turned to one woman: Brandi Susewitz.

Oracle joins Uber, Dropbox, Yelp and others in leaning on Susewitz to answer a question that often comes low on a company's priority list when moving or downsizing: what do you do with thousands of dollars of high-end office furniture when you no longer need it? 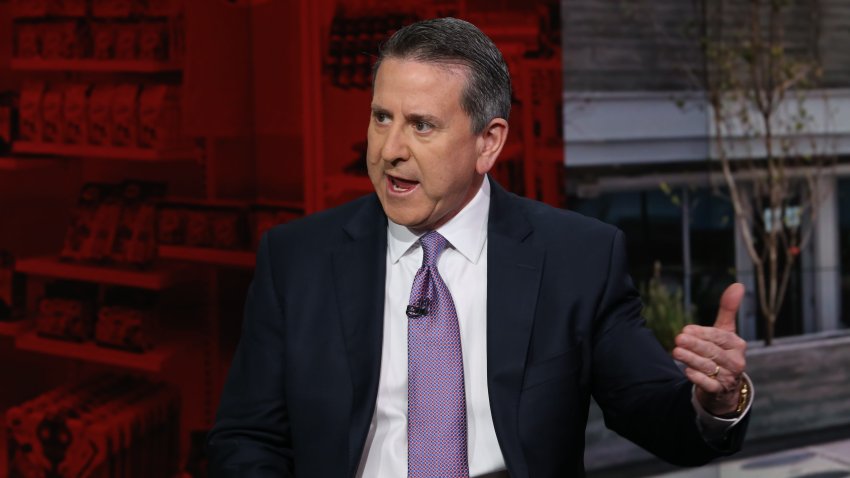 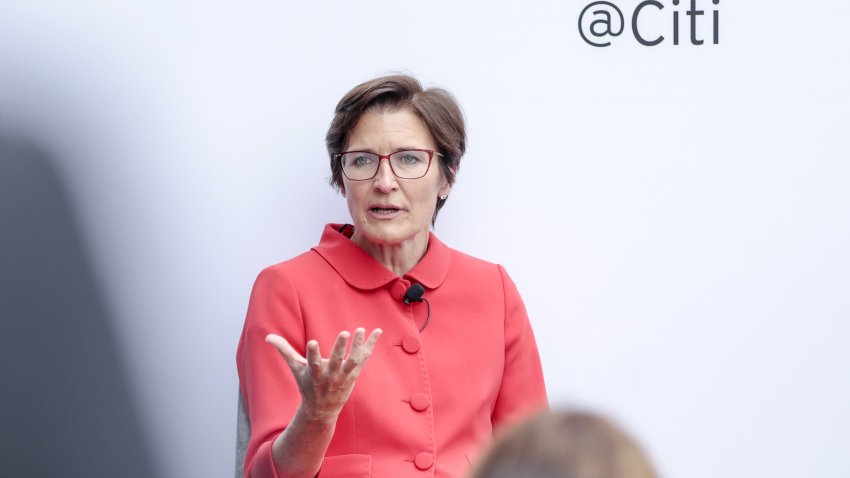 Citigroup CEO Jane Fraser Says of Moves to Shrink Retail Banking Footprint: ‘We Want to Be a Winner'

More than a year into the Covid-19 pandemic, the question is more relevant than ever. Many companies have announced the shift to remote work and realize there's less of a need for office space, especially in pricey regions like the Silicon Valley.

Susewitz launched Clear Office after she was laid off in 2020. It's a digital marketplace that sells pre-owned, high-end office furniture ranging from task chairs to pool tables. The company generated $800,000 in sales over the last two months as Silicon Valley companies list their items, furnish employees' home offices, and re-jigger office spaces while they prepare to re-open later this year.

"These companies have tons of really high-end furniture but no one thinks about what to do with it all until right before they have to move and it ends up being a tragic waste," said Jane Greenthal, strategies director at design firm Perkins & Will.

"A lot of companies left the office on a Friday, said 'we'll see you in a couple weeks' and never went back and some of us never will," Greenthal said. "Now that it's been a year, even the ones that said 'we're never going back,' many employees are saying 'well, I want to go somewhere.'"

From task chairs to teacups

Selling furniture isn't a high priority for companies dealing with an economic reckoning. In 2020, after Uber announced plans to shut down or consolidate 45 offices around the world, an Uber facilities manager reached out to Susewitz, needing to get rid of over 1,000 pieces of furniture.

"A facilities manager for Uber or Oracle is not going to go to eBay or Craigslist to post a whole office of furniture mostly because there's too much time that goes into trying to sell them, individually," Susewitz explained.

Susewitz works as a dealer, offering to take companies' furnishings off their hands and coordinating to sell them. Companies get between 15% to 70% of the profit depending on how hands-off they want to be.

A company can specify the date furniture is available and when it needs to be out of a building.

It cuts out the need for multiple middlemen, she said. "A lot of brokers don't sell directly to end-users because they really just don't want the handholding that's involved," she said.

Greenthal said Clear Office is the only company her firm is aware of that has searchable timing and logistics. "It's not just looking for a pair of designer jeans — you need quantity and there's this short window of time before they either have to vacate or when a space needs to be furnished."

"The taller cubicles are apparently making a comeback," Susewitz said. "They want an office space where their workers could come back to work — even if that means giving the illusion of being more safe."

Roughly 50% of the furniture Oracle needed to get rid of was what Susewitz calls "ancillary" furniture, like collaboration tables, soft seating and lounge areas.

About 20% of Clear Office's website sales are to individual buyers while the rest are made by businesses, Susewitz said. Most of the recent sales were to employees at tech companies. Popular items include height-adjustable desks and task chairs, which end up in home offices, Susewitz said.

Pre-owned designer Herman Miller chairs, which typically cost upwards of $800, are half as much on the Clear Office website. Pre-owned full workstations go for between $300 and $800 per station. Delivery and installation costs about $275 per work station.

Companies like Square, which told employees they can work remotely after the pandemic ends, have pointed employees to Clear Office's website.

As some companies redesign their spaces to prepare for the return to the office, they're selling off large, non-essential and quirky items, Susewitz said. Live-streaming company Twitch discussed the need to liquidate a San Francisco office, which includes a giant, six-foot tall sofa and a life-size metal statue of a soldier. One San Francisco company recently sold two high-quality pool tables, Susewitz added. Another firm discussed listing a giant Alice in Wonderland teacup from a Disneyland ride.

"A lot of these companies are re-doing buildings and replacing items so it often either ends up in their warehouse or in landfill, unfortunately," Susewitz said.

Susewitz has held discussions with the world's largest design firm, Gensler, which said it wants every project to be net-zero by 2030 — a growing trend among tech companies and generation Z. An organization with similar goals can choose to donate its share of profits to a charity focused on sustainability, Susewitz said.

Susewitz resurrected the idea for Clear Office after her own economic reckoning with the pandemic. It was an idea she abandoned during the dot-com boom.

"The concept that I had was exactly what I'm doing now but it didn't happen 20 years ago."

Susewitz and her husband Eric worked at the same San Francisco-based furniture dealer in 2020. "They cut both our pays by 50% before we eventually got laid off," she said. "I had about $10 million of office sales on the books for 2020 that basically disappeared."

"I am thankfully coming out of this pandemic, but I spent so much time in bed feeling completely overwhelmed, became depressed and started getting panic attacks," Susewitz said. "I thought to myself, we lost everything in 2008 because the economy was so bad and we've been rebuilding basically ever since. It felt like we were finally recovering and saving for a house down payment and then Covid happened and it was like, 'okay now what do we do now?'"

So, Susewitz began re-evaluating the idea she had years ago.

The business was called RWA, inspired by the initials of Susewitz's grandfather Fred Russell Williams, a local real estate developer from the 50s to the 70s.

Susewitz, who was born and raised in San Mateo, California, showed an early interest in architecture and interior design, including in Williams' Hillsdale Inn, a former hot spot located across from one of the Bay Area's most mourned landmarks, the Bay Meadows Racetrack. In its heyday, the Hillsdale Inn was well-known as a romantic destination. It hosted famous performers, from singers like Harry Belafonte to comedians like Bill Cosby.

She partially credits her entrepreneurial spirit to her grandfather, who built clientele from neighboring attractions like the Circle Star Theater in San Carlos.

"He'd sit outside the parking lot of Circle Star Theater each day, asking them to send stars who performed there," she recalled. "And eventually, they did."

Susewitz also credits some of her entrepreneurship to becoming a teenage mother at age 16. "I became a pretty motivated person but I also didn't really have a choice because as a teenager, I had a child I needed to pay for."

After high school, Susewitz decided to study commercial design at Cañada College in San Mateo, California. A few years later, she got her first job as a customer service representative.

"I really wanted it to be in the world of commercial furniture but I was worried about having the confidence to work with the CEOs and executives," she said. "But I was able to get over that as I forced myself to do things that made me feel uncomfortable."

Fast forward to the early 2000s, Susewitz abandoned her RWA business and got a full-time job at a furniture dealer. "I kinda lost interest in creating a consignment-type shop because I just kind of assumed well, eBay is going to do this and they're huge and they're going to figure it all out."

She found herself with extra time on her hands after the pandemic hit. Susewitz said she did some research and couldn't find a one-stop-shop where consumers and corporations could purchase high-quality, pre-owned office furniture. She reached out to former clients to ask what they thought of her idea.

"It was very apparent that it was a need," she said. "You can find new furniture all day long but, for used furniture, you couldn't find any websites where the photos weren't unattractive or difficult to envision or where you'd have to email someone for a quote."

She recalled in her prior job at the furniture dealer, companies often waited to sell furnishings until just before they had to vacate. Lots of it ended up at the dump. In the U.S., landfills received 9.68 million tons of furniture and furnishings in 2018, according to the most recent stats from the U.S. Environmental Protection Agency.

"We had a project with a tech company where they had nine months before moving locations and said 'we're not taking it with us' but then said, 'yeah yeah, we'll deal with that later,'" she recalled. "They'd put it off until the month they needed to vacate and they'd get charged thousands of dollars or it would be thrown in landfill."

Susewitz announced her new startup on LinkedIn in October 2020 and immediately got signups from Uber and others, she said.

"I announced on LinkedIn we were launching the business and that I have a lot of contacts in the industry with facility industries, property contacts and construction partners," she said. "It's been crazy busy ever since."

She said she also approached companies like Yelp when she read news reports of downsizing.

Since then, Susewitz has become the go-to person for several more tech companies and has added a board member and a few employees, including her husband Eric, who has experience managing commercial furniture for Marvel Semiconductor and Intuit in the Silicon Valley.

Greenthal said her firm is starting to explore how Susewitz's approach could furnish flexible workspaces in the future. She said companies may be more likely to lease smaller spaces like hotel rooms on a per-use basis as an alternative to purchasing large swaths of pricey real estate.

"What Brandi's doing is really unique and I think the idea will stick when you think about workers' needs and the fact that you've still got thousands of employees in this geographic area alone," Greenthal said.