What to Watch Today: Nasdaq Set to Rebound as Dow Goes for Three-Day Rally

With elevated Treasury yields pulling back a bit and recently struggling tech stocks bouncing, the Nasdaq was set to recoup much of Monday's more than 2.4% loss, which dragged the index into a correction, down more than 10% from February's record closing high. But Tuesday's projected gains would be more than enough to pull the Nasdaq out of a correction. (CNBC)

Dow futures rose modestly Tuesday, one day after the 30-stock average closed up nearly 1%. At session highs, the Dow gained more than 2%, hitting an intraday record and logging a second straight day of gains. Bitcoin was on the march higher Tuesday morning, again topping a $1 trillion market value. (CNBC)

Shares of Tesla rose in Tuesday's premarket after falling 21% over five straight down days. The stock, still up 300% over the past 12 months, was off more than 36% from January's all-time record highs. Elon Musk's electric auto maker, no stranger to wild swings, did see spans of bear market declines in both March and September 2020. (CNBC)

Ark Investment Management founder Cathie Wood, a major Tesla investor and believer, told CNBC on Monday that she's not worried about the recent drop in her funds and that the bull market in stocks is simply broadening out to include more strategies, such as value. (CNBC)

GameStop shares added another 11% in Tuesday's premarket after closing up 41% at $194 each. Monday's strong rally came after Chewy co-founder Ryan Cohen, a major GameStop shareholder and board member, was tapped to lead the video game retailer's shift to e-commerce. The Senate Banking Committee is set to hold a hearing on the GameStop saga Tuesday morning. (CNBC)

* Covid bill to deliver health insurance savings, including for those on Obamacare (AP)
* Parents could start receiving the new $3,000 child tax credit by summer (CNBC Make It)

The plan includes extra jobless benefits, rental assistance, Covid vaccination funds and direct payments of up to $1,400 to most Americans, which are set to start going out this month. When the House passed a different version of the plan last month, no Republicans supported it and two Democrats opposed it. (CNBC)

* Time to double down, not let up, WHO chief scientist warns (CNBC)

However, the CDC said everyone should refrain from traveling. Someone is considered fully vaccinated two weeks following either a single shot of Johnson & Johnson's newly authorized vaccine or two weeks after their second shot of Moderna's or Pfizer's two-dose regimens. (CNBC) 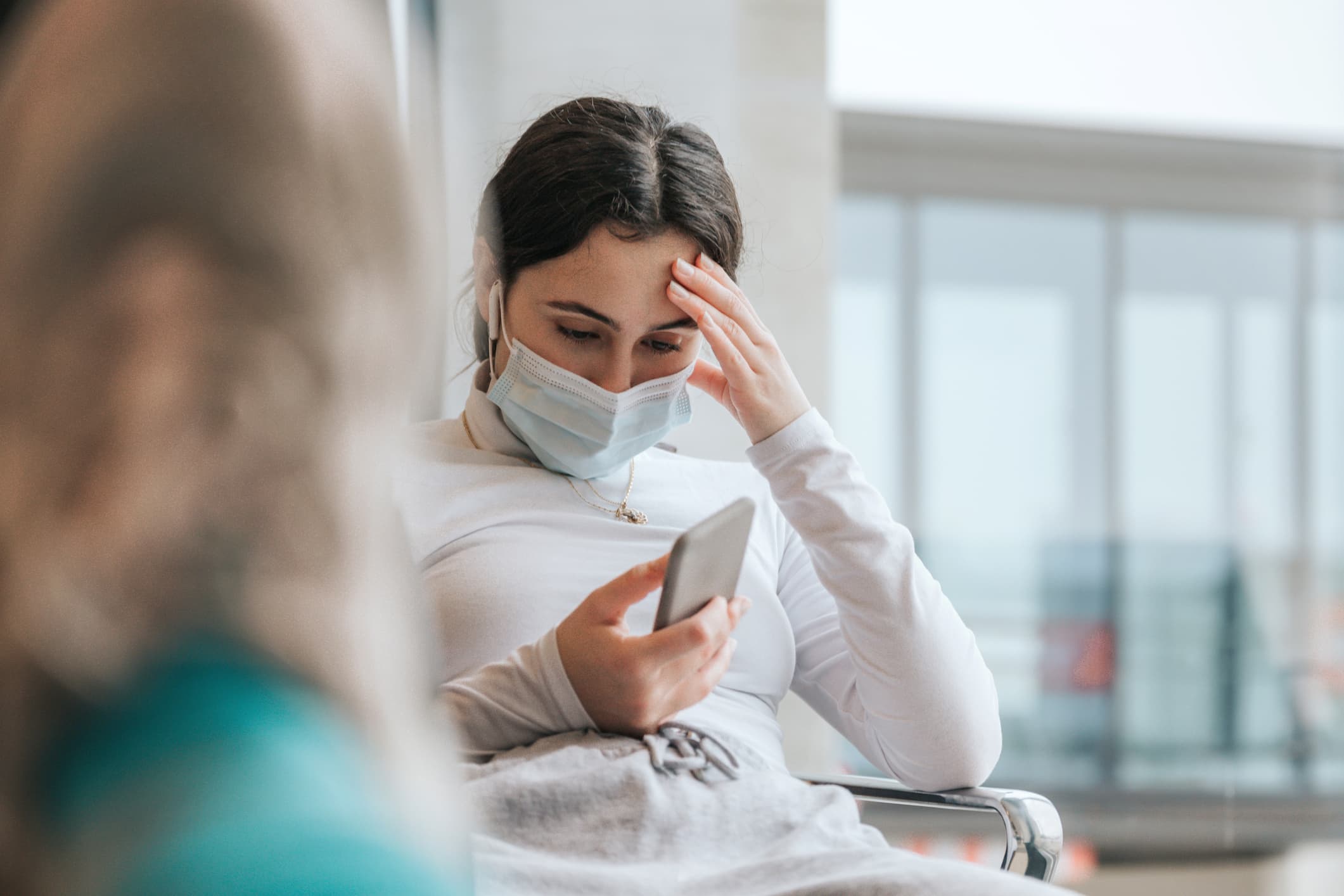 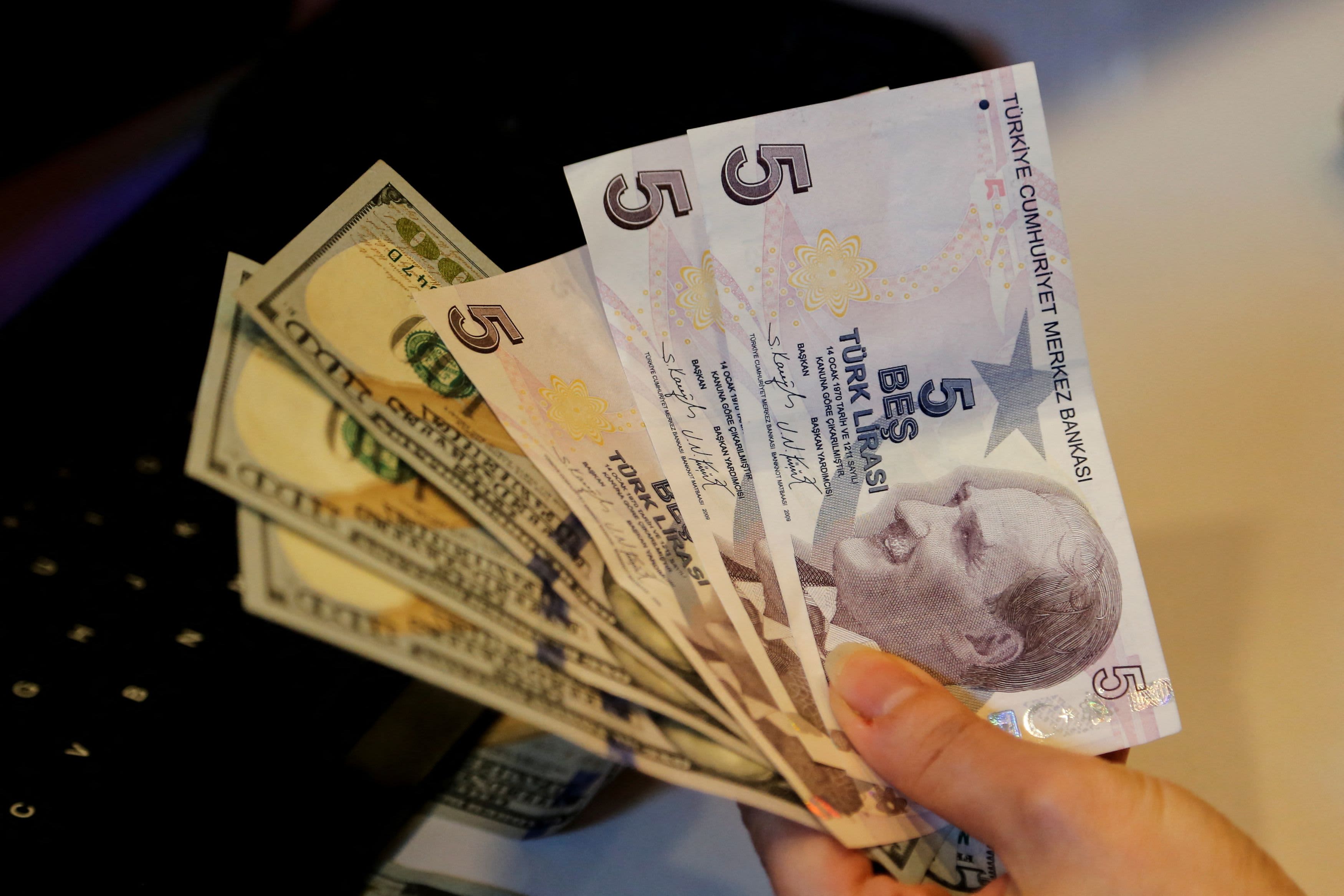 Stitch Fix (SFIX): The online clothing styler lost 20 cents per share for its latest quarter, 2 cents less than analysts had anticipated. However, revenue was below forecasts. Stitch Fix also cut guidance for the fiscal year that begins in July due to lengthened cycle times. Shares tumbled 24% premarket.

Thor Industries (THO): The recreational vehicle maker reported quarterly earnings of $2.38 per share, well above the consensus estimate of $1.55 a share. Revenue topped forecasts as well. Thor warned supply chain issues could have a negative short-term impact, but the company is cautiously optimistic that those issues will lessen in the second half of the year.

Discovery Communications (DISCA): Discovery shares rose 3.9% in the premarket, potentially extending a seven-day win streak that has seen the media company's shares gain 31% over that span. It's among heavily shorted stocks that have seen strong gains recently.

Peloton (PTON): Peloton is expanding into the Asia-Pacific region for the first time, announcing plans to sell its fitness bicycle and interactive membership app in Australia starting in the second half of the year. Peloton share gained 4.7% in premarket action.

Li Auto (LI), Nio (NIO), Xpeng (XPEV): The China-based electric vehicle makers are all planning to list in Hong Kong as soon as this year, according to Reuters. All three are already listed on U.S. exchanges, with Hong Kong listings potentially raising a combined $5 billion. Li Auto rose 4.3% in the premarket, Nio gained 4.3%, and Xpeng jumped 5.9%.

Zoom (ZM): Zoom CEO and founder Eric Yuan transferred roughly 40% of his stake in the video-calling platform, according to a SEC filing. The transfers, worth about $6 billion, were made to unspecified recipients from two trusts as gifts, with Zoom only saying the transactions represented part of the estate planning process for Yuan and his wife. Zoom rose 3.6% in premarket trading.

MoneyGram International (MGI): Blockchain firm Ripple and MoneyGram have ended their partnership for unspecified reasons. Ripple had bought a $30 million stake in the payment services company in 2019, with the partnership set to last two years. Ripple CEO Brad Garlinghouse said the companies were committed to revisiting the partnership in the future. MoneyGram fell 9.1% in the premarket.

FirstEnergy (FE): Activist investor Carl Icahn is in discussions with the utility company about potentially taking two seats on the board, according to people familiar with the matter who spoke to Bloomberg. Icahn is said to have built a "sizable" stake in FirstEnergy and wants to help the company put a federal corruption scandal and other issues behind it.