As the virus spreads largely unchecked behind bars, prisoners can’t social distance and are dependent on the state for their safety and well-being

One in every five state and federal prisoners in the United States has tested positive for the coronavirus, a rate more than four times as high as the general population. In some states, more than half of prisoners have been infected, according to data collected by The Associated Press and The Marshall Project.

As the pandemic enters its 10th month — and as the first Americans begin to receive a long-awaited COVID-19 vaccine — at least 275,000 prisoners have been infected, more than 1,700 have died and the spread of the virus behind bars shows no sign of slowing. New cases in prisons this week reached their highest level since testing began in the spring, far outstripping previous peaks in April and August.

Venters has conducted more than a dozen court-ordered COVID-19 prison inspections around the country. “I still encounter prisons and jails where, when people get sick, not only are they not tested but they don’t receive care. So they get much sicker than need be,” he said.

Now the rollout of vaccines poses difficult decisions for politicians and policymakers. As the virus spreads largely unchecked behind bars, prisoners can’t social distance and are dependent on the state for their safety and well-being.

Donte Westmoreland, 26, was recently released from Lansing Correctional Facility in Kansas, where he caught the virus while serving time on a marijuana charge. Some 5,100 prisoners have become infected in Kansas prisons, the third-highest COVID-19 rate in the country, behind only South Dakota and Arkansas.

“It was like I was sentenced to death,” Westmoreland said.

Westmoreland lived with more than 100 virus-infected men in an open dorm, where he woke up regularly to find men sick on the floor, unable to get up on their own, he said.

“People are actually dying in front of me off of this virus,” he said. “It’s the scariest sight.” Westmoreland said he sweated it out, shivering in his bunk until, six weeks later, he finally recovered.

Half of the prisoners in Kansas have been infected with COVID-19 — eight times the rate of cases among the state’s overall population. Eleven prisoners have died, including five at the prison where Westmoreland was held. Of the three prison employees who have died in Kansas, two worked at Lansing Correctional Facility.

In Arkansas, where more than 9,700 prisoners have tested positive and 50 have died, four of every seven have had the virus, the second-highest prison infection rate in the U.S. 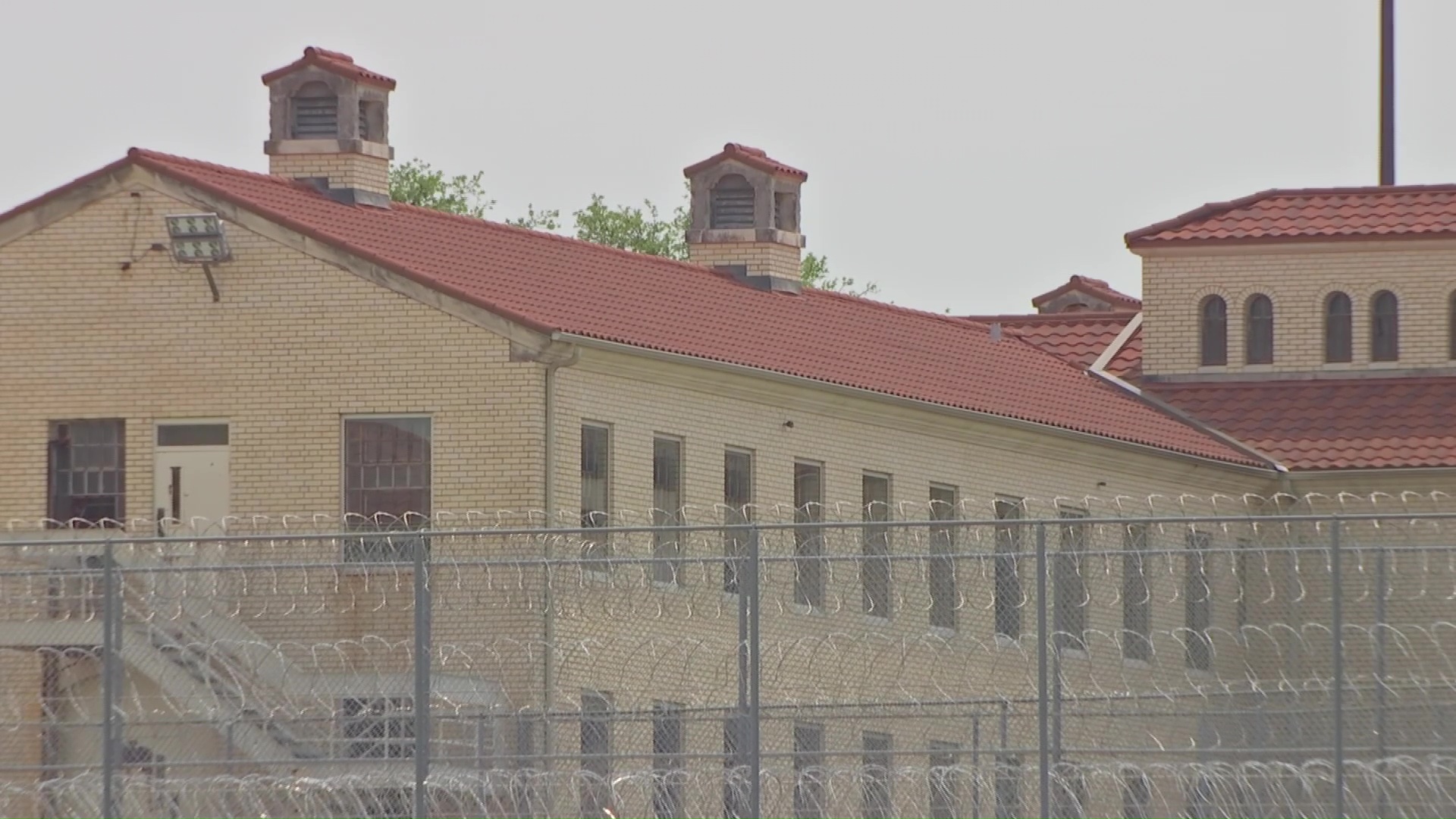 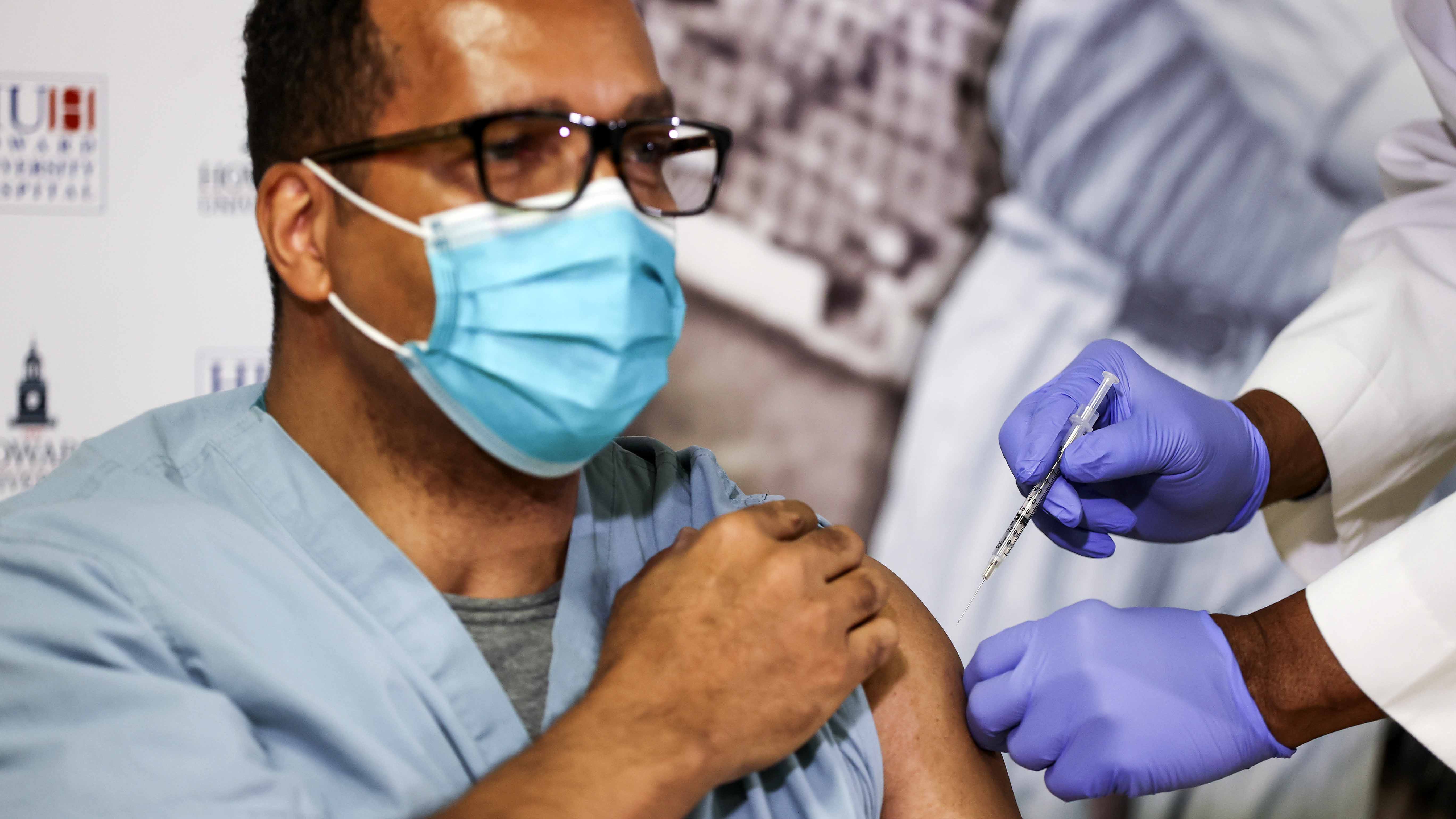 US Experts Debate: Who Should Be Next in Line for Vaccine?

Among the dead was 29-year-old Derick Coley, who was serving a 20-year sentence at the Cummins Unit maximum security prison. Cece Tate, Coley’s girlfriend, said she last talked with him on April 10 when he said he was sick and showing symptoms of the virus.

“It took forever for me to get information,” she said. The prison finally told her on April 20 that Coley had tested positive for the virus. Less than two weeks later, a prison chaplain called on May 2 to tell her Coley had died.

The couple had a daughter who turned 9 in July. “She cried and was like, ‘My daddy can’t send me a birthday card,’" Tate said. “She was like, ‘Momma, my Christmas ain’t going to be the same.’”

Nearly every prison system in the country has seen infection rates significantly higher than the communities around them. In facilities run by the federal Bureau of Prisons, one of every five prisoners has had coronavirus. Twenty-four state prison systems have had even higher rates.

Small town hospitals and health systems already faced grave challenges before COVID-19 swept the country. Today, they are cracking under the strain of this relentless pandemic. Hospitals are depleting their resources, bleeding money and still facing a losing battle to cope with the incoming wave of COVID-19 patients. The toll on frontline workers in these hospitals is even greater.

Prison workers have also been disproportionately affected. In North Dakota, four of every five prison staff has gotten coronavirus. Nationwide, it’s one in five.

Not all states release how many prisoners they’ve tested, but states that test prisoners broadly and regularly may appear to have higher case rates than states that don’t.

Infection rates as of Tuesday were calculated by the AP and The Marshall Project, a nonprofit news organization covering the criminal justice system, based on data collected weekly in prisons since March. Infection and mortality rates may be even higher, since nearly every prison system has significantly fewer prisoners today than when the pandemic began, so rates represent a conservative estimate based on the largest known population.

Yet, as vaccine campaigns get underway, there has been pushback in some states against giving the shots to people in prisons early.

With a nationwide vaccine rollout poised to begin, a debate is underway about who should be given priority access. Miami-Dade County Public Schools Superintendent Alberto Carvalho says teachers are essential workers who play a vital role in our communities and should be near the front of the line.

“There’s no way it’s going to go to prisoners ... before it goes to the people who haven’t committed any crime,” Colorado Gov. Jared Polis told reporters earlier this month after his state’s initial vaccine priority plans put prisoners before the general public.

Like more than a dozen states, Kansas’s vaccination plan does not mention prisoners or corrections staff, according to the Prison Policy Initiative, a non-partisan prison data think tank. Seven states put prisoners near the front of the line, along with others living in crowded settings like nursing homes and long-term care facilities. An additional 19 states have placed prisoners in the second phase of their vaccine rollouts.

Racial disparities in the nation’s criminal justice system compound the disproportionate toll the pandemic has taken on communities of color. Black Americans are incarcerated at five times the rate of whites. They are also disproportionately likely to be infected and hospitalized with COVID-19, and are more likely than other races to have a family member or close friend who has died of the virus.

The pandemic “increases risk for those who are already at risk,” said David J. Harris, managing director of the Charles Hamilton Houston Institute for Race and Justice at Harvard Law School.

Prison facilities are often overcrowded and poorly ventilated. Dormitory-style housing, cafeterias and open-bar cell doors make it nearly impossible to quarantine. Prison populations are sicker, on average, than the general population and health care behind bars is notoriously substandard. Nationwide, the mortality rate for COVID-19 among prisoners is 45% higher than the overall rate.

From the earliest days of the pandemic, public health experts called for widespread prison releases as the best way to curb virus spread behind bars. In October, the National Academies of Science, Medicine, and Engineering released a report urging states to empty their prisons of anyone who was medically vulnerable, nearing the end of their sentence or of low risk to public safety.

But releases have been slow and uneven. In the first three months of the pandemic, more than 10,000 federal prisoners applied for compassionate release. Wardens denied or did not respond to almost all those requests, approving only 156 — less than 2%. 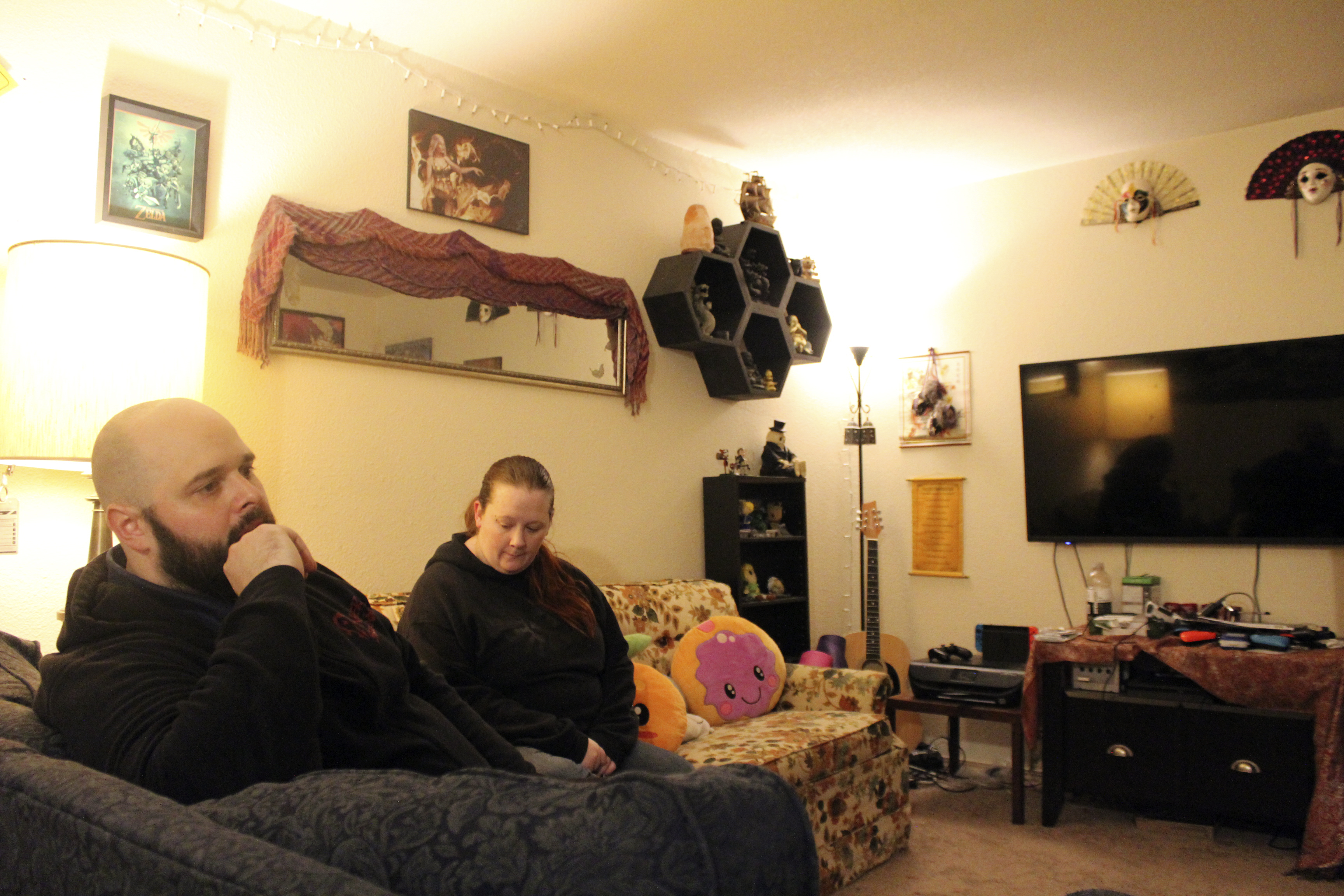 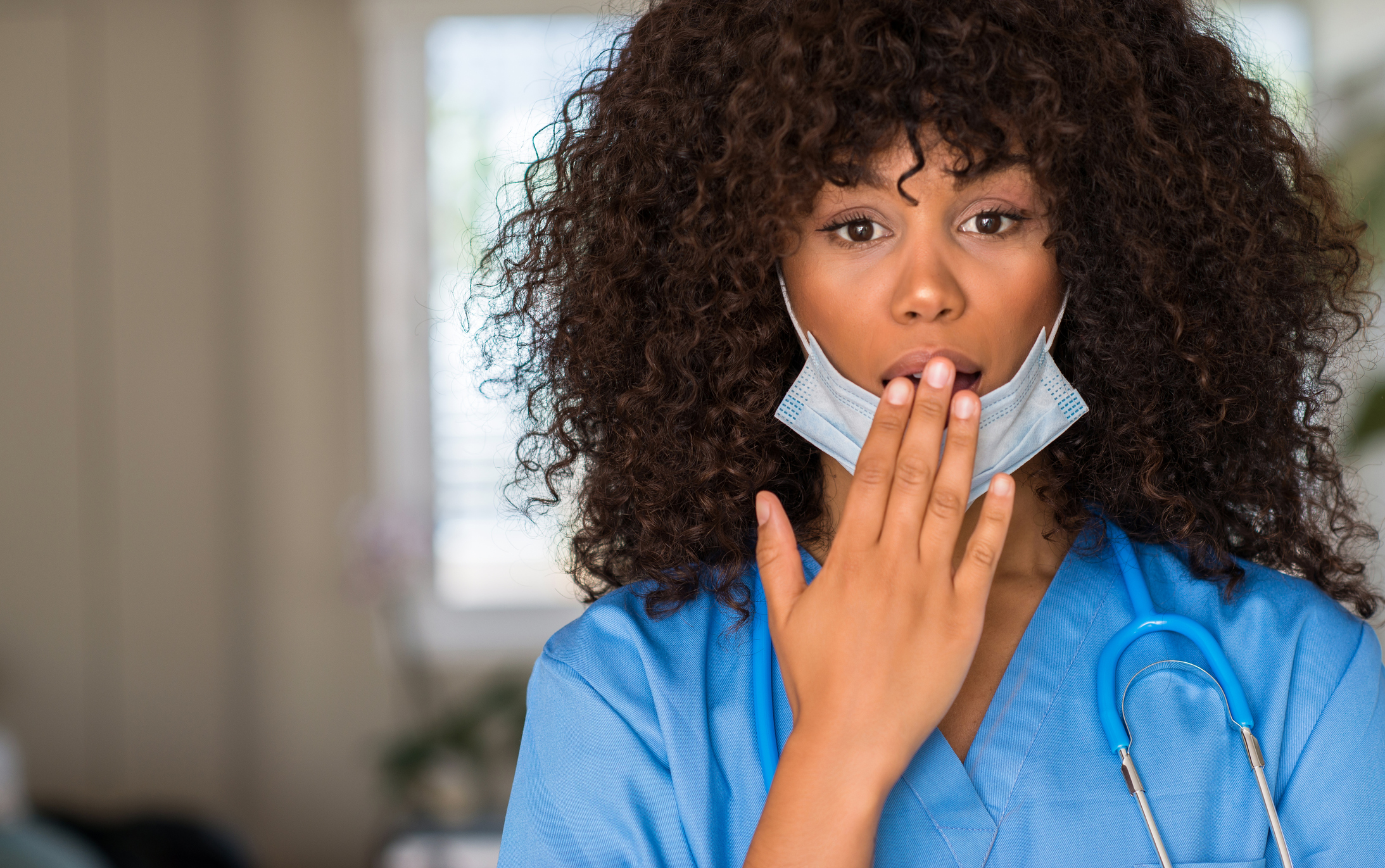 A plan to thin the state prison population in New Jersey, first introduced in June, was held up in the Legislature because of inadequate funding to help those who were released. About 2,200 prisoners with less than a year left to serve were ultimately released in November, eight months after the pandemic began.

California used a similar strategy to release 11,000 people since March. But state prisons stopped accepting new prisoners from county jails at several points during the pandemic, which simply shifted the burden to the jails. According to the state corrections agency, more than 8,000 people are now waiting in California’s county jails, which are also coronavirus hot spots.

“We call that ‘screwing county,’” said John Wetzel, Pennsylvania’s secretary of corrections, whose prison system has one of the lower COVID-19 case rates in the country, with one in every seven prisoners infected. But that’s still more than three times the statewide rate.

Prison walls are porous even during a pandemic, with corrections officers and other employees traveling in and out each day.

“The interchange between communities and prisons and jails has always been there, but in the context of COVID-19 it’s never been more clear,” said Lauren Brinkley-Rubinstein, a professor of social medicine at UNC-Chapel Hill who studies incarceration and health. “We have to stop thinking about them as a place apart.”

Wetzel said Pennsylvania’s prisons have kept virus rates relatively low by widely distributing masks in mid-March — weeks before even the Centers for Disease Control and Prevention began recommending them for everyday use in public — and demanding that staff and prisoners use them properly and consistently. But prisoners and advocates say prevention measures on the ground are uneven, regardless of Wetzel’s good intentions.

“Infections and deaths are extraordinarily high. These are wards of the state, and we have to contend with it.”

This story is a collaboration between The Associated Press and The Marshall Project exploring the state of the prison system in the coronavirus pandemic.