China to Draw ‘Separation Line' on Peak of Mount Everest

China will draw a “separation line” atop Mount Everest to prevent the coronavirus from being spread by climbers ascending Nepal's side of the mountain, Chinese state media reported Monday.

A team of Tibetan mountaineering guides will set up the separation line at the peak before climbers attempt to reach the summit from the Chinese side, the official Xinhua News Agency said.

It was not clear what the separation line would be made of. The climbers ascending the north side of the mountain from China will be prohibited from crossing the line or coming into contact with anyone or any objects on the south, or Nepalese, side, it said.

Nepal's government and mountaineering officials did not immediately comment on the separation line.

Both countries suspended the climbing season on the world's highest mountain last year due to the pandemic. Nepal has issued permits allowing 408 foreigners to attempt climbs this year as it tries to boost tourism revenue.

While China has mostly curbed domestic transmission of the virus, Nepal is experiencing a surging outbreak with record numbers of new infections and deaths in recent days. Most major cities and towns are under lockdown and all domestic and international flights are grounded. 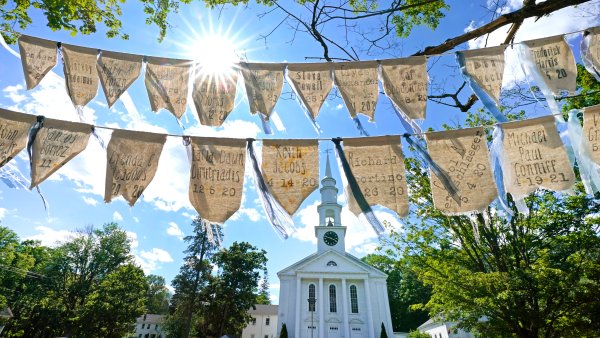 US Memorials to Victims of COVID-19 Pandemic Taking Shape

Officials in Nepal have refused to speak about any Everest outbreak. One climber, a Norwegian, told The Associated Press last month he had developed COVID-19 and has since left the country after getting better.

Ang Tshering Sherpa, a mountaineering expert who has been in the mountaineering community for decades, said it was not possible to draw any kind of separation on the Everest summit.

The only point where climbers from both sides would even come close is the summit, which is a small space where climbers spend only a few minutes to take photographs and experience the 360-degree views.

Climbers would be wearing thick layers of clothing and gear and their faces would be covered with oxygen masks, glasses and protection from the freezing air.

“The idea that anyone with coronavirus could even reach the summit is impossible because climbers with any respiratory difficulties will just not be able to reach the altitude,” he said.