The virus detected three months ago in China has produced crippling outbreaks in Asia, Europe and the Middle East

Sweeping travel bans cascaded around the globe Thursday, walling off countries and even entire continents, keeping people inside their homes, and slowing the engines of commerce to stem the coronavirus pandemic. Markets collapsed worldwide with the growing realization that there would be no fast end to the uncertainty.

The escalating crisis sent U.S. stocks to their worst losses since the Black Monday crash of 1987, extending a sell-off that wiped out most of Wall Street's big run-up since President Donald Trump's inauguration.

After weeks downplaying the virus, Trump's announcement of strict rules barring most Europeans from entry came as a shock across the Atlantic. Within hours, even the European Union's passport-free travel came into question, with guards in places that had been without borders for more than a decade and airports shut down. 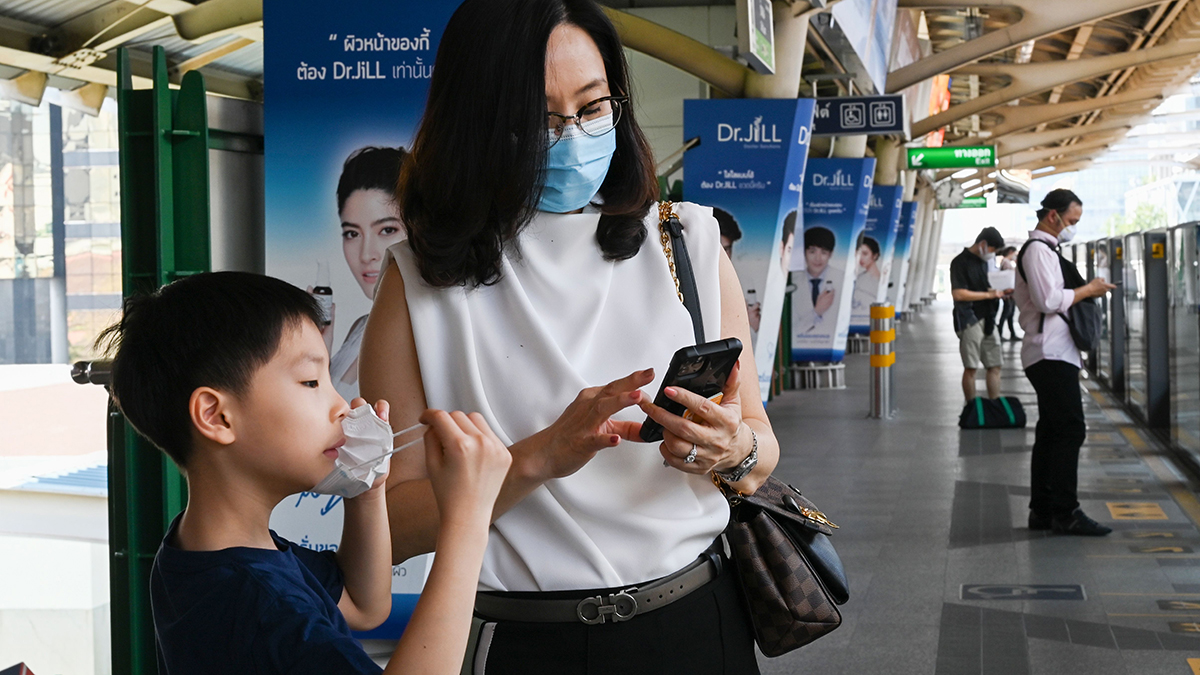 Talking to Kids About Virus? Experts Say Be Calm and Honest 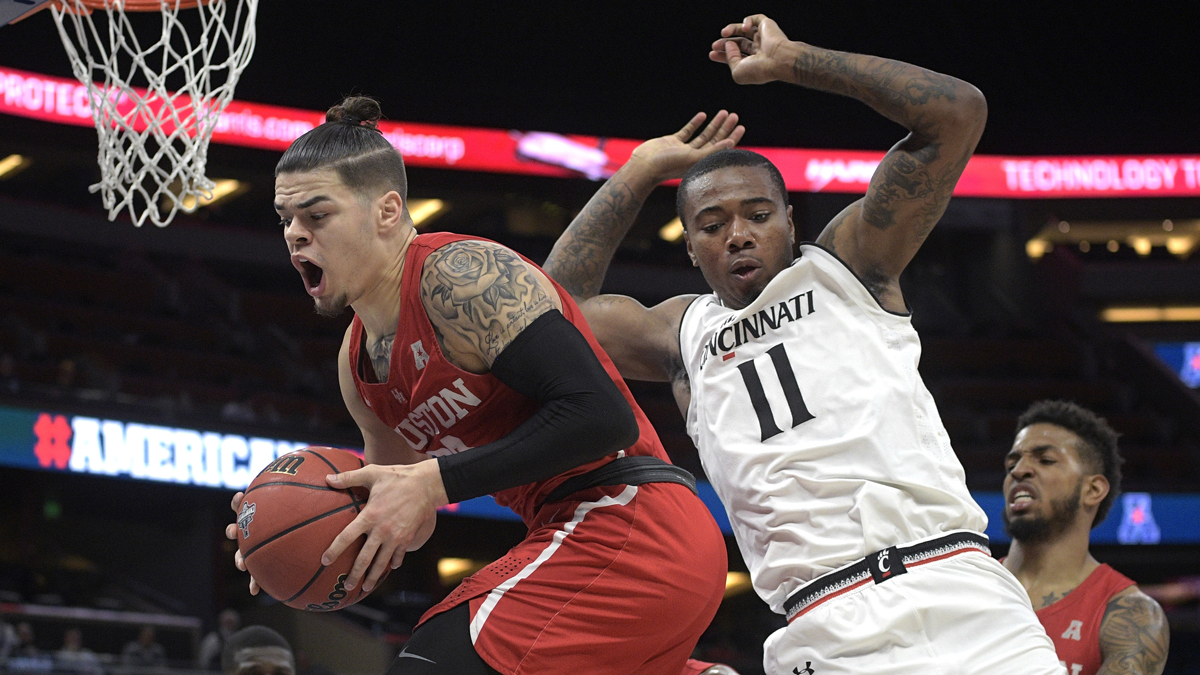 British Prime Minister Boris Johnson called the pandemic "the worst public health crisis for a generation," adding that "many more families are going to lose loved ones before their time."

The head of the U.S. Centers for Disease Control and Prevention, Robert Redfield, meanwhile, noted that the vast majority of new cases of the COVID-19 illness are linked to Europe, which he called "the new China." Deaths in Italy topped 1,000, with more than 15,000 testing positive.

But Dr. Anthony Fauci, director of the National Institute of Allergy and Infectious Disease, also acknowledged that the United States was lagging other countries in testing to learn how widespread the virus really is.

Former Vice President Joe Biden discusses how he would handle the coronavirus pandemic if he was elected president.

“It is a failing, let’s admit it," he told lawmakers.

The European Union quickly slammed Trump's "unilateral" decision, declaring the virus a "global crisis, not limited to any continent and it requires cooperation."

The virus, first detected three months ago in China, has produced crippling outbreaks in Asia, Europe and the Middle East, ignited global financial panic and in the last week has seen dizzying developments erupt by the hour. European soccer leagues, American basketball, hockey and baseball games, school terms for millions of students, weddings, baptisms, funerals, nightlife, culture high and low — all fell by the wayside with a swiftness that was becoming increasingly difficult to grasp.

But amid the fears, it can also be easy to forget that tens of people have recovered from COVID-19, the disease caused by the virus. Most patients have only mild or moderate symptoms, such as a fever or cold, though symptoms can be severe, including pneumonia, especially in older adults and people with existing health problems.

On Thursday, the illness edged closer to the world's power centers: Canadian Prime Minister Justin Trudeau announced he was self-isolating at home because his wife showed flu-like symptoms after her return from Britain, while the Brazilian president's communications director tested positive just days after traveling to meet with Trump at Mar-a-Lago.

Despite that, Trump has no immediate plans to be tested or go into self-quarantine, the White House said. "Both the President and Vice President had almost no interactions with the individual who tested positive and do not require being tested at this time," White House press secretary Stephanie Grisham said in a statement.

Pope Francis live-streamed his private daily mass on Thursday and asked everyone to pray for those affected by the coronavirus pandemic.

Developments in just one 24-hour period included an official designation of "pandemic" from the World Health Organization, the dramatic halt to much travel between the United States and 26 European countries, and infections being announced in rapid-fire pace by Hollywood celebrities, sports stars and political leaders as well as ordinary people on cruise ships.

In Italy's Lombardy region, the virus' European epicenter, hospitals were overwhelmed with both the sick and the dead. Italy, which has the second-oldest population in the world, has seen its fatality rate reach more than 6%, far higher than other countries.

In the U.S., even a Federal Reserve pledge to inject up to $2 trillion into short-term lending markets did not halt the bleeding on Wall Street. The S&P 500 plummeted 9.5%, for a total drop of 26.7%. That puts it way past the 20% threshold for a bear market, snapping an unprecedented, nearly 11-year bull-market run. The Dow Jones Industrial Average sank 10% for its worst day since a nearly 23% drop on Oct. 19, 1987.

European markets also closed one of their worst days in history, unswayed by European Central Bank stimulus measures to buy up 120 billion euros ($132 billion) in bonds.

More than 127,000 people in more than 110 countries have been infected. The vast majority are in just four countries: China and South Korea — where new cases are declining —and Iran and Italy, where they are not. The spread has slowed so much in China that the government sent a medical crew to Italy and offered surplus supplies to Iran.

More than 4,700 people have died worldwide.

In New York, Gov. Andrew Cuomo said the state would ban all gatherings of 500 or more people as restrictions on gatherings were enacted from California to Virginia.

Congress shut the U.S. Capitol and House and Senate office buildings to the public until April 1, the White House canceled tours and the Supreme Court will be closed to the public.

In Italy, new restrictions closed restaurants, cafes and retail shops Thursday after the prime minister imposed a nationwide lockdown on personal movement. Grocery stores, pharmacies and outdoor markets were allowed to operate, as were newspaper stands.

Canadian Prime Minister Justin Trudeau and his wife, Sophie Grégoire Trudeau, announced on Thursday that they are imposing self-isolation as Sophie Grégoire tested positive for COVID-19.

Rosanna Faritna, whose family has run a newspaper kiosk in Rome’s historic center since the 19th century, was torn about staying open.

"I’d rather be home. I’m worried, even if I’m keeping a distance," she said, a scarf around her face.

France, Ireland, Denmark, Norway, Lithuania Algeria and Slovakia joined the growing list of countries shutting down their school systems, and Europe's most successful soccer team, Real Madrid, put all its players into quarantine after one tested positive. The Czech government said it would reimpose border checks and bar entry to people from 13 countries, including Britain and several in the European Union. Slovakia closed its international airports and ground transport hubs.

Even remote Mount Everest was closing. Chinese mountaineering officials canceled spring climbs from their side of the mountain, while in Nepal, operators said cancellations were pouring in.

Europeans were adjusting to the American travel restrictions, which hit some of the world's most heavily traveled routes and threw travel plans into chaos.

"We were going to get married in Las Vegas, with Elvis. It was going to be epic," said Sandrine Reynaert, a Parisian who had to cancel the April 20 ceremony. Her future husband already has the date engraved in his ring.

Britain and Ireland were exempt, despite imposing far fewer restrictions in response to the virus than many EU countries, raising questions about the coherence of the U.S. policy. Trump accused Europe of not acting quickly enough to address the "foreign virus" and claimed that U.S. clusters were "seeded" by European travelers.

Across the U.S., where cases now number more than 1,300, a sense of urgency was pervasive.

Schools emptied of students and workplace cubicles went vacant. A rite of spring, college basketball's NCAA tournament was canceled, while the NBA and NHL also decided their pros won't play at all for now. Major League Baseball canceled spring training and postponed opening day for at least two weeks. Fact Check: Trump Is Wrong About Insurers and Coronavirus

In New York, the Metropolitan Museum of Art, Carnegie Hall and the Metropolitan Opera were shuttered, while Broadway theaters also were to go dark. TV shows taped without audiences and rush-hour crowds disappeared from the city's subway.

Concerts were cancelled around the world.

"The idea of listening to and experiencing music together is gone — for now," the Russian-German pianist Igor Levit wrote after giving a live concert on Twitter's Periscope platform. "It's necessary, yet so sad."

Across the U.S. families hunkered down, wondering what would come next.

"If we avoid each other and listen to the scientists, maybe in a few weeks it will be better," said Koloud "Kay" Tarapolsi of Redmond, Washington, who has two children whose schools closed Thursday.

As the pandemic grips Europe and the U.S., it continues to ebb in China, where the first cases of COVID-19 emerged in December. It reported a record low of just 15 new cases Thursday. So far more than three-fourths of China's patients have recovered.

WHO Director-General Tedros Adhanom Ghebreyesus addressed the media Wednesday and asserted that he now thinks it is appropriate to characterize COVID-19 as a pandemic.

Recovery for mild cases takes about two weeks. More severe cases may take three to six weeks, according to the WHO.

For 83-year-old Natalina De Santis, fear of germs led her to forgo all visits from her three adult children. She insists they leave care packages outside the door of her Rome home, then goes to the balcony to wave.

"If I get sick, what would my children do?" she said in a telephone interview. "They’d have to come, they won’t be able to leave me alone."