Global Coronavirus Updates: Faint Glimmers of Hope as Deaths Appear to Be Holding

Nearly 11,000 people have died of the virus in the United States, and it leads the world in confirmed infections at more than 367,00 Monday evening

The steep rise in coronavirus deaths in New York appears to be leveling off in a possible sign that social distancing is working in the most lethal hot spot in the U.S., the governor said Monday — a trend that seems to have taken hold more convincingly in hard-hit Italy, Spain and France.

Gov. Andrew Cuomo said the number of new people entering hospitals daily has dropped, as has the number of critically ill patients who require ventilators. But he warned that people must continue to abide by the social distancing and lockdown measures 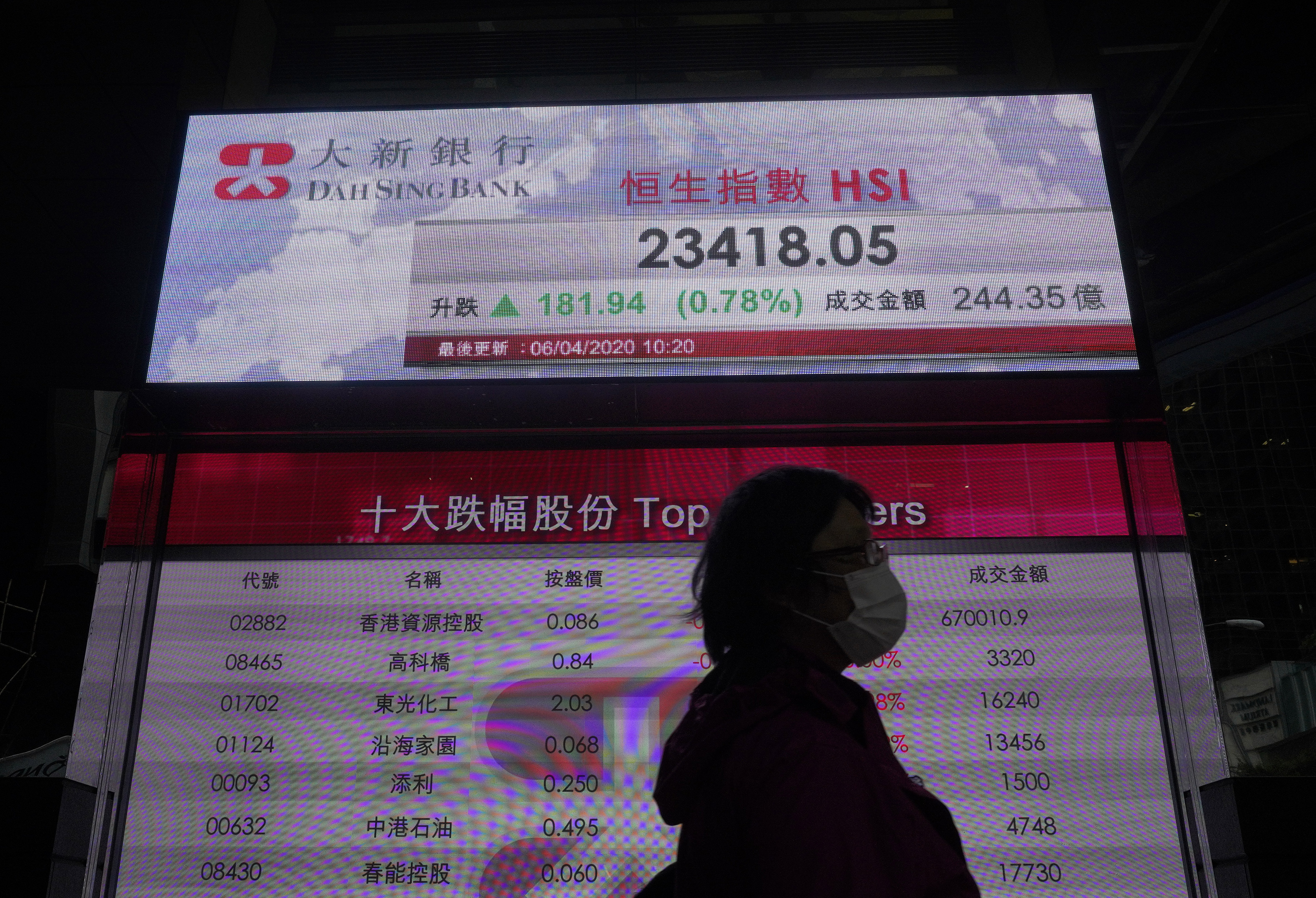 He ordered schools and nonessential businesses to remain closed until the end of the month and lambasted New Yorkers for being out in parks over the weekend.

“That is just wholly unacceptable,” he said. “People are dying. People in the health care system are exposing themselves every day to tremendous risk walking into these emergency rooms.”

Dr. Anthony Fauci explains that we will see a lot of deaths from coronavirus in the coming week, but he will be looking closely at new cases to see if social distancing is working to slow down the spread of the disease.

Italy’s day-to-day increase in new COVID-19 cases dipped again, for the lowest one-day increase in early three weeks. The country, ravaged by the virus, also saw a drop for the third straight day in the intensive care beds occupied by patients with coronavirus infections.

Italy still has, by far, the world’s highest coronavirus death toll — almost 16,000 — but the pressure on northern Italy’s intensive care units has eased so much that Lombardy is no longer airlifting patients to other regions.

Nursing coordinator Maria Berardelli at the hard-hit Pope John XXIII hospital in Bergamo said that while the numbers of new patients had eased up a bit, hospital staff members were still pulling long, difficult shifts.

“There has been no reduction in the work,” Berardelli said. “There have been fewer admissions to the emergency room, but our intensive care units are still full, so the activity hasn’t been reduced.”

Stocks rallied on Wall Street and around the world on the news out of the U.S. and Europe, where deaths and new infections appeared to be slowing not only in the three hardest-hit countries but in the Netherlands and Germany as well.

But leaders echoed New York's warning: Any gains could easily be reversed if people do not continue to abide by the rules that they keep their distance from one another.

Nearly 11,000 people have died of the virus in the United States, and it leads the world in confirmed infections at more than 367,000.

Louisiana health officials reported 68 more coronavirus-related deaths, the state’s biggest jump since the outbreak began. In all, the state where New Orleans hosts millions of tourists yearly has about 480 reported deaths and over 13,000 infections.

A report from a federal watchdog agency found that three out of four U.S. hospitals surveyed are already treating patients with confirmed or suspected COVID-19.

In Spain, deaths and new infections dropped again Monday. The health ministry reported 637 new deaths, the lowest toll in 13 days, for a total of over 13,000 dead. New recorded infections were also the lowest in two weeks.

Emergency rooms in the hard-hit Madrid region of 6.6 million were returning almost to normal a week after scenes of patients sleeping on floors and in chairs.

Patients awaiting treatment in Madrid-area ERs went down Monday to 390 cases, one-tenth of the arrivals last week, the regional government said. The number of people being treated for coronavirus in intensive care stabilized at about 1,500 for five straight days.

“This new phase does not mean we can let down our guard. We are assessing the measures that we will need to adopt,” Ábalos said.

Yet Britain's outbreak was headed in the opposite direction, as the country reported more than 600 deaths Sunday, surpassing Italy’s daily increase for the second day in a row.

British Prime Minister Boris Johnson, who was infected last month, was hospitalized in what his office described as a precaution because of persistent symptoms. The 55-year-old Johnson, who had a fever for days, is the first known head of government to fall ill with the disease.

As coronavirus spreads across the globe, many in the United States are wondering how they can get tested. Here is the process.

Worldwide, more than 1.2 million people have been confirmed infected and over 70,000 have died, according to Johns Hopkins University. The true numbers are certainly much higher, because of limited testing, different ways nations count the dead and deliberate under-reporting by some governments.

The virus is spread by droplets from coughs or sneezes. For most people, the virus causes mild to moderate symptoms such as fever and cough. But for some, especially older adults and the infirm, it can cause pneumonia. Over 263,000 people have recovered worldwide.

Illness has been compounded by shocking economic pain as all the world’s largest economies have ground to a halt, with 10 million jobs lost in the United States in the last two weeks alone.

Austria and the Czech Republic both began openly discussing how to ease some of the crippling restrictions. Austria's chancellor said the plan is to let small shops and garden centers reopen next week, limiting the number of customers inside, and the rest on May 1. The Czech government is proposing an end to the ban on travel abroad as of April 14 and the reopening of small stores.

In Asia, Japan's prime minister said he will declare a state of emergency for Tokyo and six other prefectures as early as Tuesday. Infections are soaring in the country that has the world's third-largest economy and its oldest population.

The disease emerged in China late last year, and every week seems to bring an unwelcome surprise to those trying to fight it. A tiger at the Bronx Zoo has tested positive in what is believed to be the first known infection in an animal in the U.S. or a tiger anywhere.

The zoo's' director, Jim Breheny, said he hoped the finding can contribute to the global fight against the virus.

Associated Press writers around the world contributed to this report.