Health officials confronted tough questions and doubts Thursday about testing to intercept the fast-spreading virus, with scrutiny focused on a four-day delay in screening an infected California woman despite her doctors’ early calls to do so.

The questions are global: not just who, when and how to test for the illness, but how to make sure that working test kits get out to the labs that need them. All those issues apparently came in to play in the treatment of the woman in northern California, a case officials say may be the first community-spread instance of the disease in the U.S.

"This was a clear gap in our preparedness, and the virus went right through the gap," said Dr. Ali Khan, dean of the University of Nebraska College of Public Health. 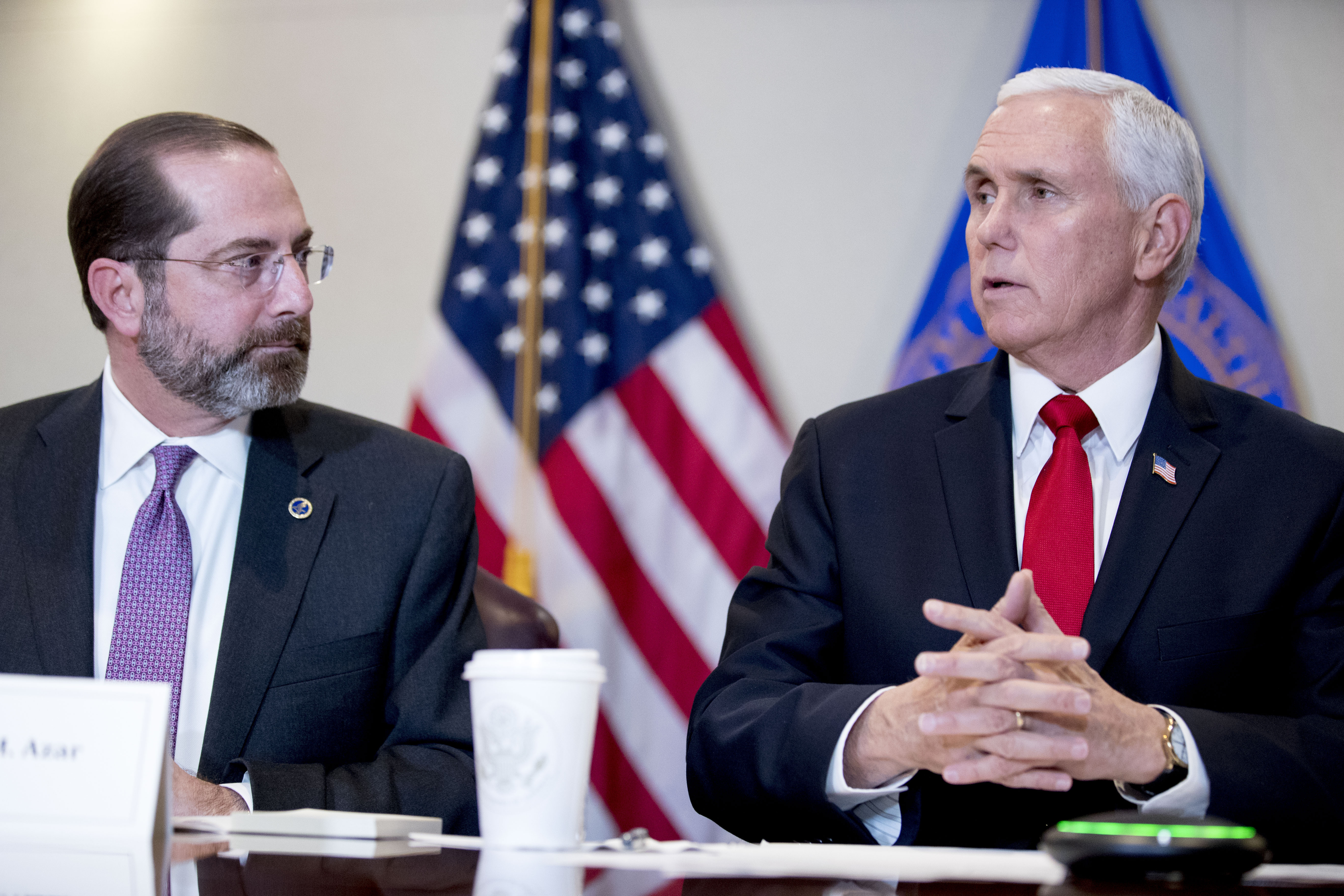 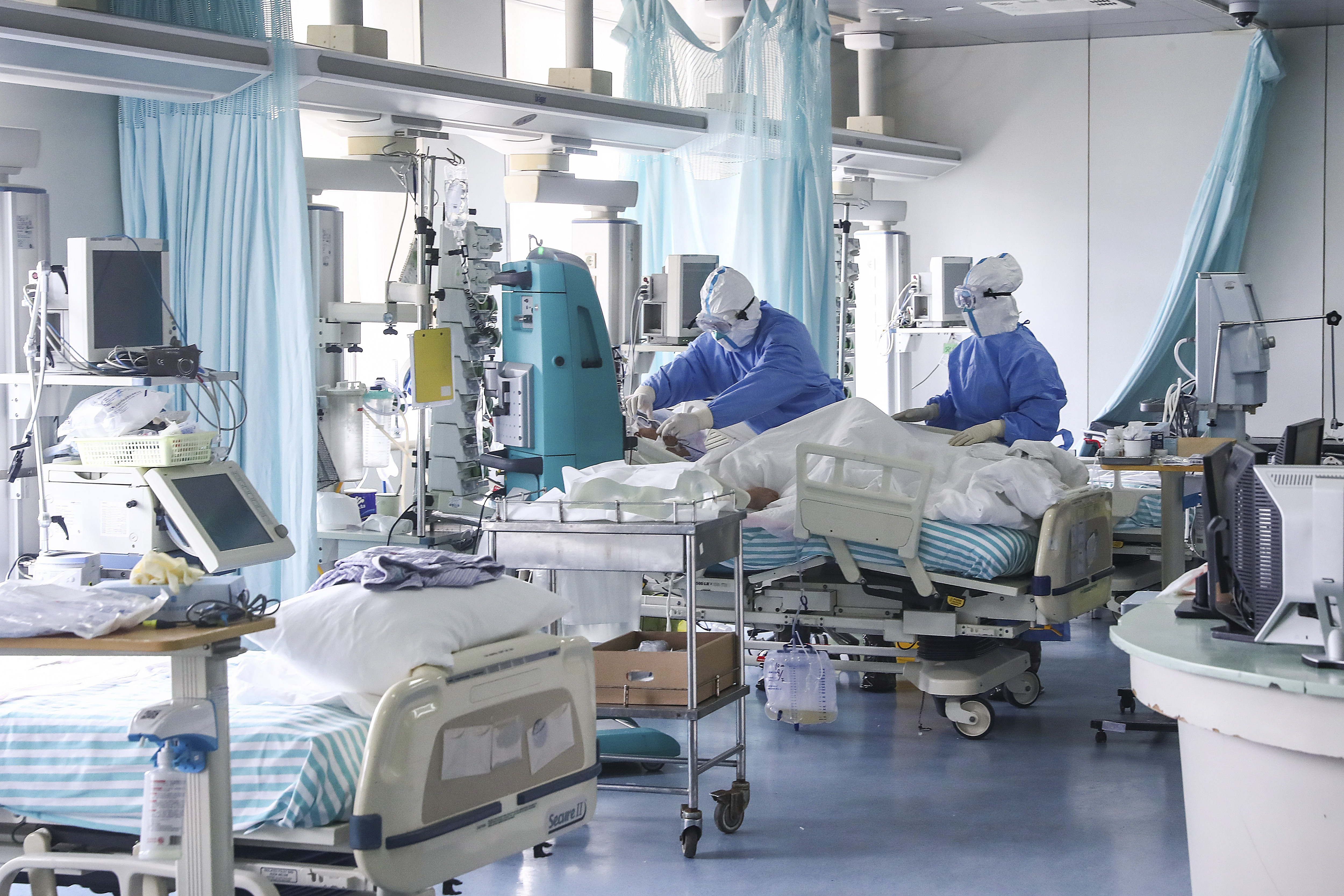 Scientists working to contain the spread of the new coronavirus have noticed something curious about the newly identified pathogen — it hasn't mutated much, NBC News reports.

Genetic analyses have shown that the coronavirus has not undergone many significant changes since it first emerged in China in December, according to Timothy Sheahan, an epidemiologist at the University of North Carolina’s Gillings School of Global Public Health.

It's an important detail because that stability suggests why the new coronavirus is effective at moving from person to person.

"Viruses are into efficiency, and if you have a virus that spills over into the human population and isn’t that good at replicating in a person or human-to-human transmission, it may just die out," he said.

In the wake of the latest California case, U.S. health officials on Thursday expanded their criteria for who should get tested, and took steps to increase testing.

The debate over testing has taken on added urgency as the number of cases worldwide climbed past 82,000, including 2,800 reported deaths. The rapid spread pushed officials in Saudi Arabia to cut travel to Islam's holiest sites, triggered tougher penalties in South Korea for people who break quarantines and ratcheted up pressure on investors as U.S. stock markets extended their week-long plunge. The Dow Jones Industrial Average sank nearly 1,200 points Thursday, its worst one-day drop since 2011.

With the illness rippling across 47 nations in every continent but Antarctica, public health officials emphasized the need for rapid intervention.

"Aggressive early measures can prevent transmission before the virus gets a foothold," World Health Organization chief Tedros Adhanom Ghebreyesus said. He cited a study in China of more than 320,000 test samples that enabled health officials to zero in on the 0.14 percent that screened positive for COVID-19, the disease caused by the virus.

A ride-sharing service in Beijing is offering their drivers a plastic sheet to separate the driver from passengers in an attempt to stop the spread of the COVID-19 virus.

But catching the disease early will require countries to invest in rapid diagnostics, said Dr. Gagandeep Kang, a microbiologist who heads the Translational Health Science And Technology Institute in India.

Test kits used by the World Health Organization cost less than $5 each, said Michael Ryan, the group's emergencies programs director. But that figure does not include the expense of medical staff and validation screening, and making such investments effective goes well beyond the expense involved.

"As we can see from the new sparks on Italy, Iran, Korea, is that early identification of cases is crucial. There, the first persons with infection were missed," said Marion Koopmans of the Erasmus Medical Center in the Netherlands.

Doctors at the University of California Davis Medical Center were mindful of the need for early identification on Feb. 19 when the hospital admitted a female patient on a ventilator who showed symptoms of a viral infection. They asked she be tested for the new coronavirus, according to an email hospital officials sent to their employees, but a test was not administered because she did not fit federal test criteria. The test was not done until four days later, on Feb. 23, and the results did not come back until Wednesday, a full week after she was admitted, the hospital said.

The federal agency in charge of testing, the U.S. Centers for Disease Control and Prevention, took issue with that account late Thursday. The agency said it was still investigating, but that a preliminary review showed it had not been informed of the case until Feb. 23, when it requested specimens for testing. It said criteria in place at the time could have allowed the woman to be tested earlier.

The case highlights the fact that most testing in U.S. up to now has been limited to those who, in addition to showing symptoms, have a history of travel to countries affected by the disease or contact with those who have done so, said Lauren Sauer, director of operations at Johns Hopkins University’s Office of Critical Event Preparedness and Response.

"In the U.S., people are sticking pretty closely to that definition," Sauer said. But the increasing cases on other continents "are demonstrating we need to do a better job than just where the outbreak originated."

On Thursday, the CDC updated its testing criteria on its website — a move that had been in the works for days, according to a federal official familiar with the change.

The CDC will continue to advise testing people who have traveled to certain outbreak areas and have fever and certain other symptoms. But now testing is also appropriate if such symptoms exist and flu and other respiratory illnesses have been ruled out and no source of exposure has been identified.

As part of that, CDC has expanded the list of countries that are red flags for testing to include not only China but Iran, Italy, South Korea and Japan. 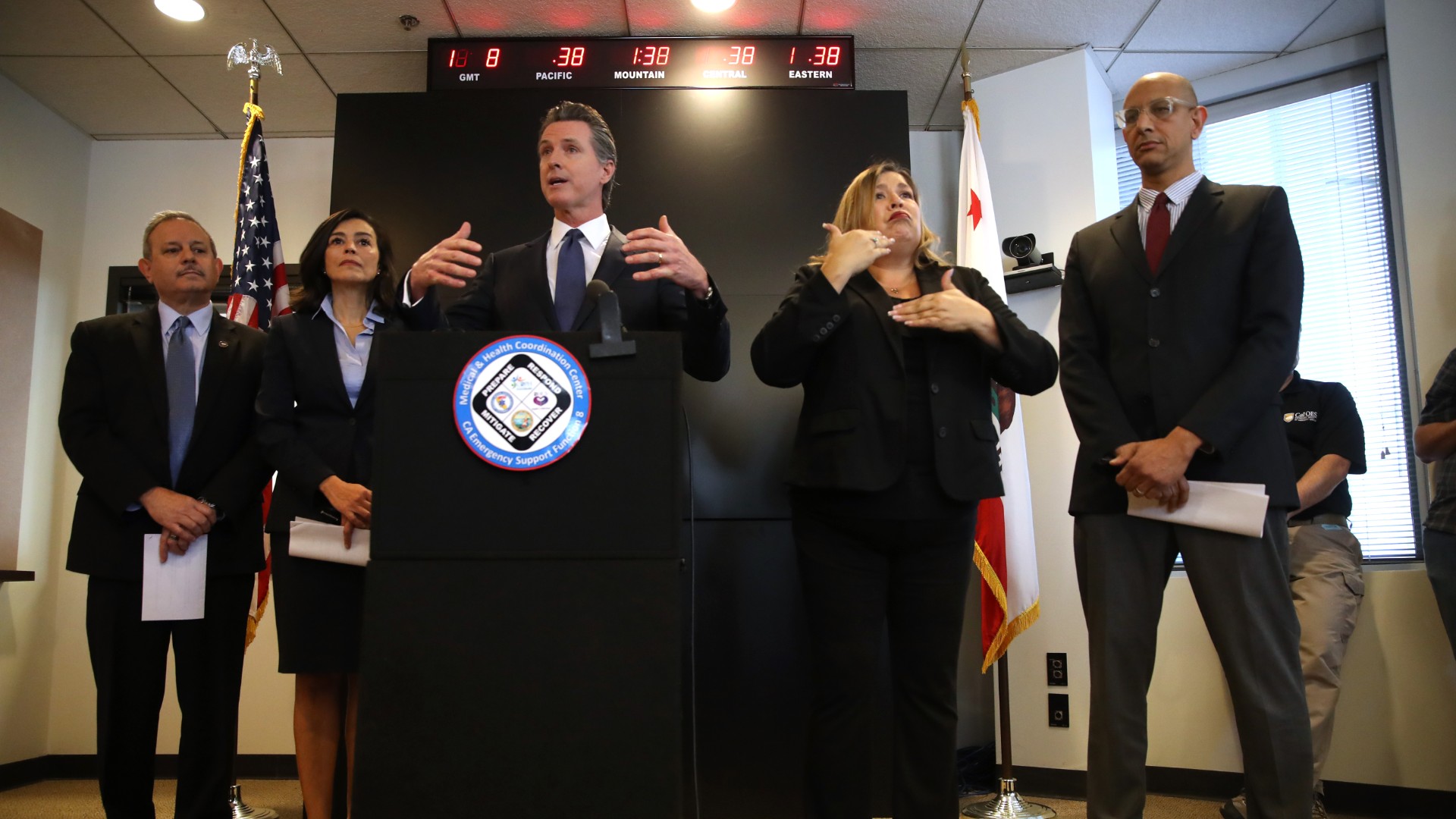 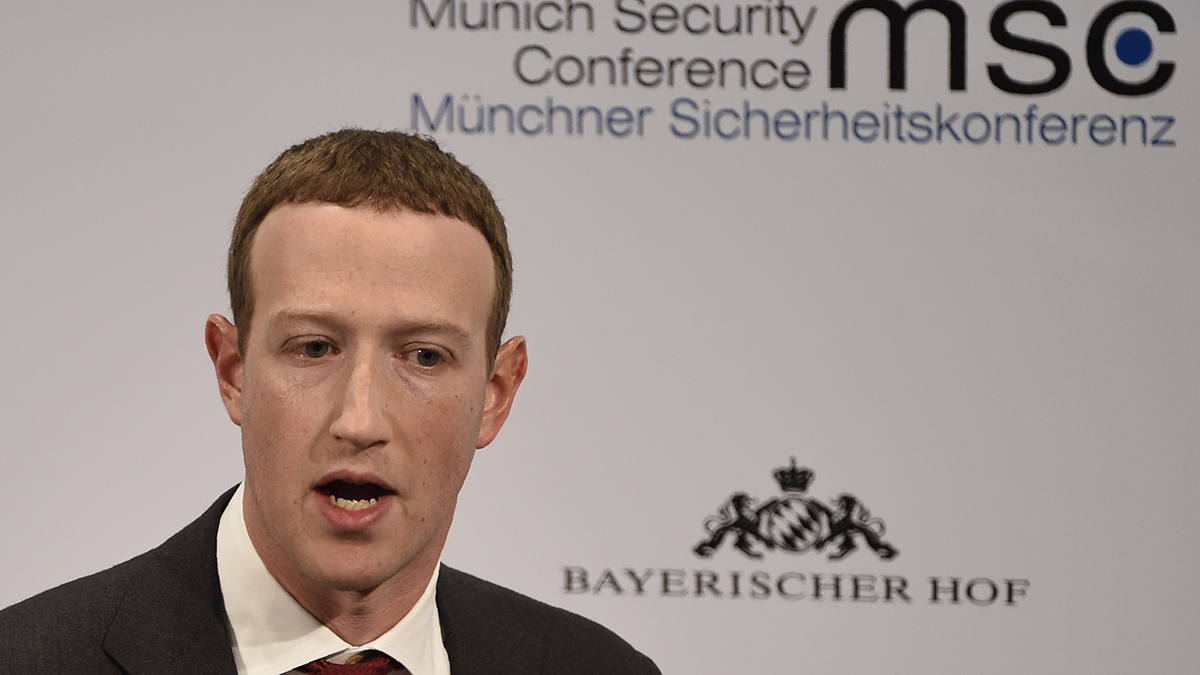 Last month, the CDC said it had developed a test kit that could be sent to state and big city public health labs, so they could broaden testing to more people. Early this month, the agency got authorization to begin distribution of the kit to government public health labs in the 50 states and some cities and counties.

But most of the kits proved to be faulty, providing inconclusive results to test samples that should have tested positive. The problem was blamed on one of three reagents used in the testing. CDC said it was trying to manufacture new reagents, but gave no firm timetable for when that would occur.

Only about a half dozen state and local public health labs had fully functional kits as of early this week.

As weeks passed, the problem became more and more frustrating, said Scott Becker, the chief executive of the Association of Public Health Laboratories.

On Monday, Becker's organization sent a letter to the U.S. Food and Drug Administration, basically asking permission for state labs to develop their own tests. On Wednesday, FDA officials responded that labs would be allowed to rely on the two other reagents, meaning that as many as 40 state and local labs could be up and running with their tests in the next few days, Becker said.

The California case, and remarks by Italian officials that they were rethinking how to classify people who test positive for the illness but show no symptoms, highlighted the questions that surround large-scale screening for the disease.

The test being used by U.S. health officials takes just four to six hours to perform once it’s in a lab. But up to now, those tests have been sent to federal testing centers, often significantly extending the time to get results.

"Testing protocols have been a point of frustration," California Gov. Gavin Newsom said Thursday. He said federal officials had assured their state counterparts that capacity to test will be growing "exponentially" in the next few days, but he wasn’t more specific.

Federal official likely limited testing early on because of concerns about a deluge of false positives, which could panic communities and become counterproductive, said Khan, a former top disease investigator for the CDC.

But he suggested that a tiered testing system might be the answer, in which a positive test would have to be verified by another lab before a case is diagnosed and counted.

The challenge is complicated by a slowness to distribute test kits.

Newsom said Thursday the state had just 200 testing kits on hand and "that’s simply inadequate." He said he spoke to CDC officials and they assured him they were working to make testing more broadly available in California.

In Italy, where an outbreak has depressed tourism and fueled panic, officials said Thursday they would change their reporting and testing practices in ways that could lower the country's reported caseload.

The Centers for Disease Control and Prevention is warning Americans to begin preparing for a likely outbreak of coronavirus in the United States, saying that both a "community spread," as well as disruption to work, school and life were likely in the event of a domestic outbreak.

Italian authorities plan from now on to distinguish between people who test positive for the virus and patients showing symptoms, since the majority of the people in Italy with confirmed infections aren’t actually sick. They said they would follow urging by the WHO and hold off on certifying cases screened only at a regional level, until they can be confirmed by national officials.

"The cases that emerge from the regions are still considered suspect and unconfirmed," said Walter Ricciardi, a WHO adviser to the Italian government.

But U.S. experts said the crisis requires more rapid testing, and a willingness by officials to revise their criteria. Sauer pointed to a case in Canada, where officials zeroed in on a traveler from Iran with COVID-19 soon after that country announced its first cases.