Ninety to 120 people gathered after church services on March 15 to celebrate the reverend's sixth anniversary at Friendship Baptist. Two weeks later, one person was dead and many more were sick

Ninety to 120 people gathered after regular morning services at Friendship Baptist to mark the Rev. Laverna Horton’s sixth anniversary at the church in Everettville, a rural community north of the Monongalia-Marion County line.

"Typically, black Baptist churches celebrate two major events each year," said the Rev. Rahsaan Armand, head pastor of Mount Zion Missionary Baptist Church in Clarksburg. "That’s the church’s anniversary and the pastor’s anniversary. We go around and celebrate each one of those for each church."

Later that day, after Viola Horton and the Morning Star choir performed in the celebration in Everettville, the federal Centers for Disease Control and Prevention advised against gatherings of 50 or more people.

On the following day, Gov. Jim Justice declared a state of emergency. 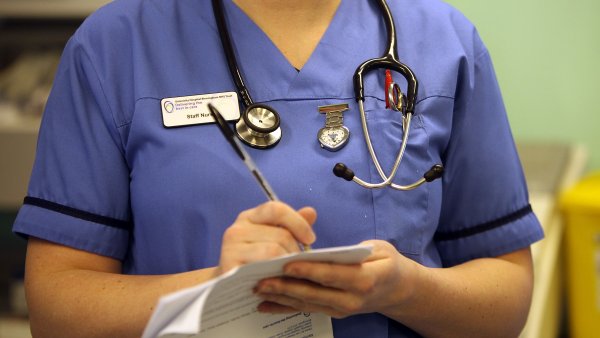 Why Some Nurses Have Quit During the Coronavirus Pandemic 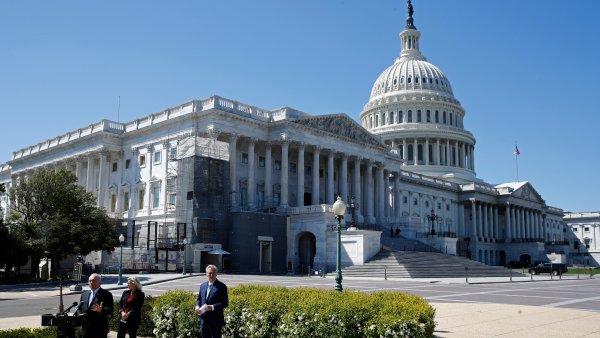 As Trump Pulls Back From Virus, Congress Races to Fill Void

Fourteen days later, Viola Horton was dead. She was the first West Virginian killed by COVID-19.

'THAT IS A STEREOTYPE'

Calls began streaming into the voicemail of Romelia Hodges, a Mount Zion member who attended the anniversary event with her 10-year-old daughter.

People were getting sick and didn’t know what to do. Two attendees were hospitalized four days afterward, Hodges said. After five days, the number was up to five.

He died on Good Friday. He was Marion County’s second coronavirus death.

Laverna Horton and her family called Hodges on March 20 asking her to get the word out on Facebook that people who attended the event were falling ill.

Hodges said she called Lloyd White, the administrator for the Marion County Health Department. Cooperation with health officials would be needed to trace the virus, White told Hodges.

Hodges said she would track down people using a photo taken at the event and by calling area pastors to seek a list of attendees. On conference calls with health officials and local pastors, White reiterated the need for cooperation.

"I specifically said what makes contact tracing effective, as well as any epidemiology work, is community communication and cooperation. Without that, it stops dead in the water," White said.

This animation shows what the coronavirus can do to the lungs and how it compares to pneumonia.

"I said that is a stereotype," she said. "That’s one of the major problems with the African American community and health care professionals that creates a distrust, is you always feel like we don’t want to be bothered with health care officials, and that’s not actually the case. I said we have a lot of people out here who are ill, who want to be tested and they don’t know what to do. We need some direction."

Hodges’ frustration grew as the virus spread. Calls to state legislators in Marion County went unreturned, she said. She turned to Delegate Danielle Walker, D-Monogalia, one of four black lawmakers in the state Legislature.

Hodges, Walker-Samuels and Walker sent a list of names April 2 to the Charleston office of Sen. Joe Manchin, D-W.Va. In response, everyone on the list was contacted and advised on where they could be tested, Manchin’s staff said.

Meanwhile, the toll from COVID-19 mounted.

Her 10-year-old daughter recovered after being sick for a few days following the church event. The family thought it was a common cold, Hodges said. Still, they self-quarantined.

Two weeks after the event, Hodges said, she lost her sense of smell, among virus symptoms listed by the CDC. Her 16-year-old son began getting headaches, another symptom. Her 19-year-old son lost his sense of smell and taste. All recovered quickly.

But not Patrick Hodges, Romelia’s husband. He began getting headaches. Both he and Romelia tested positive, she said.

Dealing with Patrick’s sickness, Romelia said, "was like battling the devil himself in the house."

Patrick and his two sons are immunocompromised with a rare form of anemia, Romelia said. Patrick said doctors misdiagnosed him with sickle cell anemia in his early 20s.

The family keeps nine oxygen tanks. Patrick used one while battling the virus.

"When people say ‘(COVID-19) ain’t really it,'" Patrick said, "It is. Because what it’s going to do is it’s going to (exacerbate) whatever previous health issues you had, and it turned mine completely up. Besides a couple of issues here and there, I ain’t had that much pain with it for like 20 years."

Romelia said she never had her children tested because they were healthy now and others needed the tests more.

A week and a half later, she was hospitalized.

After her temperature read 96.7 degrees, Horton said, she told a doctor that people who attended the event were dropping like flies.

"I asked time after time (for a test) ... they wouldn’t give me one," Horton said. "Something did happen to me, and I didn’t know what it was, but for almost three weeks I couldn’t eat, nor did I have any taste ... and I lost a whole bunch of weight."

She recovered and never was tested.

Marion County did not have a testing site in the first weeks of the pandemic. Residents were directed to hospitals in Harrison and Monongalia counties for screening.

The county lost its lone hospital when Fairmont Regional Medical Center closed in late March — after Viola Horton was exposed to the virus. When she was hospitalized on March 23, the ambulance ride to Monongalia County took more than 25 minutes.

Rochelle Kizner’s mother rode to Everettville on the same Morning Star van as Viola Horton. Kizner said United Hospital Center staff in Bridgeport tested her mother with a nasal swab and then advised them to quarantine at home and await results in seven days.

"I refused to leave because I see that my mom is sick, and if I would’ve took my mother back home, my mom would’ve just died," she said.

The hospital admitted Kizner’s mother, whose test came back positive three days later. She recovered and returned home in 13 days.

Churches are more than Sunday gathering places for much of North Central West Virginia’s black community. They are a life hub.

An Indiana father had to cancel his daughter's quinceañera due to the coronavirus pandemic. But instead of letting the moment pass, he did something special.

Families and congregants ached at the thought of being unable to lay Horton and Hood to rest with the support of the community.

Pastors are preaching over Facebook Live. It’s the closest the community can be during the pandemic, said Armand.

"The church has always been the centerpiece of the black community ... especially in a tight-knit community like this one, because of three counties — Monongalia, Harrison and Marion," he said. "We’re always in and out of each other’s backyards."

In the void that formed following the breakdown of church life, Romelia Hodges waited for someone to note that a predominantly black community was being ravaged by COVID-19.

Black people made up more than half of positive cases in Marion County as of April 14 while composing just 3% of the population.

Hodges wondered why her community had not been deemed a vulnerable population as nursing homes had been. That designation finally came from state health officials last week, when they also said they planned to form a task force to address disparities in public health.

Problems run deep, as does the challenge in finding answers.

"To be blunt … African Americans don’t have primary health care physicians. We don’t visit the doctor on a regular basis, and then we have a distrust for the medical community," Hodges said.

Recent experience does not help. Where was the National Guard, Hodges wanted to know. Testing help and state resources went to the Eastern Panhandle when a cluster popped up there.

"To be a health official and not recognize this issue, or know this," Patrick Hodges added, "it’s hard to fathom."