But for those behind bars who didn't file a tax return in 2018 or 2019, another deadline is looming — they have until Oct. 15 to send a written application for the relief checks, or they may not receive them at all.

A U.S. judge says the IRS can't keep withholding coronavirus relief payments from incarcerated people, potentially clearing the way for at least 80,000 checks totaling more than $100 million to be sent to people behind bars across the United States.

The ruling from U.S. District Judge Phyllis J. Hamilton late last month gives the IRS until Oct. 24 to reconsider the payments for those who were denied or had their money intercepted solely because of their incarceration. But for those behind bars who didn't file a tax return in 2018 or 2019, another deadline is looming — they have until Oct. 15 to send a written application for the relief checks, or they may not receive them at all. 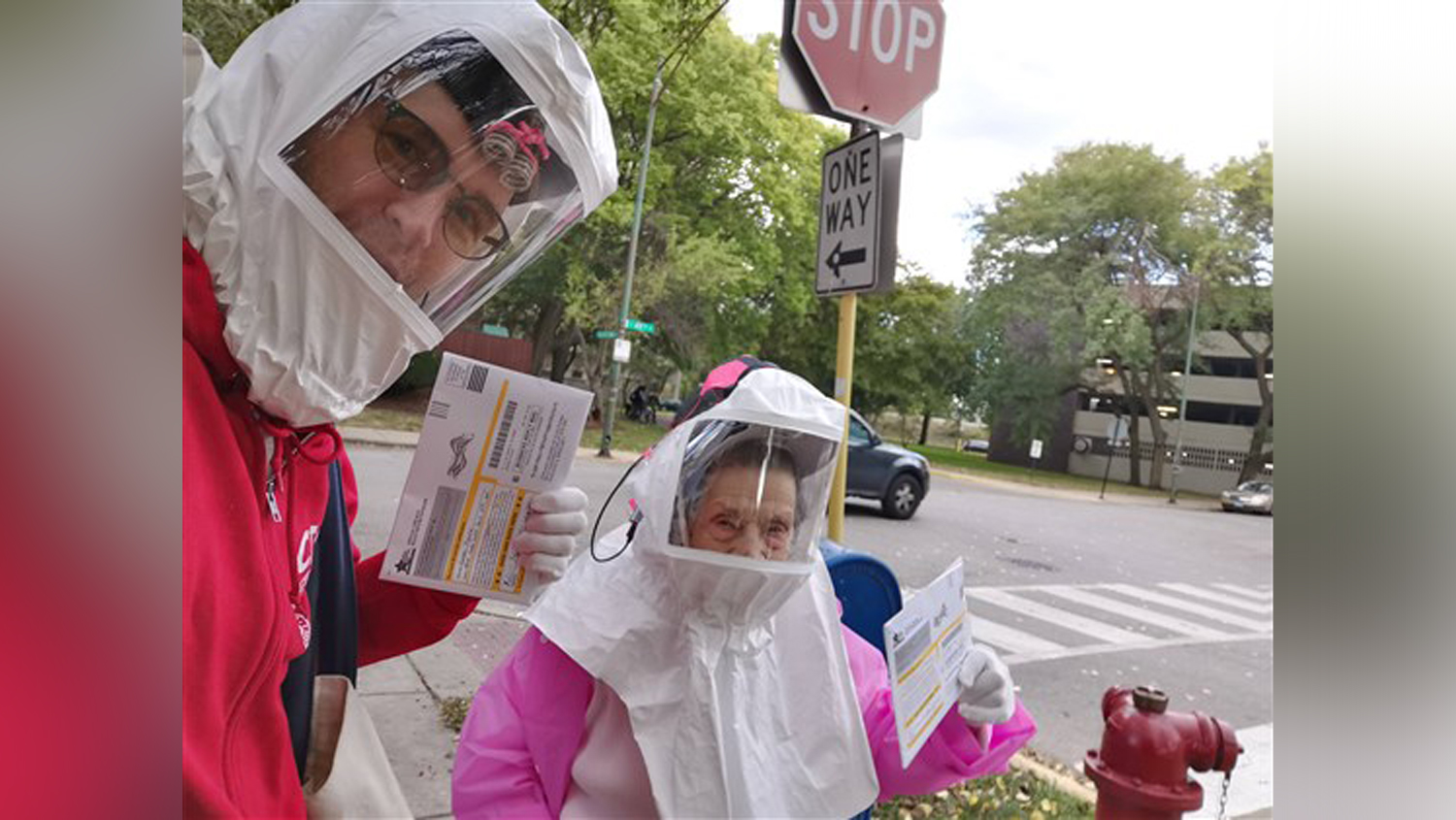 102-Year-Old Wears PPE to Mail Her Ballot: ‘Most Important Election of My Lifetime'

The federal agencies have filed a “protective appeal” to the 9th U.S. Circuit — which appears to be a placeholder of sorts designed to give officials time to decide if they'll fight the ruling.

“The decision whether to proceed with the appeal will be made by the acting solicitor general, who has not yet made a decision,” U.S. Department of Justice tax attorney Julie Ciamporcero Avetta wrote in a court filing on Monday.

The legislation passed in March that authorized the payments of up to $1,200 per person during the pandemic doesn't specifically exclude jail or prison inmates. Still, that's exactly the claim that the IRS made a couple of weeks after the coronavirus rescue package passed.

The Internal Revenue Service is canceling over 1.1 million coronavirus stimulus checks it sent to deceased Americans in April.

On its website, the federal tax agency added a section that cited the unrelated Social Security Act in claiming that incarcerated people were not entitled to the funds. The IRS and U.S. Treasury Department also told corrections officials to intercept any checks that arrived at jails, prisons or detention facilities and return them to the federal government.

In June, Smith was unable to provide the legal basis for the agency's decision to withhold the funds.

“I can't give you the legal basis,” Smith said in June. “All I can tell you is this is the language the Treasury and ourselves have been using. It's just the same list as in the Social Security Act.”

President Trump calls the New York Times reporting that he paid just $750 in federal income taxes in 2016 and avoided taxes all together in many of the previous years "fake news."

Prison officials across the country followed the IRS instructions, intercepting hundreds of thousands of dollars.

“That was purely an invention of the Treasury and the IRS,” Kelly Dermody, an attorney with Lieff Cabraser Heimann & Bernstein in San Francisco, who is representing the plaintiffs, said Monday. “So the court is looking at the congressional legislation and saying, 'You can't do something different than the legislation.'”

Living behind bars is expensive for inmates and their families, Dermody said. A 15-minute phone call with family members can cost more than $20 in some states, and inmates often must buy additional food to meet their nutritional needs. In many correction systems they also must purchase their own personal hygiene items such as soap, shampoo and cleaning supplies — a need that is even greater during the coronavirus pandemic.

Prison and jail jobs can be hard to get and typically only pay cents on the dollar, so much of the financial burden falls on inmates' friends and family members — who may already be dealing with the loss of an income provider in addition to pandemic-related job losses and illness.

“Low-income communities in particular, and communities of color have been hit hard by COVID, so it's a trifecta of challenges for them to take care of the basic human needs that people have inside,” Dermody said.

It's not clear exactly how many incarcerated people could qualify for the payments. There are roughly 1.5 million people behind bars in the U.S. But some of them are foreign nationals, are claimed as a dependent on another person's taxes, or don't have Social Security numbers. Those individuals don't qualify for the checks.

Many of the rest didn't make enough money in the past two years to file income tax returns, and they'll likely be left out if they don't mail an application before Oct. 15. The IRS has agreed to extend the deadline for applying online to Nov. 21, Dermody said, but the vast majority of jail and prison inmates don't have any way to access a computer or the internet, which makes applying online nearly impossible.

Some state officials are taking action to get the word out to inmates. Prison officials in Maryland and California are working to notify all lock-up facilities. Advocacy groups such as Prison Policy Initiative and Harvard Prison Legal Assistance Project are racing to notify incarcerated people about the deadline and to help them get applications. Dermody's law firm is publishing information about how to apply and creating a "frequently asked questions" to help inmates and their loved ones navigate the process.

Some inmates may be reluctant to apply even if they hear about the ruling in time, Dermody said.

“You can imagine the great amount of fear inside, when you've been told there's a rule and you don't want to do anything to break that rule because you could end up doing more time,” she said. “It's critical that the IRS correct its misstatements and do so at the level of individual people.”