The impact of the coronavirus on major U.S. corporations across the country shows no signs of slowing down.

Here's a list of some of the major businesses and corporations that have temporarily shuttered because of the coronavirus:

AMERICAN EAGLE AND AERIE
American Eagle and Aerie stores in the United States and Canda will be closed from March 17 until further notice. Both brands' online stores will remain operational.

APPLE
Tech giant Apple is closing its stores outside of China for two weeks and will only sell online as part of efforts to fight the global viral pandemic.

ASCENA RETAIL GROUP
The parent company for brands like LOFT and Justice said it would be closing its company-operated retail stores from March until further notice. That decision also includes Ann Taylor, Lou & Grey, Lane Bryant, Cacique and Catherines. Customers can continue buying items from the brands' online stores.

BATH & BODY WORKS
All U.S. and Canada Bath & Body Works locations will be temporarily closed, the company announced. A press release did not say when they would reopen. Customers can still safely shop from home.

BED, BATH & BEYOND
Bed, Bath and Beyond announced that as of the morning of March 20, the company will close 50% of its stores in the U.S. and Canada until May 2. That means 800 Bed, Bath & Beyond locations that do not sell health and personal care products will close their doors to customers. Bed, Bath & Beyond, buybuy BABY, Harmon and other stores that do have a health and personal care department will remain open. As of April 2, the company also announced it would be furloughing many of its store and company employees.

CINEMARK
Cinemark the third largest theater chain in the U.S., announced it would be closing all of its 345 locations starting March 18.

COACH
All coach stores in the United States, Canada and Europe will be closed from March 18 through April 10. The company said it will reconsider a reopening date every two weeks. You can still purchase products from the brand's online store, and the return policy will be extended to 30 days after stores reopen for both in-store and online purchases.

DICK'S SPORTING GOODS
All DICK’S Sporting Goods, Golf Galaxy and Field & Stream stores have closed as of March 18 until further notice. Some stores in California have already reopened. Customers can still order online and on the app. Shoppers can pick up items they've ordered through the chain's new curbside contactless pickup service at DICK's and Golf Galaxy stores from 9 a.m. to 6 p.m., seven days a week.

DISNEY
All Disney stores in North America will be shut as of March 17. Products will still be available on ShopDisney.com. Disneyland Resort and Walt Disney World Resort are closed until further notice.

DR. MARTENS
Dr. Martens will be closing all of its locations in the United States, the United Kingdom, France, Germany and the Benelux until further notice. The online store will remain open.

DSW
As of March 17 and until further notice, the show warehouse closed all stores in the U.S. and Canada. Shoe lovers can still shop on the DSW online store, free shipping is available for everyone, on anything. VIP members will also get additional reward points on all purchases with the code DSWPOINTS.

EXPRESS
Starting March 17, all Express and Express Factory Outlet stores will be closed until further notice. Customers can still shop via the Express website and app.

GAP
The Gap has closed stores in the U.S. and Canada until further notice. The company announced March 30 that it would be furloughing many of its store employees and laying off some corporate hires.

H&M
H&M will close all retail locations in the United States until April 2, 2020, or until further notice.

HOBBY LOBBY
The threat of the coronavirus pandemic has forced Hobby Lobby to close its stores until further notice, the arts and craft retail chain announced April 3. The Oklahoma City-based company said in a statement that it was furloughing all of its store employees and many of its corporate and distribution workers.

IKEA
IKEA has announced it will close all 50 U.S. store locations as well as the IKEA Planning Studio in New York City. A press release did not say when the stores would reopen, but customers can continue to order shop online and have purchases delivered.

J. CREW
J. Crew has announced it will be closing all retail stores until further notice.

JC PENNY
JC Penny announced all of its stores would close as of March 18. The company now says its locations will remain closed until further notice. Many of its store employees will also be furloughed.

LA FITNESS The gym chain announced that it will close all of its gyms nationwide beginning March 16 and they will remain closed until further notice. Nearly all of its club employees have been furloughed.

L.L. BEAN
L.L. Bean is closing all of its retail stores across the country, including its flagship store in Freeport, Maine, to prevent the spread of the new coronavirus. CEO Steve Smith said the closings, which were initially supposed to last until March 30, will continue until further notice.

LORD + TAYLOR
Lord + Taylor will be closing all store locations with plans to reopen doors "as soon as possible."

LULULEMON
Lululemon Athletica Inc. lulu said Sunday that it will keep closed all of its stores in North America and Europe, from March 16 "until they can safely reopen," in response to the COVID-19 pandemic.

MALL OF AMERICA
The Minnesota mall will be closed from the end of the business day on March 17 through at least March 31, officials announced. The decision complies with Minnesota Gov. Tim Walz's order to limit gathering sizes the prevent spreading the coronavirus.

MCDONALD'S
McDonald's announced Sunday that they would close "will close seating areas, including the use of self-service beverage bars and kiosks, and shift our focus to serving customers through Drive-Thru, walk-in take-out and McDelivery." The decision to partly close is in line with other popular restaurants and cafes, including Starbucks and Taco Bell.

MGM RESORTS
The owners of iconic Las Vegas casinos such as Bellagio and Wynn Las Vegas are shutting down as the coronavirus pandemic prompts authorities to lock down public gathering places. MGM Resorts’ operations in Las Vegas include the MGM Grand and Mandalay Bay. The company said it will suspend operations at casinos and hotels indefinitely by Tuesday. It will not be taking reservations for arrivals prior to May 1.

NIKE
Nike announced Saturday it will shut down all of its stores in the U.S., Canada, Western Europe, Australia and New Zealand starting Monday and will keep them closed until March 27.

NORDSTROM Nordstrom announced Monday that all stores in the U.S. and Canada will close for two weeks starting March 17. Their online stores will still be operating.

OLD NAVY
Old Navy said in an email to customers that it will close all stores in the U.S., Canada and Mexico for two weeks, starting March 19.

REGAL CINEMAS
Starting Tuesday, March 17, 2020, all Regal theatres will remain closed until further notice as a precaution amid the current circumstances.

REI
REI announced Monday that it will temporarily close all of it's 162 retail stores nationwide, from March 16 until March 27.

SEPHORA Sephora announced that it will close all of its U.S. and Canada locations starting March 17. The company plans to reopen stores April 3.

SIMON PROPERTY GROUP
Simon Property Group will close all of its retail properties, including malls, premium outlets and mills in the U.S. The measure will take effect from March 18 through March 29. The real estate company's malls include King of Prussia Mall in Pennsylvania. Check here to see if your local mall will be affected.

ULTA BEAUTY Ulta Beauty will close all of its U.S. locations beginning March 19 and keep them closed until at least March 31.

UNIQLO
UNIQLO has closed its 50 retails stores nationwide on March 17 and until further notice. Shoppers can still make purchases at uniqlo.com.

VICTORIA'S SECRET
The lingerie retailer has closed its U.S. and Canada brink-and-mortar locations and online store through March 29.

VF CORPORATION
The parent company for brands including Dickies, Jansport, The North Face, Timberland and Vans has closed all company-owned retail stores in North America from March 16 through April 5.

Other businesses have remained open, but have put restrictions in place.

As the coronavirus pandemic takes hold in the United States, restaurant chains are rolling out new measures to ensure customer safety.

Chick-fil-A, Taco Bell and  Starbucks are among the restaurants encouraging customers to grab their food and go. All three are making heavy use of their drive-thrus to distribute food, while still limiting crowds of customers from gathering.

It’s a move that might not faze consumers all that much. Even before the coronavirus ushered in an age of social distancing, drive-thru service was hugely popular in the U.S.

Experts estimate that about 60% to 70% of a restaurant’s sales come from the drive-thru, if they have one. That means nailing the customer experience is essential.

Drive-thrus have been undergoing transformations as restaurants turn to technological solutions to boost sales. Companies are pouring money into innovations to get diners to spend more. 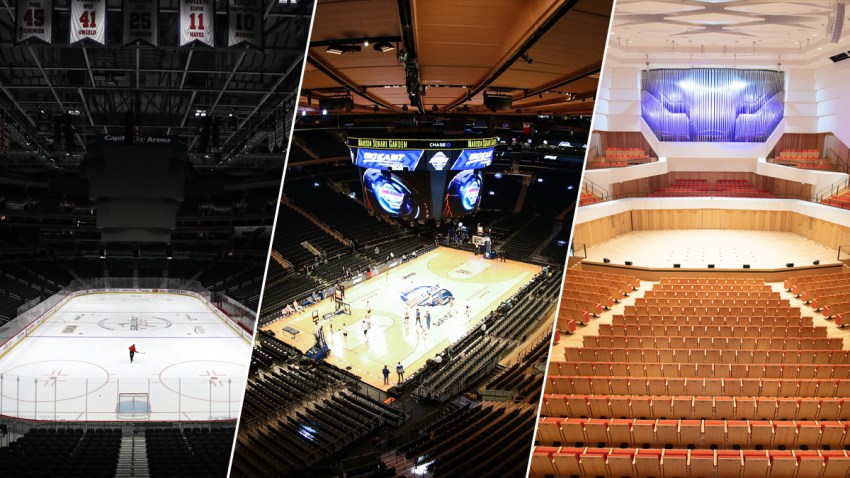 Dunkin’ Donuts unveiled its first dual-lane drive-thru system in 2018, and Chipotle rolled out its version of the drive-thru called Chipotlanes in early 2019.

And it’s working. In 2019, 39% of consumers reported that they used the drive-thru more often than they did the year prior.

Despite the surge in popularity, just 20% of American restaurant operators currently have drive-thrus. In a segment with razor-thin margins like fast food, providing solid drive-thru service can be make or break.