Thrift Stores See a Surge in Donations Amid Coronavirus Pandemic

People have had plenty of time to clean out their closets during stay-at-home orders, and this has translated to a spike in donations to thrift stores.

At first glance, this seems like a win-win situation for secondhand shops, which rely on donations to fund their nonprofit missions. However, some thrift stores — especially those that are closed or operating with a reduced staff — have struggled to cope with the sudden surge in donated items.

The problem has been especially obvious at outdoor donation bins, where some people have been stacking bags of items even after the bins themselves fill up.

When people leave donations outside like this, they usually become unusable, says Ricardo Luckow, executive director of the Society of St. Vincent de Paul, which operates thrift stores around Pittsburgh.

The St. Vincent de Paul donation sites around the city have been overwhelmed with drop-offs, bags of clothing and loose items spilling out of the bins and onto the pavement.

“Obviously the donations are outdoors and exposed to the elements and we won’t be able to use (them),” Luckow told TODAY Style. “It would have to mean going through a full laundry cycle for all the donations and, unfortunately, the cost then exceeds the benefits of using those donations.” 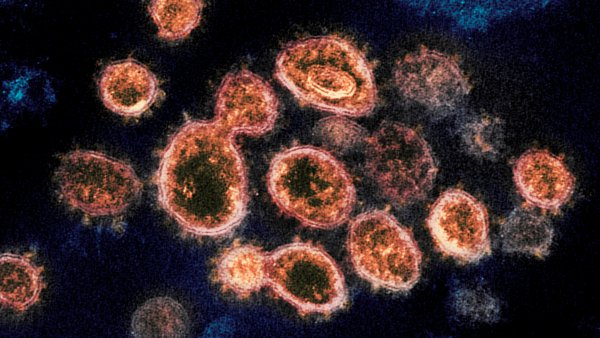 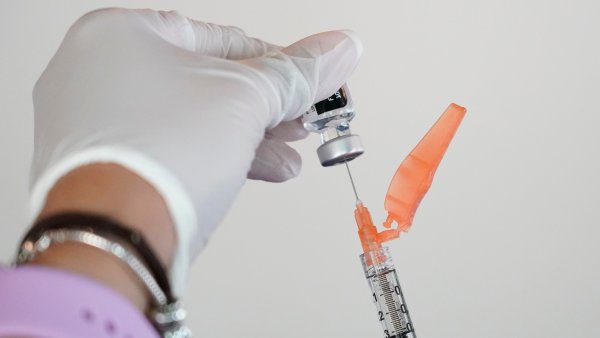 Some Immunocompromised People Can Receive a 4th COVID Shot: CDC

In fact, it can actually cost thrift stores more to dispose of goods left outside. In the case of the St. Vincent de Paul bins, many of those are located on church grounds, and stores are coordinating with the parish to see if they can make use of their dumpsters, Luckow said.

“But otherwise, we have to pick them up, transport them to our recycling center and dispose of them there, which is an added cost,” he said.

As donations pile up, many thrift stores are trying to strike a tricky balance — on the one hand, emphasizing that they still very much need donations, but at the same time asking people to respect new donation guidelines, and even asking people hold onto their items at home until stores have enough staff and space to accept them.

Goodwill Industries of Central Alabama posted photos on Facebook of overflowing bins and donations strewn across parking lots, citing these as “examples of what not to do.” But they also made it clear that donations in general are definitely still welcome.

“We cannot thank you enough for your donations during this time. But, please donate during the designated hours,” the chapter wrote in the caption. “Donations are being quarantined after they are dropped off and the safest way to do this is by using the bins we have set outside for you.”

The thrift store chain Savers is also asking people to hang onto their donations until stores reopen.

The Salvation Army has said that although some stores are accepting select donations of essential goods, like nonperishable food and cleaning supplies, financial donations are the most helpful for their mission right now.

The sudden spike in donations has been overwhelming in some cases, but it has also been a huge help for many thrift chains.

Arc Thrift Stores, which operates 31 locations around Colorado and supports people with intellectual disabilities, has seen anywhere between a 20% to 40% increase in donations since the pandemic hit, according to CEO Lloyd Lewis

This "great increase in donations has been a real godsend," he told TODAY.

Lewis says his network of stores has 100,000 square feet of warehousing space that has allowed them to keep up with the higher volume of incoming items.

Arc Thrift Store locations recently reopened with social distancing measures in place, meaning that fewer customers are allowed in stores at any one time, but Lewis says he is not concerned about donations piling up faster than people can buy them.

“We know over the long-term horizon, all of this stuff will be sold,” he said. “So even if we have to store some of this stuff in our warehousing, that's actually a benefit. That's a good thing. So we're not concerned at this stage that we're getting more than we can ultimately sell.”

If people have donations stacking up at home, thrift stores are asking that they check whether local stores are accepting items right now first.

Stores are also asking people to respect donation hours, as well any guidelines related to social distancing when donating. For example, some Goodwill locations are asking people to place their donations directly into a container to limit direct contact with employees and the public. Like many businesses, Goodwill stores also require employees and shoppers to wear masks, and they are practicing enhanced cleaning procedures.

Similarly, Arc Thrift Stores have added plexiglass shields at registers, and are quarantining donations for at least 72 hours before processing.

While the uptick in donations may be overwhelming at times, one thing is clear: thrift stores absolutely still want your donated goods, whether that means now, or a little later down the line when they are able to accept them.

After all, “thrift depends on donations,” Luckow said. “All of our revenues from operation came to a halt seven weeks ago, and the need in our community didn’t stop … We appreciate any donations we can get.”