“Unless we change our Thanksgiving plans, we are going to have a very unmerry Christmas, I’m afraid," a former CDC director said

The United States surpassed more than 11 million COVID-19 cases on Sunday, as the third wave of the virus continued its uncontrolled spread, new restrictions were introduced, and Americans weighed whether and how they can celebrate Thanksgiving, NBC News reports.

The U.S. recorded more than 1 million new cases this past week alone, including 156,416 on Saturday, which marked the eleventh day in a row that the United States recorded more than 100,000 daily cases. More than a dozen states, including New Hampshire, Maryland, Colorado, and Montana, all broke daily records of cases on Saturday as well. Georgia was the only state in the country to see a decrease in cases over the past 14 days.

In Washington state, Gov. Jay Inslee announced the closure of indoor dining on Sunday, which will take effect at the end of Monday and last through Dec. 14. He also limited in-store retail to 25 percent occupancy. Indoor fitness facilities and gyms are to fully close. The decision comes shortly after Illinois did the same. In Chicago, a stay-at-home order that will last 30 days begins Monday, with Mayor Lori Lightfoot warning that a huge increase in death could result without one.

In Mount Vernon, New York, next to early COVID-19 hotspot New Rochelle, the city also issued a “stay-at-home advisory” that will begin Monday. citing the virus’ resurgence in New York. In New York City, Mayor Bill de Blasio said Sunday that schools would remain open, as the positivity rate creeps towards the 3 percent that would trigger a shutdown. 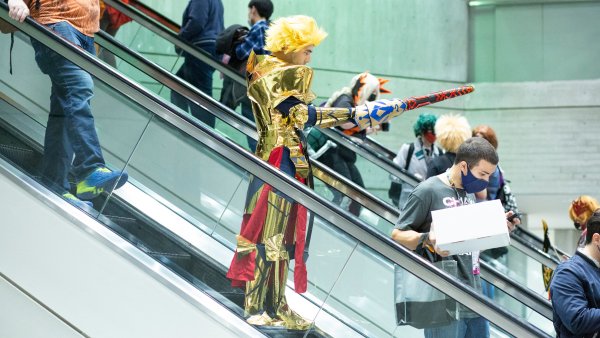 CDC Zeroes in on Anime Convention to Understand Omicron Variant

More than 60,000 Americans are currently hospitalized with the virus, which Frieden predicts will rise to at least 100,000 in the next month.