As the world inches towards 1.5 million COVID-19 deaths, the U.S. continues to lead the world with the most cases, surpassing 13 million confirmed cases on Sunday.

Despite warnings from health officials to stay home and keep celebrations small, millions of Americans traveled for the Thanksgiving holiday. 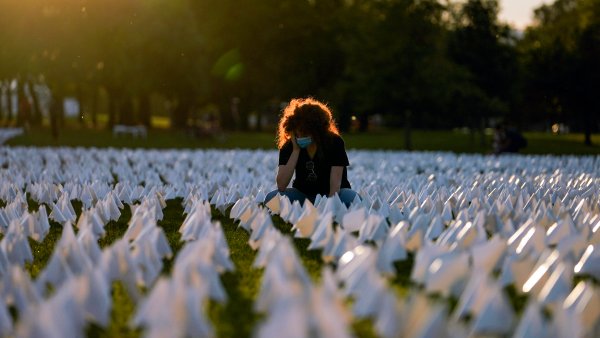 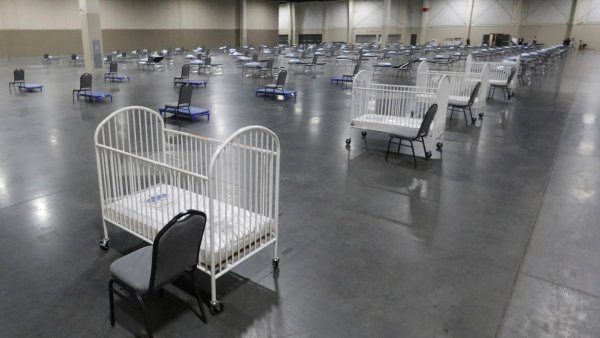 US Birth Rate May Be Rebounding From Pandemic Low, Report Says

Experts say that if people disregard restrictions and socialize anyway, that could put greater stress on overburdened hospitals and lead to an even bigger spike in sickness and death over the holidays.

More than 264,000 people in the U.S. have died of the disease according to NBC News’ count.

A panel of U.S. advisers will meet Tuesday to vote on how scarce, initial supplies of a COVID-19 vaccine will be given out once one has been approved.

Experts have proposed giving the vaccine to health workers first. High priority also may be given to workers in essential industries, people with certain medical conditions and people age 65 and older.

Tuesday's meeting is for the Advisory Committee on Immunization Practices, a group established by the Centers for Disease Control and Prevention. The panel of experts recommends who to vaccinate and when -- advice that the government almost always follows. The agenda for next week's emergency meeting was posted Friday.

FDA's scientific advisers are holding a public meeting Dec. 10 to review Pfizer's request, and send a recommendation to the FDA.

Manufacturers already have begun stockpiling coronavirus vaccine doses in anticipation of eventual approval, but the first shots will be in short supply and rationed.

Los Angeles County announced a new stay-home order Friday as coronavirus cases surged out of control in the nation’s most populous county, banning most gatherings but stopping short of a full shutdown on retail stores and other non-essential businesses.

The three-week “safer at home" order takes effect Monday. It came as the county of 10 million residents confirmed 24 new deaths and 4,544 new confirmed cases of COVID-19.

The county had set a threshold for issuing the stay-home order: an average of 4,500 cases a day over a five-day period, but hadn't expected to reach that level until next month.

However, the five-day average of new cases reported Friday was 4,751.

“We know we are asking a lot from so many who have been sacrificing for months on end,” Public Health Director Barbara Ferrer said. “Acting with collective urgency right now is essential if we want to put a stop to this surge.”

The order advises residents to stay home “as much as possible” and to wear a face covering when they go out. It bans people from gathering with others who aren’t in their households, whether publicly or privately.

However, exceptions are made for church services and protests, “which are constitutionally protected rights,” the county Department of Public Health said in a statement.

Indoor retail businesses, which make much of their profits during the Thanksgiving and Christmas holiday seasons, are allowed to remain open but with just 20% of capacity, including nail salons and other personal care services.

Stores considered essential will be allowed 35% capacity. Outdoor fitness centers, museums and outdoor amusements such as mini-golf can operate at 50% of capacity.

Restaurants in the county already were recently barred from in-person dining. They can still offer pickup, delivery and takeout services.

Beaches, trails, and parks will remain open, with safety requirements.

AstraZeneca and the University of Oxford are defending the results and methods used in their phase three vaccine trials on the back of criticism from experts in the U.S., stressing the "highest standards" were used and that "additional analysis will be conducted," CNBC reports.

Pascal Soriot, CEO of AstraZeneca, confirmed to Bloomberg on Thursday the British pharmaceutical giant was likely to run an additional global trial to evaluate the efficacy of its COVID-19 vaccine.

Chief of the White House's Operation Warp Speed, Moncef Slaoui, and others in the U.S. have expressed concern over the age group tested, saying 90% efficacy was only shown for the lowest risk group, which numbered 2,741 people below the age of 55. The group whose results displayed 62% effectiveness numbered 8,895.

AstraZeneca pushed back against the criticism, emphasizing monitoring of the study by the external Data Safety Monitoring Board (DSMB) and the fact that the data released Monday constituted mere interim results and that more data would follow.

"The studies were conducted to the highest standards," a spokesperson for AstraZeneca told CNBC on Thursday. "An independent DSMB safety monitoring committee oversees the studies to ensure safety and quality. The DSMB determined that the analysis met its primary endpoint showing protection from COVID-19 occurring 14 days or more after receiving two doses of the vaccine."

Several coronavirus vaccines are now in final stages for approval, but doctors are already worried that the public won't want to take them. Dr. Paul Biddinger, who sits on the Massachusetts governor's advisory group for COVID-19 vaccines, joined LX News to explain the many safety steps required for the vaccines to be approved for the general public and when to expect the first doses to be available.