As schools across the U.S. decide whether to reopen this fall, many are left wondering how to know if it’s safe. Public health experts say virus rates in the community should be low, but there’s little agreement on a specific threshold or even a measurement.

The Centers for Disease Control and Prevention wants to collect sewage samples at the state and local level in an effort to try to catch the virus before it spreads rapidly and to gain information on how widespread it is in any given community, CNBC reports.

Meanwhile, on Wednesday, Florida became the fifth state to surpass 10,000 coronavirus-related deaths, according to a tally from NBC News.

Nationwide more than 175,000 people have died from the coronavirus, and over 5.5 million people have been infected, according to a tally by NBC News.

U.S. Sen. Bill Cassidy announced Thursday that he's tested positive for the coronavirus and is experiencing some COVID-19 symptoms. He said he is quarantining in Louisiana.

The Republican senator, 62, who is running for reelection on the Nov. 3 ballot, is experiencing “mild symptoms that began this morning,” from COVID-19, the illness caused by the virus, his spokesman Cole Avery said.

Cassidy, a physician, said in a statement that he was tested after being notified Wednesday night that he'd been exposed to someone infected with the virus. The senator said he is adhering to medical guidance and notifying people with whom he may have come into contact.

“I am strictly following the direction of our medical experts and strongly encourage others to do the same,” he said.

Callie Evans and Audri Williams, teachers at Monroe Comprehensive High School in Albany, Georgia, made a video to excite students about virtual learning.

Two Georgia high school teachers who recently started their year online decided they would not let the changes of school this fall hold them — or their students — down.

Audrianna Williams and Callie Evans are teachers at Monroe Comprehensive High School in Albany, a 75,000-person town three hours north of Atlanta. Albany was hit particularly hard by COVID-19 during the Spring; at one point, it was fourth in the nation for cases per capita.

Williams and Evans, who started a tradition of back-to-school video several years ago, felt that some positive energy in 2020 would be more important than ever.

"We wanted to be able to kind of pick their spirits up and grab their attention to get them excited about virtual learning," Williams, who teaches AP U.S. History and other social studies classes, told TODAY Parents. "We didn't know what virtual learning was going to hold for for us, so we just wanted to get them motivated."

Read the full story at TODAY.com.

New York Gov. Andrew Cuomo dismissed concerns that his state’s coronavirus death toll in nursing homes could be a significant undercount, saying it makes sense to include only those residents who died on the home’s property.

Unlike the federal government and every other state with major outbreaks, only New York explicitly says that it counts just residents who died on nursing home property and not those who were transported to hospitals and died there.

Cuomo said if New York were to count a death as a nursing home death and a hospital death, that could lead to a “double count.”

“And if I’m a nursing home operator, I say: ‘Don’t say that person died in my nursing home, because they didn’t,'" Cuomo said. "'They died in the hospital. And if the hospital did a better job, they wouldn’t have died. So why do I get the blame for the death when it didn’t happen in my nursing home?’ So it depends on how you want to argue it.”

New guidance from the President Donald Trump’s administration that declares teachers to be “critical infrastructure workers” could exempt teachers from quarantine requirements after being exposed to the coronavirus and send them back into the classroom.

Keeping teachers without symptoms in the classroom, as a handful of school districts in Tennessee and Georgia have already said they may do, raises the risk they’ll spread the coronavirus to students and fellow employees.

Multiple teachers can be required by public health agencies to quarantine for 14 days during an outbreak, which can stretch a district’s ability to keep providing in-person instruction.

South Carolina health officials also describe teachers as critical infrastructure workers, although it’s unclear if any district there is asking teachers to return before 14 days.

Arizona teacher Tavious Peterkin resigned from his position after school officials said he'd have to teach virtual classes from the classroom. The school is fining him $2,000 for that decision.

Johnson & Johnson plans to launch in September what could become the largest, late-stage clinical trial of a potential coronavirus vaccine, CNBC reports.

The company said it would enlist up to 60,000 people for the phase three trial.

J&J said it is using the same technologies it used to make its experimental Ebola vaccine, which was provided to people in the Democratic Republic of Congo in late 2019. It involves combing genetic material from the coronavirus with a modified adenovirus that is known to cause common colds in humans.

Drug companies Moderna and Pfizer, which both began late-stage trials for their potential coronavirus vaccines last month, said they would enroll around 30,000 participants.

Read the full story at CNBC.com.

As the world awaits an effective Covid-19 vaccine, the New York Times reports on commonly held anti-vax fallacies that provides yet another challenge to eradicating the disease.

American Airlines to Drop Flights to 15 Cities in October

American Airlines will drop flights to 15 smaller U.S. cities in October when a federal requirement to serve those communities ends.

The airline blamed low demand during the coronavirus pandemic, which has triggered a massive slump in air travel and huge losses for the carriers. Airlines and their labor unions are seeking billions in new taxpayer relief.

“This is the first step as American continues to evaluate its network and plans for additional schedule changes in the coming weeks,” the airline said in a prepared statement.

More than half of the cities that American is dropping have no other airline service. It will be a major blow to Tweed-New Haven Airport, but the airport's executive director, Sean Scanlon, held out hope that the loss will be temporary.

“I’m confident that we will see other carriers here once the industry bounces back from COVID regardless of what happens with American,” Scanlon said.

A massive pandemic-relief measure approved in March set aside up to $50 billion in cash and low-interest loans for the nation's passenger airlines. American was the largest recipient — $10.7 billion if a pending loan wins final approval from the U.S. Treasury Department.

In return for taxpayer dollars, airlines were barred from furloughing workers and were required, in most cases, to continue serving destinations they had before the pandemic. Both of those conditions expire Sept. 30.

In a statement to NBC News, Oren Barzilay, president of FDNY EMS local 257 said, "even with the threat of a second wave of COVID-19 looming and two recent outbreaks in Brooklyn, Bill de Blasio and his team at City Hall wants to balance the city's budget on our backs, eliminating some 400 emergency medical responder positions and placing every New Yorker’s life at risk."

Barzilay says in his statement, "yesterday, we were praised as heroes, essential workers saving lives. Today, the city government treats us like zeros. New Yorkers who lived through this deadly pandemic know otherwise."

Mayor de Blasio has said the city may need to cut as many as 22,000 employees as it grapples with declining contributions from the state and a tax base decimated by people leaving the city, a shuttered Broadway, and a nearly non-existent tourism industry.

The city’s EMTs and paramedics responded to record call volume in March and early April, peaking at some 6,500 calls a day.

Even after coronavirus cases subsided in New York City, health care workers who battled the worst of the pandemic are still struggling with the mental health consequences. The New York Times interviewed NYC health care workers about their long-term emotional struggles.

Los Angeles Mayor Eric Garcetti said Wednesday that he authorized shutting off utility services at a home in the Hollywood Hills that's been the site of raucous parties despite a ban on large gatherings during the coronavirus pandemic, NBC LA reports.

"Despite several warnings, this house has turned into a nightclub in the hills, hosting large gatherings in flagrant violation of our public health orders,' Garcetti said. "The city has now disconnected utilities at this home to stop these parties that endanger our community."

The city did not identify the home’s address or the owner. NCAA Moves Toward Free Year of Eligibility for Fall Athletes 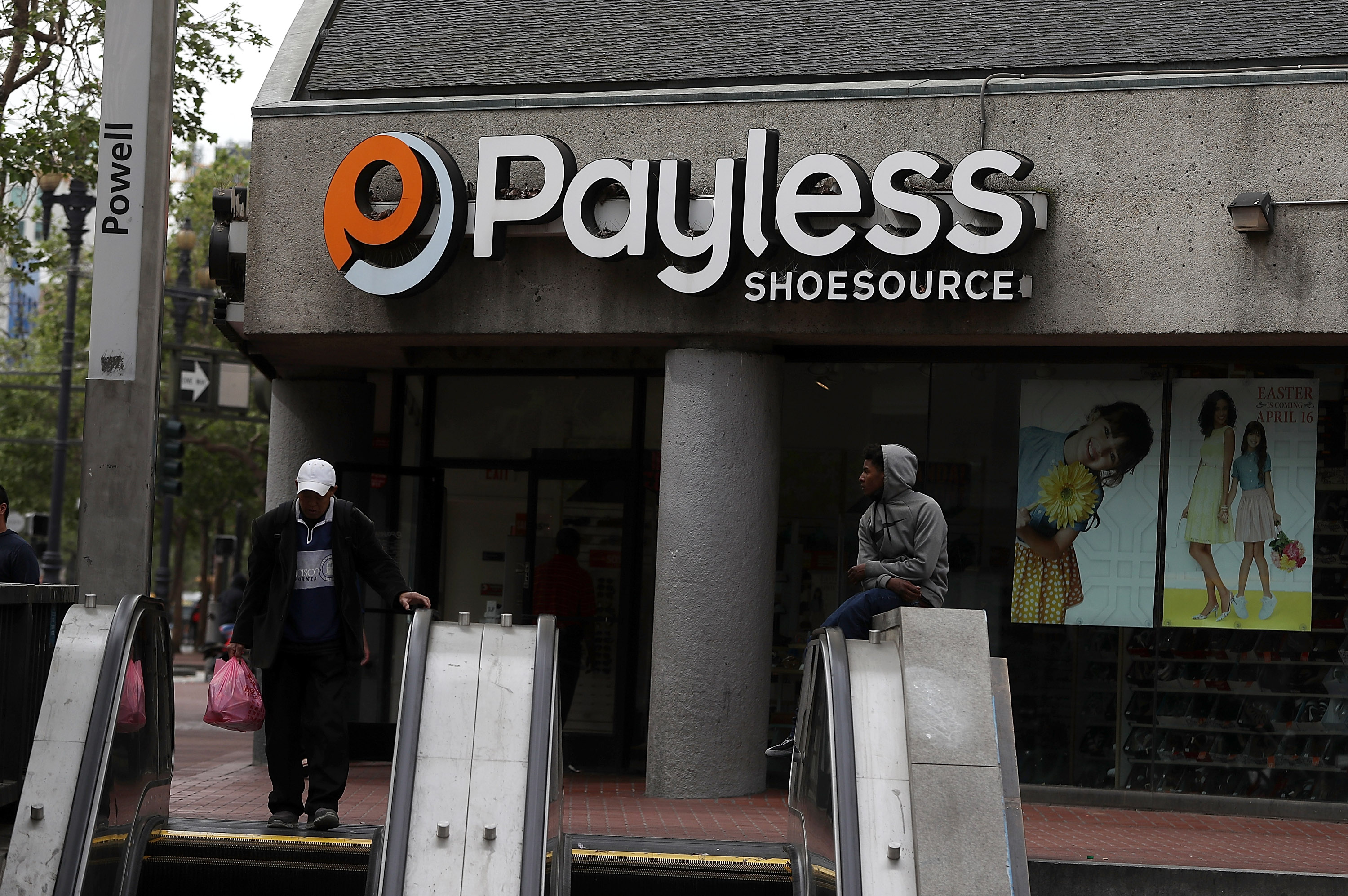 Payless Has Relaunched, With a Slightly Different Name