Nearly 100,000 kids in the United States tested positive for the coronavirus in the last two weeks of July, a significant number, especially as leaders mull over whether to reopen schools this fall, NBC News reports.

On Capitol Hill, Monday brought no new talks between Trump administration officials and negotiators working on a deal for coronavirus relief. In the meantime, countless Americans are already feeling the squeeze. What had been a $600 weekly unemployment benefits boost is gone, as are federal eviction protections. Schools that had been eyeing federal help now face the prospect of reopening on shoestring budgets.

The virus shows no signs of easing, with more than 5.1 million infections and nearly 165,000 deaths, according to a tally from NBC News.

One of the country’s largest egg producers illegally inflated prices when the pandemic hit New York, taking in $4 million as it charged up to four times more per carton, state Attorney General Letitia James charged in a lawsuit Tuesday.

Hillandale said in a statement that it is prepared to defend against the allegations in court. The company said the pandemic “caused a massive disruption in every sector of the economy, including the egg industry.”

Hillandale said eggs have historically been subject to volatile pricing. “But our approach to pricing has been consistent for decades, and without complaint, whether that has led to profits or losses, and the last several months have been no exception.”

The suit filed in state court in New York City alleges that Hillandale raised prices on eggs sold to Stop & Shop, BJ’s Wholesale Club, Associated Supermarkets and the commissary stores at the U.S. Military Academy at West Point, Fort Hamilton and Fort Drum. In one case, per-dozen prices for large, white eggs charged to Western Beef supermarkets went from 59 cents to $1.10 in January to $2.93 by the end of March.

The lawsuit alleges that prices did not reflect increased costs, but higher consumer demand during the pandemic. James’ office said it had received complaints from retail customers who found the jacked-up prices “ridiculous” and “disgraceful.”

The Big Ten and Pac-12 won't play football this fall because of concerns about COVID-19, taking two of college football's five power conferences out of a crumbling season amid the pandemic.

About an hour after the Big Ten's announcement, the Pac-12 called a news conference to say its season would be postponed until the spring.

The Big Ten's announcement comes six days after the conference that includes historic programs such as Ohio State, Michigan, Nebraska and Penn State had released a revised conference-only football schedule that it hoped would help it navigate a fall season with potential COVID-19 disruptions.

Instead, all fall sports in the Big Ten have been called off and a spring season will be explored.

The decision was monumental but not a surprise. Speculation has run rampant for several days that the Big Ten was moving toward this decision. On Monday, coaches throughout the conference tried to push back the tide, publicly pleading for more time and threatening to look elsewhere for games this fall.

A Georgia school district has quarantined more than 900 students and staff members because of possible exposure to the coronavirus since classes resumed last week and will temporarily shut down a hard-hit high school in which a widely shared photo showed dozens of maskless students posing together.

The quarantine figures from the Cherokee County School District include at least 826 students, according to data the district posted online. Located about 30 miles (58 kilometers) north of Atlanta, the district serves more than 42,000 students and started the new school year on Aug. 3.

News of the quarantines came a day after Georgia Gov. Brian Kemp said that the reopening of some of the state’s schools amid the coronavirus outbreak has gone well — except for the viral photos of students crowded together without masks.

The photos showed students standing shoulder to shoulder in crowded hallways at North Paulding High School northwest of Atlanta and squeezed together for first-day-of-school senior photos at two high schools in Cherokee County, including Etowah, which has had more than 300 students and staff members told to quarantine. None of the students in the photos wore masks.

Democrats strongly pushed back against Kemp’s assessment that school reopenings were proceeding safely, blaming him and President Donald Trump for failures.

Teens and young adults who vape are five to seven times more likely to be infected with the novel coronavirus than non-e-cig users, according to a new study published Tuesday, NBC News reports.

Researchers at the Stanford University School of Medicine looked at connections between vaping and coronavirus in young people, based on surveys of over 4,351 participants ages 13 to 24 from all 50 U.S. states, the District of Columbia and three U.S. territories. Among tested participants, young people who had ever used e-cigs were five times more likely to be diagnosed with coronavirus, while those who had used both e-cigs and regular cigarettes within the previous 30 days were 6.8 times as likely to be diagnosed with the disease.

“We were surprised,” said Dr. Bonnie Halpern-Felsher, professor of pediatrics at Stanford University and the study’s senior author. “We expected to maybe see some relationship .... but certainly not at the odds ratios and the significance that we're seeing it here.”

One of the reasons for vapers’ heightened transmission risk, according to experts, is that e-cigarettes can damage lungs and alter the immune system, making each coronavirus exposure more likely to trigger an infection.

As public schools grapple with the challenge of reopening during a pandemic, public education advocates are criticizing Education Secretary Betsy DeVos for working remotely from Michigan, where she owns a sprawling waterfront estate with a round-the-clock security detail paid for by taxpayers, NBC News reports.

And while keeping herself largely physically distanced as the coronavirus continues to spread, DeVos has been a forceful advocate for President Donald Trump's demand that schools reopen in full and in person — potentially placing millions of teachers and students at risk of infection.

It's a striking bit of mixed messaging for DeVos, a billionaire heiress, major GOP donor and charter school advocate who had no experience with public education before she became education secretary. DeVos is the nation's top education official as school administrators deal with one the biggest health crises facing the nation: how to safely bring 51 million American children back into classrooms or administer virtual education during a pandemic.

Putin Claims Victory in Race for Vaccine Despite Scientific Skepticism

Russian President Vladimir Putin says that a coronavirus vaccine developed in his country has been cleared for use and one of his daughters has already been inoculated, even as international experts have questioned its safety.

Speaking at a government meeting Tuesday, Putin said that the vaccine has proven efficient during tests, offering a lasting immunity from the coronavirus. However, scientists at home and abroad have been sounding the alarm that the rush to start using the vaccine before Phase 3 trials — which normally last for months and involve thousands of people — could backfire.

The Russian leader said the vaccine underwent the necessary tests. He added that one of his two adult daughters has received two shots of the vaccine. Russian authorities have said that medical workers, teachers and other risk groups will be the first to be inoculated.

A deep dive into the vaccines showing the most promise in battling Covid-19 as volunteer trials get underway.

Police said a man and a woman punched a 17-year-old Sesame Place employee in the face after the teen reminded him to wear a mask, according to NBC Philadelphia.

The incident occurred Sunday at the Sesame Place theme park in Bucks County, Pennsylvania. A teen employee told an unidentified man and woman that they were required to wear masks while in the park due to COVID-19.

Later that day, around 5 p.m., the same man confronted the teen worker at the Captain Cookie’s High C’s Adventure ride and punched him in the face, police said. The man and woman then fled from the scene as park security chased after them. Investigators said they were last seen driving away in a vehicle registered in New York.

The teen suffered a jaw injury and a damaged tooth. He was taken to St. Mary’s Medical Center in Middletown on Sunday and underwent surgery on Monday.

Is Your Mask Effective? New Study Shows Not All Masks Are Created Equal

A group of Duke University researchers conducted the latest study to try and determine if all masks are created equal, NBC Bay Area reports.

The group tested 14 different types of face coverings, from folded bandannas to N95s – which came out on top.

Meanwhile, neck fleeces, knitted masks and bandannas proved not to be effective at all because the material is thin and if they become saturated with germs, they can actually be worse than wearing nothing.

Here are some dos and don'ts when it comes to wearing a mask, explained by some of history's most famous paintings.

Riverdale Nursing Home in the Bronx appears, on paper, to have escaped the worst of the coronavirus pandemic, with an official state count of just four deaths in its 146-bed facility.

The truth, according to the home, is far worse: 21 dead, most transported to hospitals before they succumbed.

"It was a cascading effect," administrator Emil Fuzayov recalled. "One after the other."

New York’s coronavirus death toll in nursing homes, already among the highest in the nation, could actually be a significant undercount, NBC New York reports. Unlike every other state with major outbreaks, New York only counts residents who died on nursing home property and not those who were transported to hospitals and died there.

That statistic that could add thousands to the state’s official care home death toll of just over 6,600. But so far the administration of Democratic Gov. Andrew Cuomo has refused to divulge the number, leading to speculation the state is manipulating the figures to make it appear it is doing a better than other states and to make a tragic situation less dire.

Mark Parkinson, president and CEO of AHCA/NCAL speaks to the devastating impact Covid-19 continues to have at long-term care nursing facilities across the country as they run low on staff and PPE. 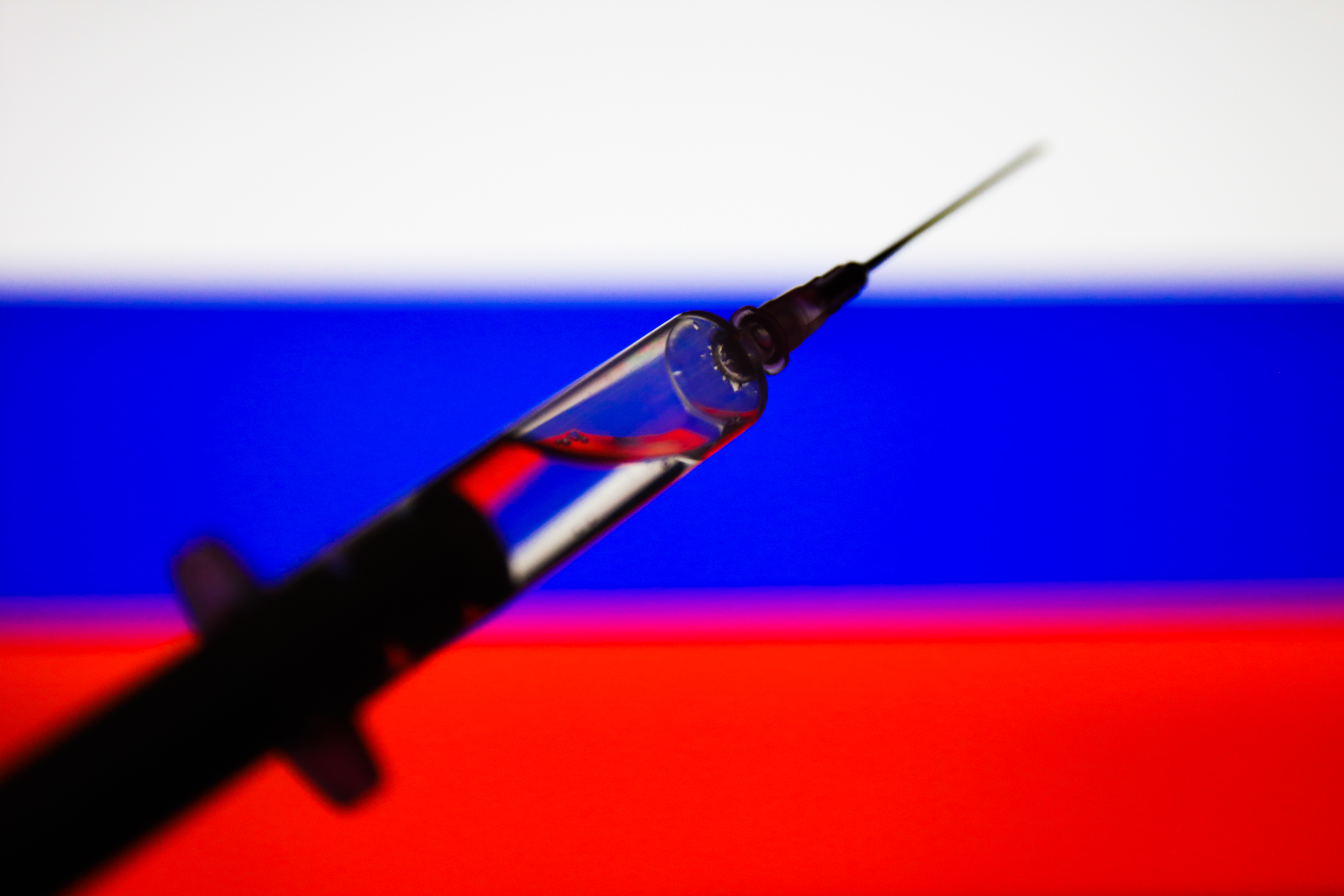 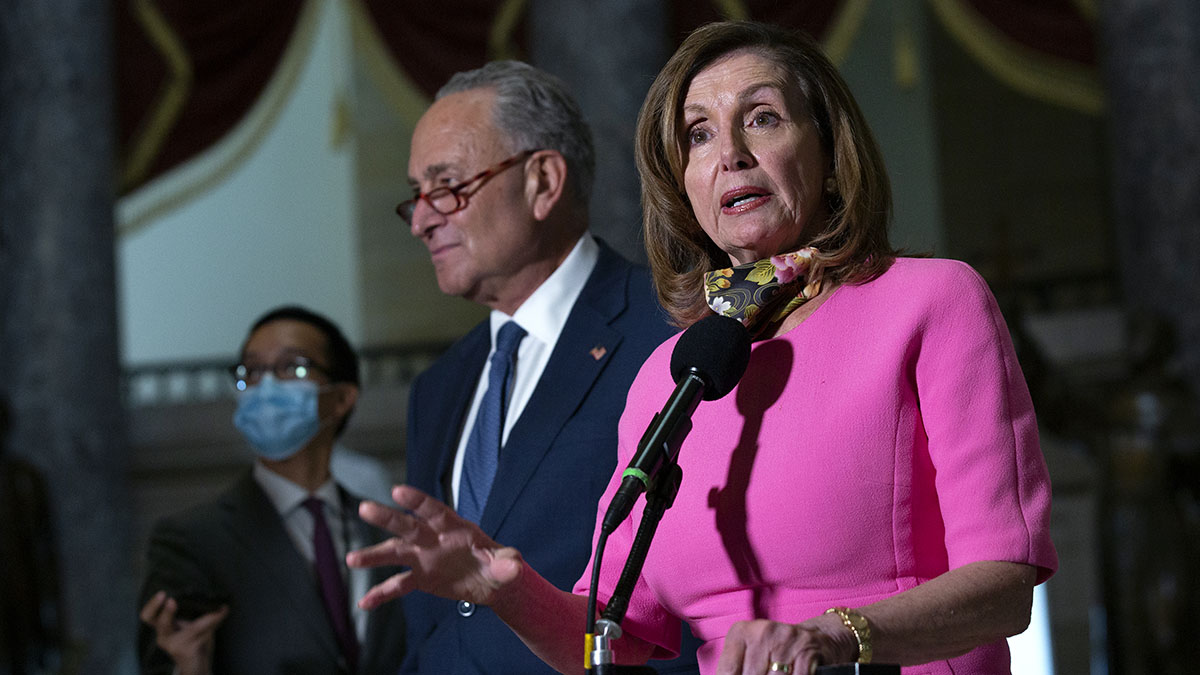