Virus Updates: Fauci Says Vaccines Can Adjust to Variants; US Deaths May Reach 514K by Feb. 20

On Tuesday, the Biden administration announced plans to ramp up coronavirus vaccine deliveries to hard-pressed states over the next three weeks. The administration purchased an additional 200 million vaccine doses and expects to be able to vaccinate 300 million Americans by the end of the summer or early fall.

Also Tuesday, the Centers for Disease Control and Prevention said that schools should reopen as soon as possible if social distancing and mask-wearing can be maintained to keep in-person learning safe. The newly-published research includes a framework for the reopening process, offering much-needed clarity for a complex and contentious issue.

More than 427,000 people have died and more than 25.5 million cases have been reported in the U.S. since the start of the pandemic, according to NBC News.

Children who have been marooned at home for months by the pandemic are slowly returning to classrooms, but many teachers say they won’t go back until they’ve received the COVID-19 vaccine.

Especially in Chicago, the nation’s third-largest public school district, where teachers who were supposed to return to classrooms Wednesday worked from home again and are once more threatening to strike.

“Community spread is still so high in Chicago, and so many people are sick and dying. I don’t know how to keep myself safe in an old building with so many people," said Kirstin Roberts, a preschool teacher at the Brentano Math and Science Academy, on the city’s northwest side “I don’t understand why we have to risk our lives when we’re so close to a vaccine.”

While researchers from the federal Centers for Disease Control and Prevention have recommended reopening schools as soon as possible with mask-wearing and other safeguards in place, the teachers most resistant to the idea were in districts like Chicago that have had little to no in-person education since March, Dennis Roche of Burbio, a data service that audits school opening information, said.

White House Coronavirus Coordinator Jeff Zients is saying in the Biden administration’s first formal briefing on the pandemic that officials will always hew to the science and level with the public.

Rochelle Walensky, the new head of the Centers for Disease Control and Prevention, says her agency’s latest forecast indicates the U.S. will record between 479,000 to 514,000 deaths by Feb. 20.

Dr. Anthony Fauci says there’s reason to be concerned about the impact of some coronavirus mutations on vaccines, but scientists have plenty of options for adjustments to maintain the effectiveness of vaccines and treatments.

The government’s top infectious disease expert says there’s particular concern about the so-called South African variant, because lab tests have shown that it can diminish the protective power of the vaccines approved to date.

However, Fauci stressed the level of protection provided was still well within what he called the “cushion” of vaccine effectiveness.

Fauci says one vaccine that’s still in testing is being measured for effectiveness against the South African variant and another strain that has emerged in Brazil. He called that a promising development.

President Joe Biden plans to reopen the HealthCare.gov insurance markets for a special sign-up opportunity, as he promised during his campaign. It would be geared to people needing coverage in the coronavirus pandemic.

Two people familiar with the plan tell The Associated Press that Biden is expected to sign an executive order Thursday, with details still being finalized.

The new enrollment period would not go into effect immediately. Instead, the White House wants to provide time for the government to mount a marketing campaign, and for insurers to get ready for an influx of new customers.

French drug maker Sanofi says it will help manufacture 125 million doses of the coronavirus vaccine developed by rivals Pfizer and BioNTech, while its own vaccine candidate faces delays.

The Germany-based BioNTech will initially produce the vaccines at Sanofi facilities in Frankfurt. The company did not reveal financial details. The French government has been pressing Sanofi to use its facilities to help produce rival vaccines, given the high demand and problems with supplies of the few vaccines that are already available.

Sanofi will start a new trial next month of the vaccine it's developing with British partner GlaxoSmithKline, which isn't expected to be available until the end of the year.

New results extend hopes for drugs that supply antibodies to fight COVID-19, suggesting they can help keep patients out of the hospital and possibly prevent illness in some uninfected people.

Eli Lilly said Tuesday that a two-antibody combo reduced the risk of hospitalizations or death by 70% in newly diagnosed, non-hospitalized COVID-19 patients at high risk of serious illness because of age or other health conditions. All 10 deaths that occurred in the study were among those receiving placebo rather than the antibodies.

Separately, Regeneron Pharmaceuticals Inc. said partial results from an ongoing study suggest its drug combo completely prevented symptomatic infections in housemates of someone with COVID-19. Importantly, the drug was given as multiple shots rather than through an IV. The need for an infusion has greatly limited the use of antibody drugs in the pandemic because of health care shortages.

None of the new results have been published or reviewed by other scientists, and the Regeneron ones were based on only one quarter of patients in its study and were not a planned early analysis.

Antibodies are proteins that attach to a virus and block it from infecting cells, but it takes several weeks after infection or vaccination for the most effective ones to form. The drugs aim to help right away, by supplying concentrated doses of one or two antibodies that worked best against the coronavirus in lab tests.

U.S. regulators have allowed emergency use of some Lilly and Regeneron antibodies for mild or moderate COVID-19 cases that do not require hospitalization while studies of them continued.

Biden Says He's ‘Bringing Back the Pros' for Virus Briefings

For nearly a year it was the Trump show. Now President Joe Biden is calling up the nation’s top scientists and public health experts to regularly brief the American public about the pandemic that has claimed more than 425,000 U.S. lives.

Beginning Wednesday, administration experts will host briefings three times a week on the state of the outbreak, efforts to control it and the race to deliver vaccines and therapeutics to end it.

Expect a sharp contrast from the last administration's briefings, when public health officials were repeatedly undermined by a president who shared his unproven ideas without hesitation.

“We’re bringing back the pros to talk about COVID in an unvarnished way,” Biden told reporters Tuesday. “Any questions you have, that’s how we’ll handle them because we’re letting science speak again.” 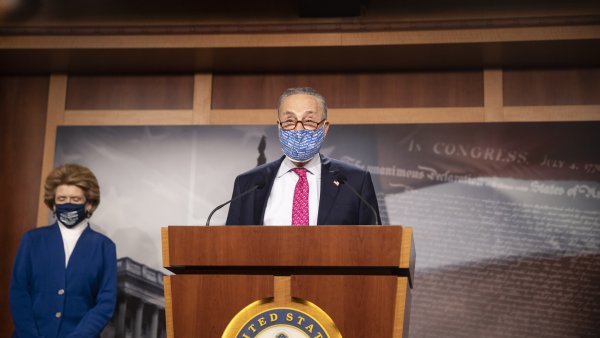 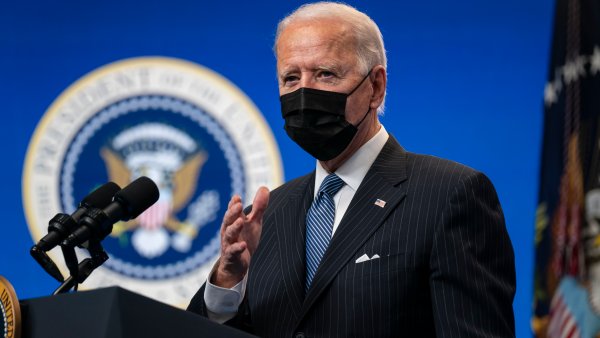