Organ Centers to Transplant Patients: Get a COVID Shot or Move Down on Waitlist

At issue is whether transplant patients who refuse the shots are not only putting themselves at greater risk for serious illness and death from a COVID infection, but also squandering scarce organs that could benefit others

A Colorado kidney transplant candidate who was bumped to inactive status for failing to get a COVID-19 vaccine has become the most public example of an argument roiling the nation’s more than 250 organ transplant centers.

Across the country, growing numbers of transplant programs have chosen to either bar patients who refuse to take the widely available COVID vaccines from receiving transplants, or give them lower priority on crowded organ waitlists. Other programs, however, say they plan no such restrictions — for now.

At issue is whether transplant patients who refuse the shots are not only putting themselves at greater risk for serious illness and death from a COVID infection, but also squandering scarce organs that could benefit others. The argument echoes the demands that smokers quit cigarettes for six months before receiving lung transplants or that addicts refrain from alcohol and drugs before receiving new livers.

“It is a matter of active debate,” said Dr. Deepali Kumar, an expert in transplant infectious diseases at the University of Toronto and president-elect of the American Society of Transplantation. “It’s really an individual program decision. In many programs, it’s in flux.”

Leilani Lutali, 56, a late-stage kidney disease patient from Colorado Springs, Colorado, learned in a Sept. 28 letter from UCHealth in Denver that if she didn’t begin a COVID vaccine series within 30 days, she would lose her spot on the transplant waiting list. Both she and her living donor, Jaimee Fougner, 45, of Peyton, Colorado, refused to get vaccinated, citing religious objections and uncertainty about the safety and effectiveness of the vaccines.

“I have too many questions that remain unanswered at this point. I feel like I’m being coerced into not being able to wait and see and that I have to take the shot if I want this lifesaving transplant,” Lutali said. 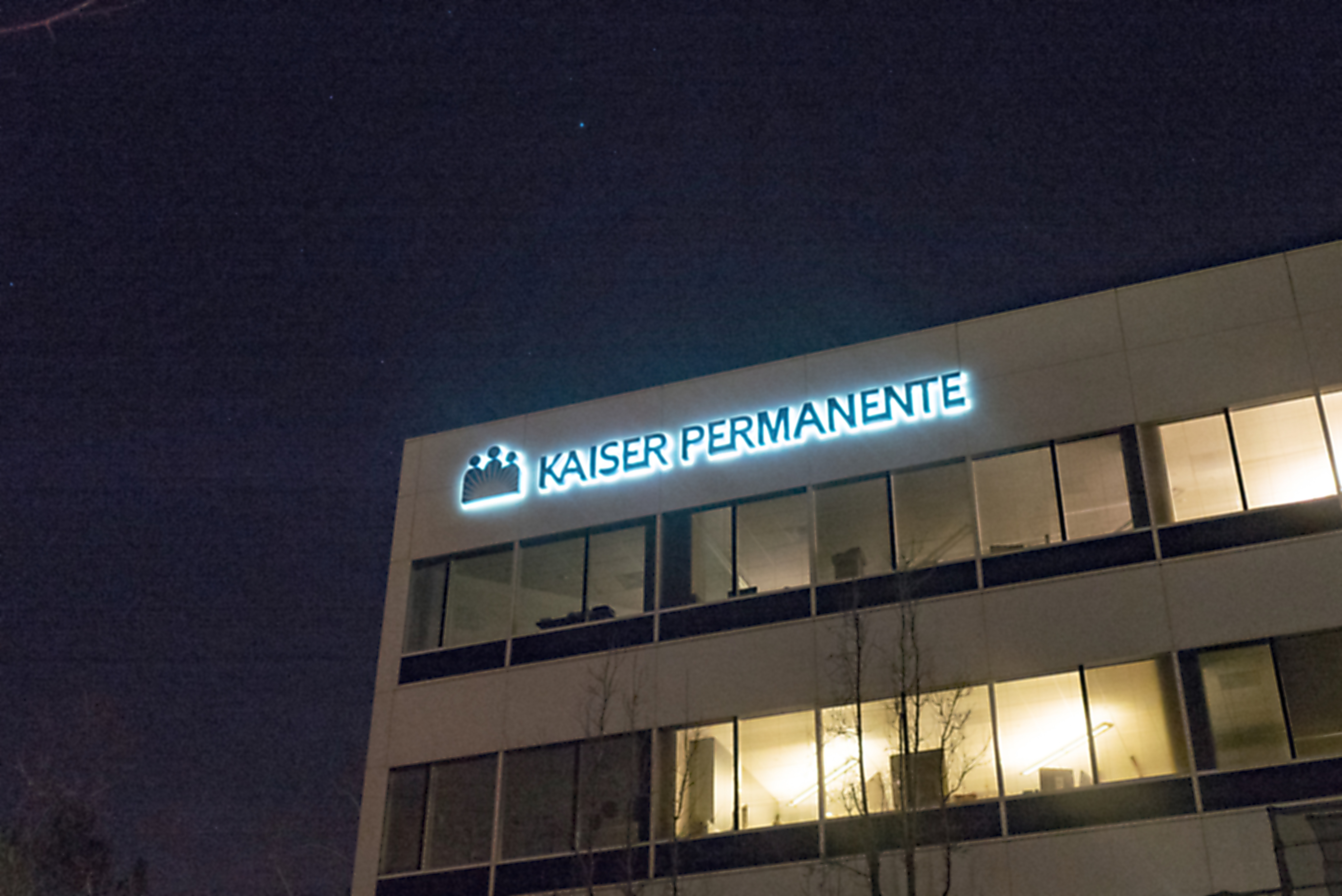 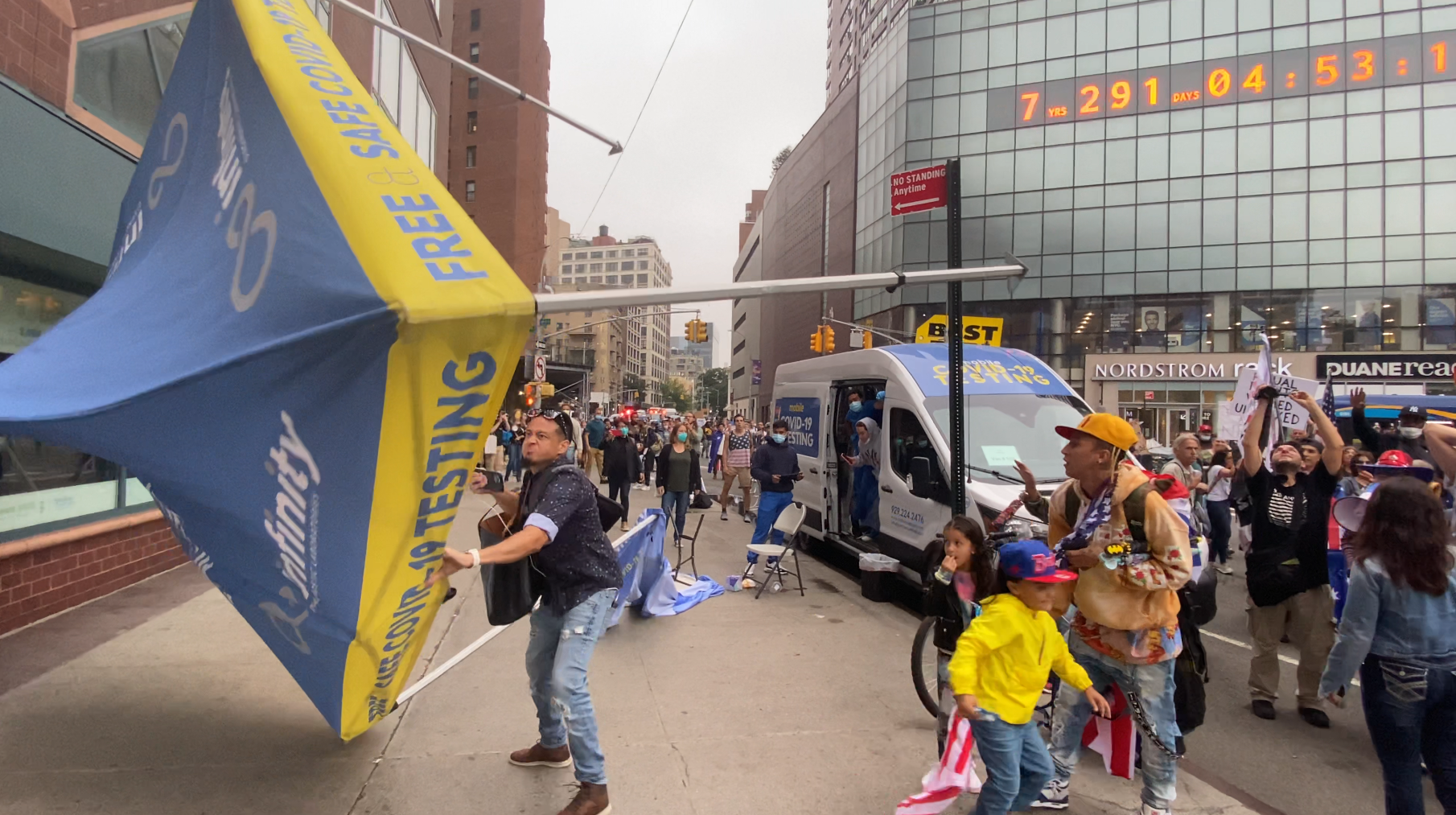 She said she offered to be tested for COVID before the surgery or to sign a waiver absolving the hospital of legal risk for her refusal of the vaccine. “At what point do you no longer become a partner in your own care regardless of your own concerns?” she said.

The difference between policies in Denver and Dallas — and elsewhere — underscore a tense national divide. As of late April, fewer than 7% of transplant programs nationwide reported inactivating patients who were unvaccinated or partially vaccinated against COVID, according to research by Dr. Krista Lentine, a nephrologist at the Saint Louis University School of Medicine.

But that was just a snapshot in late spring, and like all COVID-related practices, it’s “rapidly changing,” Lentine said.

UCHealth in Denver began requiring COVID vaccinations for transplant patients in late August, citing the American Society of Transplantation’s August recommendation that “all solid organ transplant recipients should be vaccinated against SARS-CoV-2.”

Patients who undergo transplant surgery have their immune systems artificially suppressed during recovery, to keep their bodies from rejecting the new organ. That leaves unvaccinated transplant patients at “extreme risk” of severe illness if they are infected by COVID, with mortality rates estimated at 20% to 30%, depending on the study, Dan Weaver, a spokesperson for UCHealth said. For the same reason, transplant patients who receive COVID vaccines after surgery may fail to mount a strong immune response, research shows.

UW Medicine in Seattle began mandating COVID vaccines this summer, said Dr. Ajit Limaye, director of the solid organ transplant infectious diseases program. Patients were already required to meet other stringent criteria to be considered for transplantation, including receiving inoculations against several illnesses, such as hepatitis B and influenza.

“For anyone who does not have a medical contraindication, basically, we’re requiring it,” he said. “There’s a very strong sense to make it a requirement, like all the other hoops, straight up.”

Months after the coronavirus vaccines were administered, researchers are looking into how the vaccine affected menstrual cycles. While social media posts and news articles were written with anecdotes from people who experienced irregular periods after receiving the shot, no medical journal had done a study to investigate cause and effect.

By contrast, Northwestern Medicine in Chicago, where doctors performed the first double-lung transplant on a COVID patient in June 2020, is encouraging — but not requiring — vaccination against the pandemic disease.

The lack of consistent practice across programs sends a mixed message to the public, said Dr. Kapilkumar Patel, director of the lung transplant program at Tampa General Hospital in Florida, where COVID vaccines are not required.

“We mandate hepatitis and influenza vaccines, and nobody has an issue with that,” he said. “And now we have this one vaccination that can save lives and make an impact on the post-transplant recovery phase. And we have this huge uproar from the public.”

Nearly 107,000 candidates are waiting for organs in the U.S.; dozens die each day still waiting. Transplant centers evaluate which patients are allowed to be placed on the national list, taking into account medical criteria and other factors like financial means and social support to ensure that donor organs won’t fail.

“We really make all kinds of selective value judgments,” said Dr. David Weill, former director of Stanford University Medical Center’s lung and heart-lung transplant program who now works as a consultant. “When we’re selecting in the committee room, I hear the most subjective, value-based judgments about people’s lives. This is just another thing.”

The centers can choose to place candidates on inactive status for a variety of reasons, including medical noncompliance, according to data from the United Network for Organ Sharing, which oversees transplants. As of Sept. 30, that category accounted for 738 of more than 47,000 registrants waiting in inactive status, though it’s not clear how many are tied to vaccination status.

A particularly thorny question involves unvaccinated people who need transplants specifically because COVID infections destroyed their organs. As of late September, more than 200 lungs, as well as at least six hearts and two heart-lung combinations, had been transplanted for COVID-related reasons in the U.S., according to UNOS data.

Many of those organs were transplanted earlier in the pandemic, before any COVID vaccine was widely available. That’s no longer the case, Weill said. “If you’re just now getting vaccinated, you’ve done it at gunpoint, actually,” he said. “It’s not just a personal choice; they’re making some kind of a statement.”

Some people would rather quit their jobs than get a COVID-19 vaccine, and make arguments about freedom or choice when declining a shot. But we have had mandatory vaccinations in schools and different industries for decades that did not generate significant protest, says Dr. Alok Patel. "Where were all of these people over the last 20 years?" he asks.

Such patients are usually younger and healthier than other transplant candidates, aside from the COVID-related damage, and they’re often acutely ill enough to go to the top of any transplant list. “The sick COVID patient might go ahead of the stable cystic fibrosis patient,” Weill said.

Tampa General’s Patel said he performed a lung transplant on a patient who was transferred to Florida after being delisted at another center because he wasn’t vaccinated for COVID. “I mandated with him basically on a handshake that he will get his vaccine post-transplant,” Patel said. “But his family? They haven’t agreed.”

Eventually, Patel said, he thinks nearly all transplant programs will mandate COVID vaccination, largely because transplant centers are evaluated on the longer-term survival of their patients.

“I think it’s going to spread like wildfire across the country,” he said. “If you start losing patients in a year due to COVID, it will be mandated sooner rather than later.

KHN (Kaiser Health News) is a national newsroom that produces in-depth journalism about health issues. Together with Policy Analysis and Polling, KHN is one of the three major operating programs at KFF (Kaiser Family Foundation). KFF is an endowed nonprofit organization providing information on health issues to the nation.