Rescuers searched through fresh rubble Monday after the last of the collapsed Florida condo building was demolished, which allowed crews into previously inaccessible places, including bedrooms where people were believed to be sleeping at the time of the disaster, officials said.

Crews were able to search all sections of the grid following the demolition, Miami-Dade Mayor Daniella Levine Cava said in an evening news briefing. Four more victims were discovered in the rubble Monday, raising the death toll to 28 people. Another 117 people remain unaccounted for. 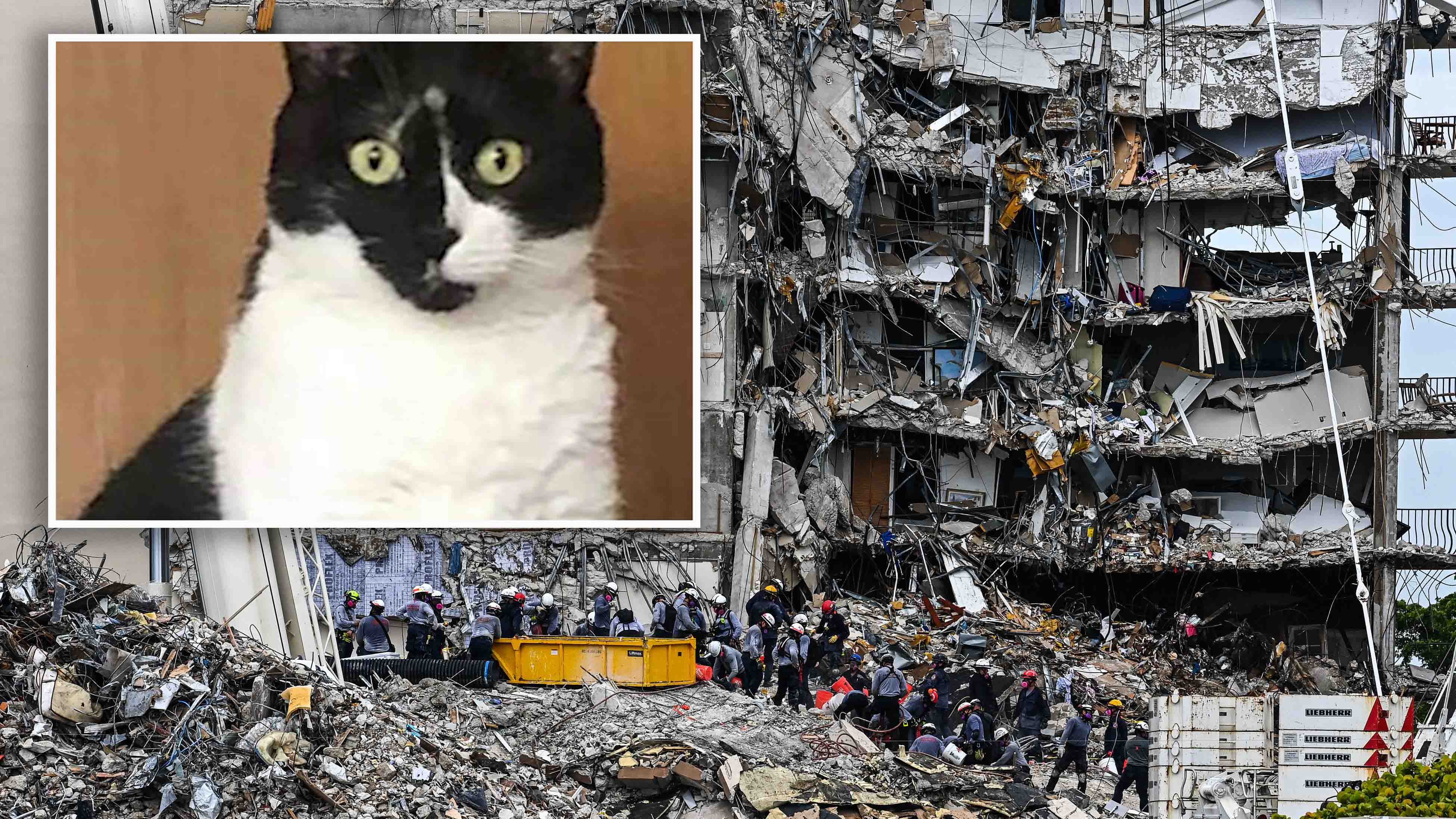 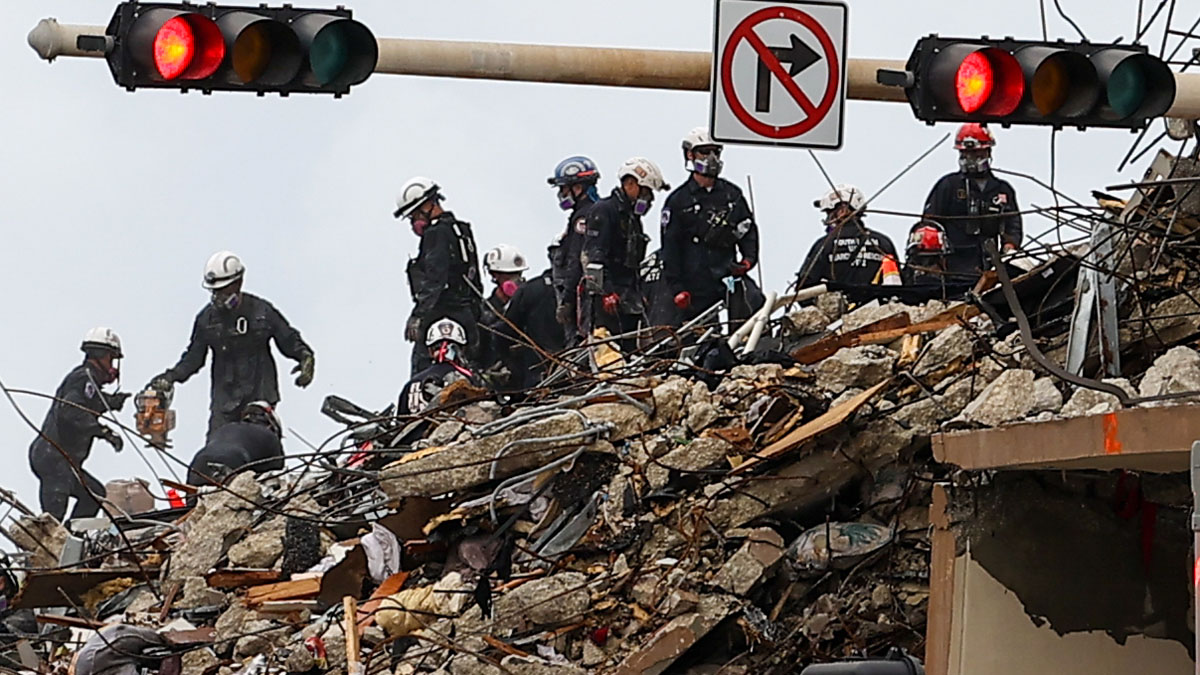 The demolition late Sunday was crucial to the search-and-rescue effort, officials said, and raised the prospect that crews could increase both the pace of their work and the number of searchers at the site, although the chance of finding survivors 12 days after the June 24 collapse has diminished.

“We know that with every day that goes by, it is harder to see a miracle happening,” said Maggie Castro, a firefighter and paramedic with the Miami-Dade Fire Rescue who briefs families daily.

Teams had been unable to access areas closest to the remaining structure because of its instability, Levine Cava said.

“Truly we could not continue without bringing this building down,” she said at a news conference.

The bodies of four more victims were recovered from the rubble of the collapsed condo building in Surfside Monday, bringing the death toll to 28. NBC 6's Amanda Plasencia reports

Part of the existing debris pile was also helping to support the remaining structure, City of Miami Fire Rescue Capt. Ignatius Carroll said. Rescuers were still holding out hope of reuniting loved ones.

“We continue to remain focused on our primary mission, and that is to leave no stone unturned and to find as many people as we can and to help bring either some answers to family and loved ones or to bring some closure to them,” Carroll said.

Florida Gov. Ron DeSantis said the newly accessible area include master bedrooms where people were believed to be sleeping when the building collapsed.

“We will be able to access every part of that pile, which they hadn’t been able to do up to this point," DeSantis said. "I think it’s going to move the pace. I think the momentum is very strong.”

Crews could be seen climbing a mound of debris at the site Monday alongside a piece of heavy equipment that was picking up rubble. About 4.8 million pounds of concrete were removed from the pile.

Workers immediately began clearing some of the new debris after the demolition so rescuers could start making their way into parts of the underground garage that is of particular interest. Officials said the search effort resumed around midnight. It had been called off Saturday to allow specialists to drill holes for explosives needed for the demolition.

“As a result of the contractor who brought it down, he did it in such a way that literally we actually were back on the original pile in less than 20 minutes,” Miami-Dade Assistant Fire Chief Ray Jadallah told family members of those missing, drawing applause in a rare upbeat moment for the twice-daily meetings.

Rescuers hoped to get a clearer picture of voids that may exist in the rubble as they search for those believed to be trapped under the fallen wing of the Champlain Towers South.

No one has been rescued alive since the first hours after the collapse.

During the demolition, a loud rat-a-tat of explosions echoed from the structure. Then the building began to fall, one floor after another, cascading into an explosion of dust. Plumes billowed into the air as crowds watched the scene from afar.

Levine Cava said that the demolition went “exactly as planned."

“It was picture-perfect. Exactly what we were told would happen,” she said in an interview.

Some residents had pleaded to return to their homes one last time before the demolition to retrieve belongings, but they were denied. Others wondered about the pets left behind. Officials said they found no signs of animals after making three final sweeps, including the use of drones to peer into the abandoned structure.

NBC 6's Cristian Benavides is in Surfside where one pet owner asked for an emergency hearing to find her pet but was denied.

Levine Cava said teams are working to save personal items and have asked residents to catalog what they're missing to match with items as soon as they are recovered.

“The world is mourning for those who lost their loved ones and for those who are waiting for news from the collapse," she said at the news conference. "To lose your home and all your belongings in this manner is a great loss as well.”

The decision to demolish the remnants of the building came after concerns mounted that the damaged structure was at risk of falling, endangering the crews below. Parts of the remaining building shifted on Thursday, prompting a 15-hour suspension in the work.

NBC 6's Willard Shepard is in Surfside where he goes through the logistics of the demolition before and after.

The latest forecasts showed the storm moving westward, mostly sparing South Florida, but the area could still experience heavy rains and winds. Jadallah said that weather was not expected to affect the search efforts.

"Now that we don’t have an issue with the building, the only time that we’re stopping is lightning,” he said.