It’s Thursday, June 17th - and NBC 6 has the top stories for the day

No. 1 - The community came out Wednesday in a march for peace in response to a wave of violent and deadly shootings in Miami-Dade County.

Several community-based organizations worked hand-in-hand with local law enforcement to organize the “Stop the Silence Against Gun Violence” peace march. Along the march route, participants made a stop at 55th Street near Interstate 95 in Miami, where 6-year-old Chassidy Saunders was shot and killed back in January. In the last month alone, there have been two mass shootings in Miami-Dade County. Community leaders say they want to change the perception associated with the word "snitching." To hear the message from police and local leaders, click here for the story from NBC 6 reporter Jamie Guirola.

No. 2 - A local florist was stabbed in the neck Tuesday while selling flowers in Little Havana, police said.

The florist said 72-year-old Felix Perez was lingering around the flower stand for weeks before suddenly brandishing a knife in the 2100 block of NW 7th Street, according to an arrest report. The incident happened at 11:30 a.m. Perez apparently produced the knife with no prior warning, swinging at the florist and causing a laceration to his neck and left forearm. The florist was transported to Jackson Memorial Hospital with stab wounds in both his neck and arm, police said.

No. 3 - Police are asking for the public's help in identifying a young woman who was found late Wednesday night.

Hollywood Police say the woman was found wandering near Pembroke Road and U.S. 1 around 10:30 p.m. The woman is 5'3" tall and appears to be non-verbal. She was found wearing black leggings and an orange top with no shoes on. If you know her or who her parents or guardians are, please contact the Hollywood Police Department. 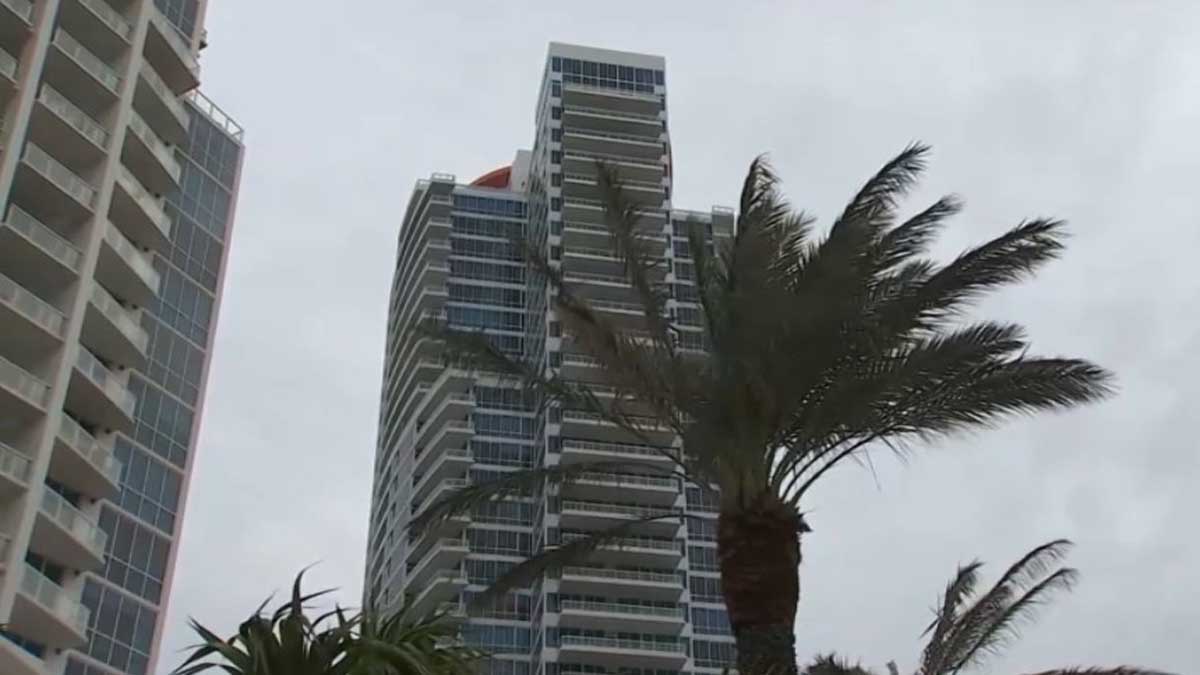 No. 4 - Florida's clemency board has issued pardons to anyone who received local fines for masks and social distancing violations during the COVID-19 pandemic.

The board's move follows an executive order issued by Gov. Ron DeSantis which suspended all pandemic restrictions. In a statement Wednesday, DeSantis said the full pardon applies to civil and criminal penalties given to individuals or businesses "punished for breaking unscientific, unnecessary directives." DeSantis cited the case of a Broward County gym owner who was arrested several times for not enforcing mask orders. The governor had already granted clemency to Mike Carnevale and his wife Jillian, who operated Fitness 1440 in Plantation.

No. 5 - A pride flag representing the LGBTQ+ community and the size of a sheet of paper is the source of a standoff in an Oakland Park neighborhood.

No. 6 - Disney plans to restart fireworks shows at its theme parks in Florida and California in the latest move by the company to ease up on pandemic restrictions implemented last year.

The company said Tuesday that firework shows would resume at the beginning of July at Walt Disney World in Florida and on the Fourth of July at Disneyland in California. The fireworks shows had been put on hold in order to discourage people from gathering together after the parks reopened following virus-related closures last year. The decision was the latest move by Disney to lift restrictions implemented last summer to stop the spread of the new coronavirus.