6 to Know: Last Minute Shoppers and Long Lines for Pigs on Christmas Eve

It’s Friday, December 24th - and NBC 6 has the top stories for the day

It’s Friday, December 24th - and NBC 6 has the top stories for the day.

The 26,811 new cases reported by the U.S. Centers for Disease Control and Prevention on Wednesday pushed Florida's total to more than 3,832,000 since the pandemic began. It's also the most cases reported by the state in a single day since Aug. 26, when Florida had 27,668 new cases, a daily record. Florida's cases have skyrocketed in recent days, averaging over 14,600 in the past seven days, after the 7-day average had been less than 2,000 cases as recently as Dec. 9. 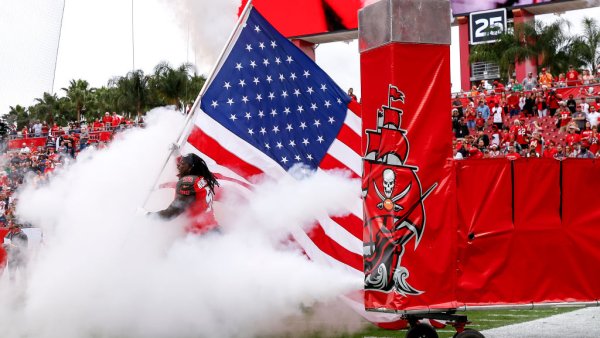 U.S. airline executives this week asked the Centers for Disease Control and Prevention officials to loosen quarantine guidelines for fully vaccinated individuals who test positive for COVID to five days from the current 10, citing potential staffing shortages and flight disruptions. The CDC loosened those guidelines for healthcare workers on Thursday. More than 90% of Delta employees and more than 96% of United's U.S. staff are vaccinated, the airlines have said.

No. 3 - Police are searching for a man who was caught on camera striking a young child who was waiting in line at a Miami pharmacy.

The incident took place just after 2 p.m. on Dec. 13th at the Walgreens located at 1695 Northwest 20th Street. Police released surveillance footage Thursday that showed the 3-year-old boy and his mother walking near the pharmacy line. A short time later, a man later identified by police as 27-year-old Marvin Green strikes the child in his head and runs out of the store. The boy was knocked to the ground and picked up by his mother. The child was treated by Miami Fire Rescue at the scene and not hospitalized. Police have not released information on Green's whereabouts. Anyone with information is asked to call Miami Police or Miami-Dade Crime Stoppers at 305-471-TIPS.

No. 4 - Nothing says the holidays like some retail therapy. Procrastinators flocked to Dolphin and other malls in South Florida for the final shopping rush before Christmas.

Dolphin Mall is extending their hours to meet the demand. On Thursday, December 23 they’re open until 11 p.m. and on Christmas Eve they’ll be open from 9 a.m. to 6 p.m. Some families are going above and beyond to get those hard-to-find gifts. After you’re done buying presents—you can also pick up a pig. People lined up for blocks at Matadera Cabrera in Hialeah to pick up their holiday swine for dinner. Click here for more in a report from NBC 6’s Amanda Plasencia.

No. 5 - As the latest COVID variant sweeps across South Florida, pop-up testing sites are opening up too.

One woman called NBC 6 Responds after she says an error resulted in her getting test results without ever taking a test. Roxana De La Hoz says when she saw a pop up testing site on NE 29th Street in Midtown Miami, she thought it would be a quick way to get test results before her upcoming flight. She says she snapped a photo of the registration QR code, then went to her boyfriend’s house to register and make an appointment. She said after registering, she received an email with test results for a test she never took. The results showed as being negative. Click here to see why the company said that took place in a report from NBC 6 consumer investigator Sasha Jones.

No. 6 - From winter wonderlands to luminous light shows, South Florida is full of fun holiday events for guests of all ages. Check out some of the best ways to enjoy the holiday.

MatzoBall is a holiday party hosted by the Society of Young Jewish Professionals. This annual singles event is back and promises to be bigger and better than ever. Dance, drink and meet new people at MatzoBall this Christmas Eve at LIV Nightclub in Miami Beach. The Zoo Lights are back at Zoo Miami! This event features fun for all ages with a 26-foot-tall holiday tree, special appearances by Santa Claus, animal encounters, boat rides, holiday shopping, hot chocolate and cookies through December 30th. For a complete list, click on this link.