All things animals in South Florida and beyond
Animals and Wildlife

‘A Passion': Couple Aims to Educate About Florida's Wildest Animals

Gabby Scampone and Chris Gillette are working toward opening an actual animal sanctuary.

In Florida, the Florida Fish and Wildlife Conservation Commission gets at least 14,000 calls per year about gators. Usually licensed volunteers are dispatched to trap the dangerous reptiles.

NBC 6 met two of those volunteers who also happen to love wildlife and each other.

Tucked away in a Sunrise neighborhood, there’s a sanctuary in the backyard of Gabby Scampone and Chris Gillette's home, which is also the home of Patuna the pig, who they found dumped on the side of the road. She's now 100 pounds.

Patuna also shares the backyard with other animals like chickens and a rhino iguana, who hatched out of the egg with a severe deformity.

Birds and even turtles like Fern and Tortellini also share this cozy spot. Tortellini was found walking around Homestead. His girlfriend, Rigatoni, was too shy to go on camera. 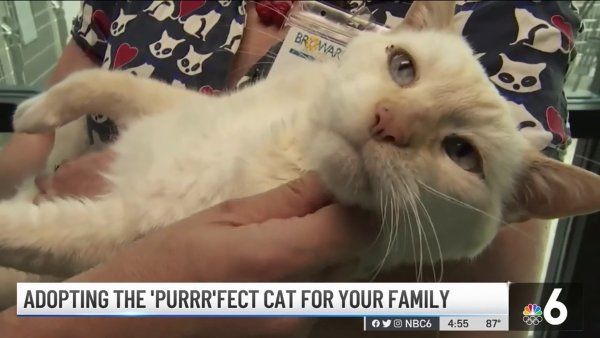 Clear The Shelters: Adopting The ‘Purr'fect Cat For Your Family 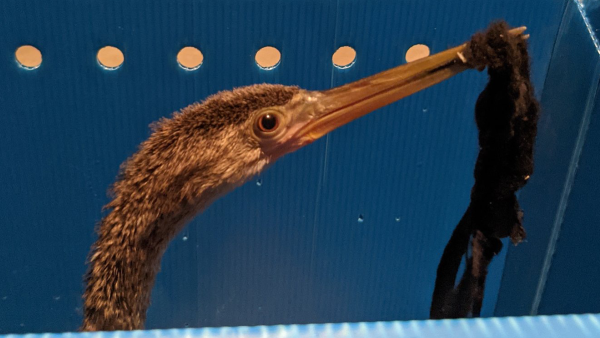 Bird Found With Face Mask Around Beak Rescued in Doral

But each animal here has a unique story and name, all rescued and cared for by Gabby and Chris.

"It’s just a passion. Like it is a passion and if I think I can help. I can't say no," Gabby said. "The animals we have, nobody else wants. Nobody wants the iguana with scoliosis, nobody wants the cat with no eyes. No one wants the 80-year-old box turtle that is so deformed it can't move.”

When Gabby and Chris aren’t caring for their animals, they may be trapping alligators. Gabby recently posted on Instagram a picture of herself, in a dress, straddling a 4-foot gator reported by a neighbor.

“And we didn't want to risk it leaving. And we just showed up straight from dinner. I was in a dress. The Broward (Sheriff's Office) showed up and was super helpful, it was awesome," Gabby said.

The couple, who met online, use social media and YouTube — where combined, Chris has 5 million followers. He says every post is meant to educate.

“People only love what they care about and they only care about what they know about. So the first step to getting anybody to care about these animals is we teach them. So education has always been big for both of us," said Chris.

The couple is working toward opening an actual animal sanctuary.