All things animals in South Florida and beyond
pet care

Toxic Toad Troubles: How to Protect Your Pets From Potential Danger

Rainy season has officially arrived in South Florida. Here's everything you need to know to keep your pets out of harm's way of toxic bufo toads.

Sunday, May 15 marks the official beginning of South Florida’s rainy season. For pet parents, this means an increased chance of our pets being sickened by toxic bufo toads.

Here's everything you need to know to keep your pets out of harm's way.

What are bufo toads?

Bufo toads, also known as marine toads or cane toads or more scientifically, Rhinella marina, were introduced to Florida in the 1930s as part of a failed attempt to control pests in sugarcane fields.

After a series of both accidental and deliberate releases by pet importers in the 1950s and 60s, bufo toads hit their reproductive stride and established themselves with a vengeance.

Today, the bufo toad is considered an invasive exotic, having caused extensive damage to native species and biodiversity.

Adding insult to injury is the bufo’s nasty habit of sickening and killing pets.

Bufo toads are most likely to be out and about after a period of rain. They’re most active in the early morning and early evening hours. That said, Sabal Chase Animal Clinic has seen bufo toad poisonings at various times throughout the day.

How do I know if my pet bit a bufo toad? 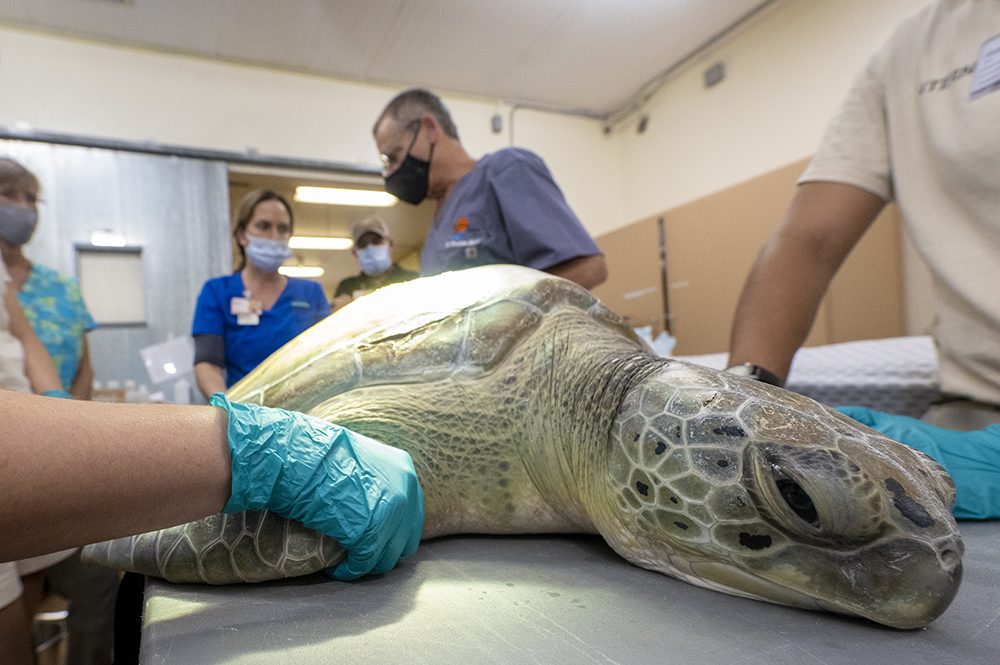 When approached by pets, especially dogs, bufo toads jump. This triggers a pet’s prey drive, which leads them to bite the toad.

Once bitten, bufo toads secrete a milky white toxin as a defense mechanism. The toxic sticks to the pet’s mucous membranes causing a dramatic and dangerous reaction.

Within minutes of biting a toad, a pet will begin drooling, panting and foaming at the mouth. The pet may experience vomiting and/or diarrhea.

The toxin is painful, so vocalizing and pawing at the face is often seen as well. The gums and tongue also usually turn bright red.

This can progress to stumbling, disorientation and seizures. Once these neurological signs appear, the pet is in trouble.

At this point, he’s at risk of cardiac arrhythmia, respiratory distress and heatstroke. Bufo toad toxin kills as a result of heatstroke, secondary to uncontrolled seizures.

What should I do if my pet bit a bufo toad?

If you suspect your pet has been poisoned by a bufo toad, rinse his mouth with water, taking great care to avoid washing venom into the eyes and nose. Do not allow your pet to swallow the water.

If your pet is not having seizures, wipe the gums and the insides of the cheeks with a wet towel to dislodge the venom.

If your pet is experiencing muscle rigidity or abnormal eye movements, do not place your hand in his mouth! Your pet may be on the verge of seizures, and a pet in this condition may unconsciously bite down without the ability to let go.

These are only emergency first aid procedures.

Once your pet is stable, he must be seen by a veterinarian to ensure he is stable, and address any underlying damage.

How can I keep my pet safe from bufo toads?

My wife and I routinely work on teaching our dachshund to ignore a plastic “stunt toad.” It’s a worthwhile exercise, but his prey drive is intense. When toads move, he reacts.

The training buys us a few seconds to stop an interaction, which most of the time, is all we need. That said, he’s still had two run-ins with bufo toads.

At this time of the year, he is never off-leash, not even in our fenced yard, not even when we are watching him, not even for a minute, not even to answer nature’s call.

We’ve also taken pains to make our yard as unattractive a habitat for bufo toads as possible.

Let toads know they are not welcome by mowing grass often, filling in holes, and trimming bushes so that lower branches don’t touch the ground. Remove yard debris, leaf litter, lawn care equipment and any object that might serve as a hiding place.

Toads will lay their eggs in any body of water, including decorative ponds and overfilled pools. Eggs and tadpoles are toxic as well, so if you see them, dump them. Dump any standing water as well.

Never leave pet food outside, especially at night. Toads will eat it and remain in the area waiting for more.

Most importantly, never leave your pet outside unattended, especially at night.