Shelby Miller did not get the results he wanted, but just being back on the mound for the first time in over a year was a positive for him.

Brian Anderson and Cameron Maybin each drove in two runs to help spoil Miller's return to the mound after missing over a year for Tommy John surgery as the Miami Marlins beat the Arizona Diamondbacks 9-5 on Monday night.

"It was so good to be back," Miller said. "I felt really good most of the game. I think my command could have been a little bit better, but overall I think the results don't play out as good as I pitched."

"It's unfortunate it didn't go the way he wanted as far as winning the game and going deep in the game, things he's conditioned for, but just getting back on the mound and doing what he did today was really nice for all of us to see," Diamondbacks manager Torey Lovullo said.

He struck out five and walked two while throwing 85 pitches. 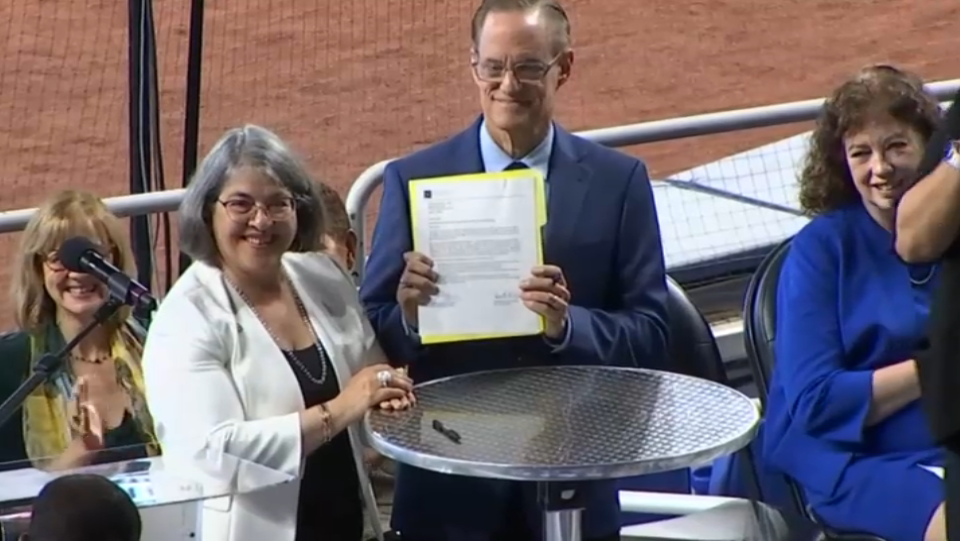 Dan Straily (3-3) pitched effectively while appealing a five-game suspension for intentionally throwing a pitch at the San Francisco Giants' Buster Posey on June 19. Straily allowed three runs in 6 1/3 innings for the Marlins.

"Frustrating start to the game," Straily said. "I was trying to get back where I was as a pitcher, where I needed to be."

"As an offense we know we're not a club that's going to be a quick strike, throw five or six (runs)," Marlins manager Don Mattingly said. "We're kind of one here, two there type of offense and that's the approach we've been taking."

Jake Lamb began the scoring with a home run in the first inning for the Diamondbacks, who saw their four-game winning streak end.

Bour responded with a solo shot in the bottom half.

The Marlins cut the deficit to 3-2 on a single by Starlin Castro.

Miami scored three runs in the pivotal fourth to take a 5-3 lead on a base hit by Derek Dietrich and a two-run double by Anderson.

The Marlins broke the game open in the eighth with four runs sparked by Maybin's two-run single.

Chris Owings's RBI double and Mathis's sacrifice fly in the ninth cut the final deficit to 9-5.