Body camera video, exclusively obtained by NBC 6, shows the moment a man’s leg was broken when he was thrown to the ground by a Doral police officer. A Doral Police spokesperson says the department is now investigating the incident after getting the notice that the man injured in the incident plans to sue.

Craig Nembhard, 31, says on May 16, he was heading home when he was directed by a police officer to pull into a gas station at the intersection of Northwest 79th Avenue and 36th Street.

The police report said officers were doing a "traffic enforcement detail" by stopping cars that were going straight in a lane that was meant only for making left turns. 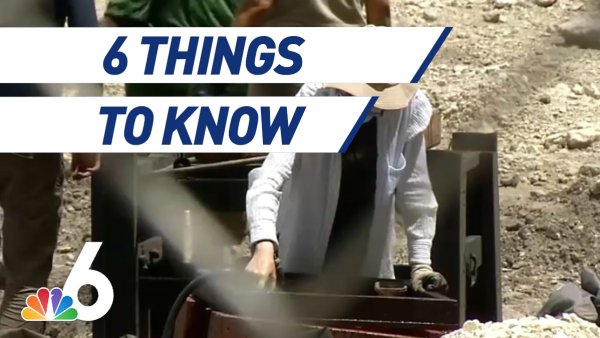 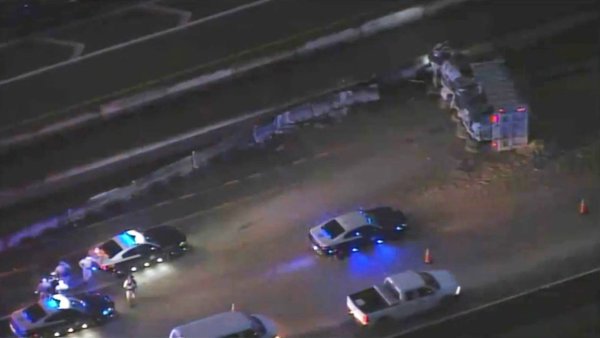 Nembhard says he got a ticket but one officer didn't think he was moving fast enough after getting his ticket.

"[The officer] walks up to the car, tells me get the [expletive] out of here," he recalled during an exclusive interview with NBC 6 three months after the incident. "Then, being upset and confused as to why he's acting like that, I started to swear back at him."

Multiple police body cameras captured the heated and profanity-laced exchange between Nembhard and Officer Travis Cooper, who can be heard telling him "Man, get your sorry ass out the way. Get your gas."

Nembhard then says "You’re just mad when you can't do nothing. My [expletive]'s legal. [Expletive] you, [expletive]!"

"Get out of here [expletive] punk. Punk [expletive]," the officer responded.

After they traded words, Nembhard told us he drove off toward the other side of the gas station looking for an open gas pump, but the only one he says he saw available was back near where officers were ticketing other drivers.

"As I am coming back the direction, all I hear was, 'Oh you tried to sneak up on me and run me over,'" Nembhard said. "I looked to the right and he's in the passenger's side with his gun already drawn."

The body cam video shows Cooper and other unidentified officers with their weapons pointed at Nembhard’s car.

"You tried to run me over," Cooper tells him.

Then, the video shows Cooper taking Nembhard out of the car and throwing him to the ground. Nembhard screams that his leg has been broken.

"You picked the wrong person to play chicken with," Cooper tells Nembhard as he lays on the ground.

"I didn’t do anything," Nembhard told NBC 6 during the interview. "I didn't try to run nobody over."

The police report says Nembhard could have used pumps further away from the officers. It also states that Cooper reacted the way he did because he was "in fear of his life."

"...What the [expletive] you doing? I put the gun down like, 'Is he trying to ram me with the car?'" Cooper is heard saying to the other officers on the body cameras after the arrest. "And I go around the car and we yanked him out of the car. If I broke his leg from there to there [unintelligible]."

Nembhard was arrested and charged with aggravated assault on a law enforcement officer. He says he spent five days in the hospital, where he had to have surgery to put a rod in his leg. Then, he was taken to jail.

"I got to learn to walk again," he said. "I lost my job. I lost my apartment because I couldn't work."

NBC 6 showed Nembhard the body camera video of his arrest. He was alarmed to hear an unidentified officer telling Cooper "someone is about to get stomped on" just moments before he was pulled from the car.

"You hear that these officers had made a decision that as soon as my client was coming around in his car going to pump gas, someone was going to get stomped on, meaning that they were going to do something to him," said his attorney David Kubiliun.

A month after the incident, the Miami-Dade State Attorney’s office decided not to pursue the charges against Nembhard.

Kubiliun credits the body camera video for the decision.

"The video clearly speaks for itself," he said. "They are going to see that this officer clearly acted with excessive force and hopefully they will take some actions against this officer."

We tried to reach the officer through the department and the police union but did not speak to him directly.

The department sent us an email that reads, "We are in receipt of a letter from Mr. Nembhard’s attorney concerning allegations made against members of the Doral Police Department. We have commenced our own investigation into the matter and have nothing to add at this time."  Previously the department told us they take the allegations "very seriously."

A check of Officer Cooper, who has been on the force for at least nine years, shows he hasn’t had any complaints or disciplinary actions against him before.

Police records show a supervisor gave him a commendation for good service on a traffic enforcement detail several weeks after Nembhard was arrested.

NBC 6 also tried to reach the officer through the Police Benevolent Association, the police union Cooper belongs to, they told us since it’s just the beginning of Doral’s investigation, it "has not risen to the level where any formal representation of Officer Cooper is needed." But they wrote that they'd have more information "if and when it progresses further."