Xavier Johnson, 32, is facing first-degree murder and other charges in the case involving 27-year-old Andreae Lloyd

The boyfriend of a pregnant woman who was beaten and abducted from a Miami-Dade home was arrested on murder and kidnapping charges after her body was found in a wooded area after a massive search, police said Thursday.

Johnson was booked into the Miami-Dade jail, where he was being held without bond Thursday, records showed. Attorney information wasn't available.

Police had been searching for Lloyd since early Tuesday and confirmed human remains were found Wednesday. The medical examiner identified the remains Thursday as Lloyd, officials said.

Lloyd was a caretaker and had been working at a home at 13840 Southwest 285th Terrace when a man, later identified as Johnson, knocked on the door around 12:30 a.m. Tuesday and Lloyd answered it, police said.

Johnson started beating Lloyd and dragged her before forcing her into a white Honda Civic and fleeing the scene, police said. 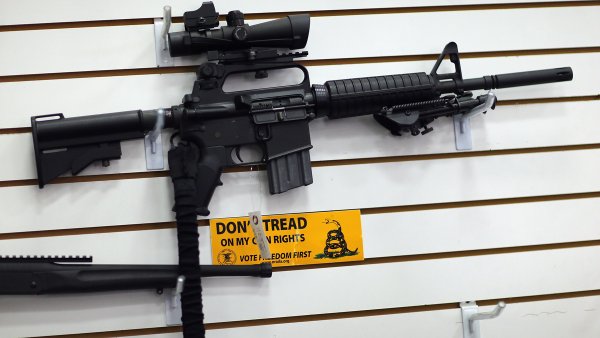 A co-worker later arrived at the home and found Lloyd was missing, officials said.

"Based on the evidence gathered by the detectives on scene, video surveillance, it appears that this lady was beaten and it does appear at this time that she was abducted, taken against her will inside of a vehicle," Miami-Dade Police Det. Chris Thomas said.

On Wednesday, police confirmed that Johnson had been detained and was being questioned. Family members said Lloyd and Johnson have been together for 11 years and have two children together, and Lloyd was around six weeks pregnant with their third child.

“Their relationship seemed perfect," said Gajuanza Mitchell, Lloyd's nephew. “When they came around it was always happy, they both were always happy.”

Officials said Johnson had been spotted by one of Lloyd's family members near a wooded area off 328th Street and Southwest 137th Avenue in Homestead earlier Wednesday.

Lloyd's father, Arnold Lloyd, said he confronted Johnson, who told him he was looking for Andreae.

“He told me she was missing before she even got off of work. She is supposed to get out at 7 and he told me at 6:45. How you know she missing already?" Arnold Lloyd said. "That’s fishy."

The body of a pregnant woman who was abducted from her Miami-Dade home has been found, and police say they have a confession from her boyfriend. NBC 6's Julie Leonardi reports

Earlier Wednesday police said a cadaver dog alerted officers to something in the wooded area, and a large search was underway.

According to an arrest report, after Johnson was brought to police headquarters for questioning, he confessed to kidnapping and killing Lloyd.

“Whatever was going on, it must have been a really good secret because we didn’t see it," said Lloyd's uncle, Manuel Lloyd. “I tell any man or woman, if things are not going great, walk away! Why take a life that you can’t give? And what hurts the most, those children have to go from now on without a mother.”

The family had hoped the pregnant mother of two could be found alive before her 28th birthday next week.

"I’m worried sick, Andreae is one of the most responsible people that I know, she has two young children, she works, she takes care of her children," said Lloyd's godmother, Alfreda Lyon. "For her to be missing, something happened."