School board will vote on it Tuesday

They have an agreement.

“It’s very important that the takeaway not be that we’re giving all of this money to Mr. Runcie, because that’s not accurate,” Osgood said. 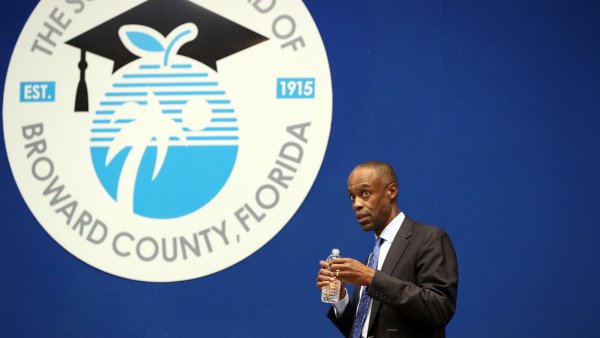 Runcie gets 20 weeks of salary, plus 90 days notice of resignation salary, plus accrued vacation days and sick days. Initially, the Board offered 30 days instead of the 90 in his contract, which drew a sharp rebuke from Sherry Culves, the attorney representing Runcie.

“I’m quite frankly deeply disturbed by it, I believe that it attempts to undercut Mr. Runcie from what he is legally entitled to without question,” Culves said. “That’s not gonna get a deal done here today.”

So each side went to their respective corners and compromised. The Board agreed to the 90 days, and Culves agreed not to push for $400,000 in retirement funds and instead, she settled for $80,000.

“I feel very good about our results today,” Osgood said.

The $743,000 is about $300,000 less than Runcie could have received. Depending on how his contract is interpreted, the Board could’ve been on the hook to contribute about $400,000 to Runcie’s retirement fund. Instead, Runcie’s side compromised and agreed to the minimum amount of $80,000.

The Board will vote on the agreement Tuesday. One sticking point could be legal fees. The Board will have to pay Runcie’s legal fees in his criminal case. He was indicted for allegedly lying to the grand jury. If he’s convicted, Runcie would have to pay the Board back.

“What we bring forward is fair to Mr. Runcie, it protects the school board, as well as brings the community to a place where we can begin to move forward,” Osgood said.