Sheriff Gregory Tony's claims that opponents are trying to paint him as a former black hoodlum with a gun are rejected by an opponent who says he also emerged from a rough neighborhood -- but did not lie on his police job application.

Broward Sheriff Gregory Tony's claims that race is behind attacks from his opponents is falling flat with one of those opponents.

Al Pollock, like Tony, grew up as a black male in a heavily policed neighborhood, near Liberty City in Miami, that had its share of drugs and violence.

The big difference, Pollock says: he did not lie on his application to launch his police career.

Just a few days after taking office in 2019, Gov. Ron DeSantis removed Sheriff Scott Israel and installed Tony without doing a complete thorough background check, having failed to uncover Tony was arrested and charged with murder when he was 14. He was found not guilty after claiming self-defense, but did not disclose the case when asked if he'd ever been arrested, charged or even detained as a suspect -- which he clearly was. 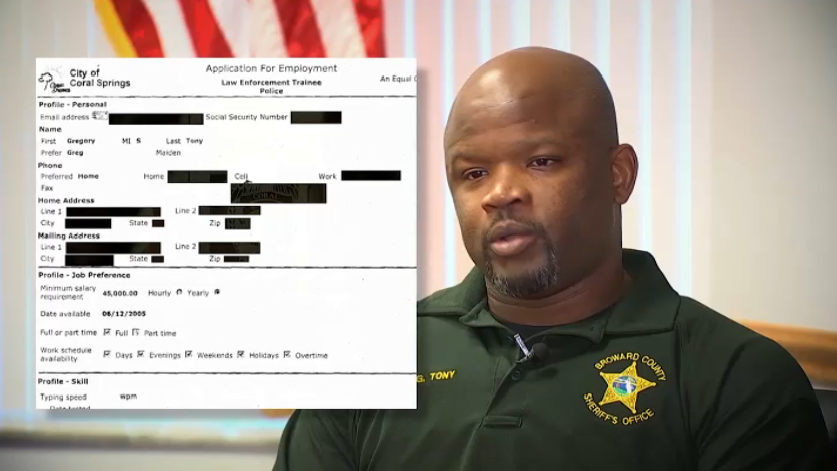 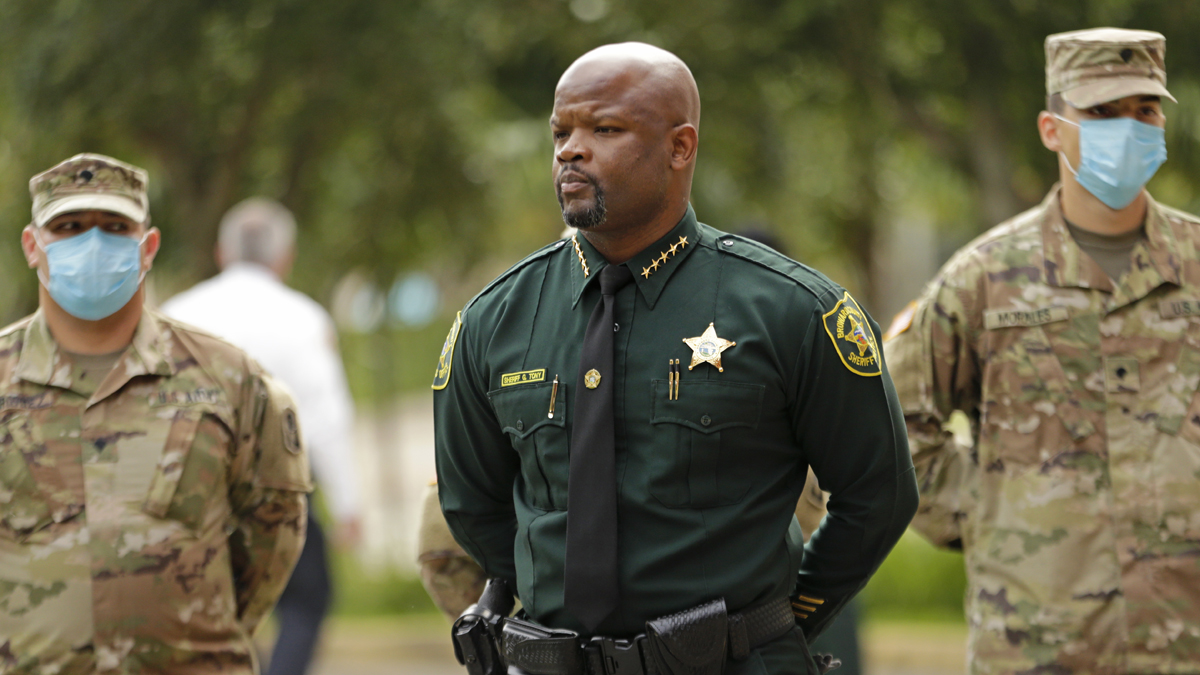 DeSantis also did not investigate Tony's prior attempts to be hired as a cop. Had he done so, he would have learned Tony denied using hallucinogens on his Coral Springs police application, after being rejected by Tallahassee police because he admitted a felony drug history of using LSD when he was 16.

"This is a gift that was given to this guy," Pollock said of the governor's appointment. "This guy didn’t earn anything."

Pollock, Tony, Israel and others face off in the Aug. 18 Democratic primary, which usually produces the ultimate winner in Democrat-heavy Broward County.

Pollock, who retired as a BSO commander after 40 years with the agency, said lying on a police application is a fireable offense -- and that Tony's race has nothing to do with it.

Walking the streets outside his childhood home, Pollock recalled, "there was drugs, there was murders. I had two murders on this street I grew up on. But I did not become part of the problem, we became part of solution."

Tony would argue he is part of the solution, too, having emerged from the Badlands of North Philadelphia and graduated from Florida State University, before being hired as a cop in Coral Springs -- albeit after omitting his arrest and drug use histories from the application.

Tony has complained those revelations, in the Florida Bulldog and South Florida Sun-Sentinel, were the work of opponents painting an unfair, racially tinged caricature of the person he really is.

"My political opposition is out there and what they are using this to do is to say that a 14-year-old black kid doesn’t have a chance in this country. Even when they did nothing wrong," Tony said.

"Fourteen-year-old black kids do have a chance in this country," Pollock countered. "All we got to do is ... tell the truth. There are 5,000 men and women employed at the Broward Sheriffs Office today who told the truth. If they lie, Tony will have terminated them."

"For him to sit back and talk about race? That’s a non-factor. It’s about experience and knowledge," Pollock said, adding it also about character.

Pollock claims Tony not only lied to get his one and only police job -- before DeSantis appointed him sheriff -- but also "broke the law because of untruthfulness."

The Florida Department of Law Enforcement has launched a preliminary investigation into whether Tony committed a crime when he swore in an affidavit that he had never had a crimnal record sealed or expunged.

Tony claims he has no criminal record because he was found not guilty. But police agencies are given legal access to sealed, expunged and juvenile records when vetting people applying to be police officers.

Tony said his opponents "want to use this as a political tool to outline me as black kid in the inner city with a gun."

Pollock, 66, does have one incident of discipline in his BSO file.

He was suspended for 15 days in 2010 for helping a Miami Dolphins player accused of domestic violence leave the jail undetected, then taking him in his police vehicle to the Dolphins training facility and to the player's house, after making sure the victim was not present.

"We all make mistakes in life, but I didn’t lie about it. I did not lie," Pollock said when asked about the incident. "I was disciplined, moved on with my life and i was promoted afterwards."