The Broward Sheriff's Office distributed over 20,000 N95 masks and gloves to their employees in law enforcement, the Department of Detention and Broward Sheriff Fire Rescue at the Public Safety Complex in Fort Lauderdale Friday.

"We are constantly ahead of the curve in terms of making sure we procure the necessary equipment and that we have a plan in place to make sure we disperse it out not only quickly, but in a responsible manner," Broward Sheriff Gregory Tony said.

The drive-thru type distribution was given to a command leader for each district. 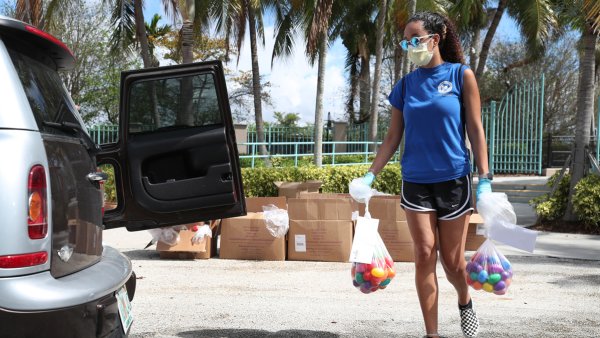 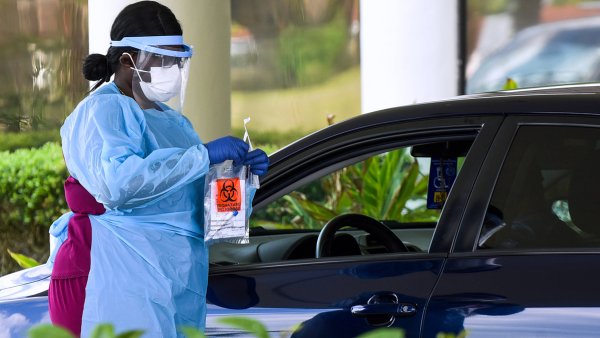 As of Friday morning, the Broward Sheriff's Office said 59 BSO employees have tested positive for COVID-19, with 226 being monitored at home and 284 recovered or returned to duty after self-quarantine. One deputy, 39-year-old Shannon Bennett, unfortunately passed away due to complications with the novel coronavirus.

Jeff Bell, the union president of the Broward Sheriff's Office Deputies Association, had criticized Sheriff Tony earlier in the week about whether or not they had enough protective equipment for deputies and dispatchers during the pandemic. He previously stated that deputies claimed to be reusing masks.

Bell spoke to NBC 6 again on Friday about the latest PPE distribution.

Meanwhile, Sheriff Tony stressed that their goal is to protect the safety of their employees and the entire community.

"There has been some comments made about whether or not we're prepared from the union president, but when you look collectively at what we've been able to disperse... I talked the other day that we had already pushed out 25,000 high quality N95 masks in conjunction with roughly 45,000 surgical masks. It's my goal and that of our command staff, not to become complacent," Tony said.

Tony added that the department has spent $1.3 million on PPE's and he is willing to spend $10 million if necessary.