Broward Student Says She Switched Schools After Getting Threats

According to Broward County Public Schools, there have been 34 fights and eight physical attacks at Boyd Anderson from August to February.

A Broward student said she was forced to switch schools after getting threats from other students at Boyd H. Anderson High School.

“They were posting a lot of threats, saying that they are going jump us, hit us,” the 15-year-old student told NBC 6 during an interview with her mother.

Both asked NBC 6 to protect their identities because of fear of retaliation. We will refer to the student as Ana.

Ana said she was one of the most recent targets of a group of students at Boyd H. Anderson High School who start fights and post them on Instagram.

“They posted a picture of me with my face saying a lot of things, bad things,” Ana said.

Ana said she’d seen this play out before.

“I was next to my friend and out of nowhere some guy just punch him in his face and everyone started jumping in and throwing punches,” she said referring to an incident on March 9.

A South Florida mother is demanding action after she says her son was beaten up by multiple students at a high school in Lauderdale Lakes. NBC 6's Hilary Lane reports

The mother of another student shared a video of that incident with NBC 6, where two teens can be seen on the ground as others punched and kicked them. The mother said her son was among those attacked and he had received threats before.

“He was so worried he had to cut class and actually hide in the bathroom or jump the gate and actually leave,” Jennifer, who asked to be identified by her first name, told NBC 6.

According to a redacted police report, exclusively obtained by NBC 6, there was a “physical altercation in the courtyard involving several students” on March 9. The report states that all the students involved in the fight were “willing participants” and played “an active role” but one student appeared to be the aggressor. The report also said they were threatening messages exchanged among the parties involved.

According to Broward County Public Schools, there have been 34 fights and eight physical attacks at Boyd Anderson from August to February. In the district, there were 724 physical attacks and 1,816 fights recorded during the same period.

Ana’s mother told NBC 6 she met with school administrators and law enforcement to share her concerns. She said she was told the best option was to take her daughter out of the school and that this type of incident will continue to happen regardless of the school. 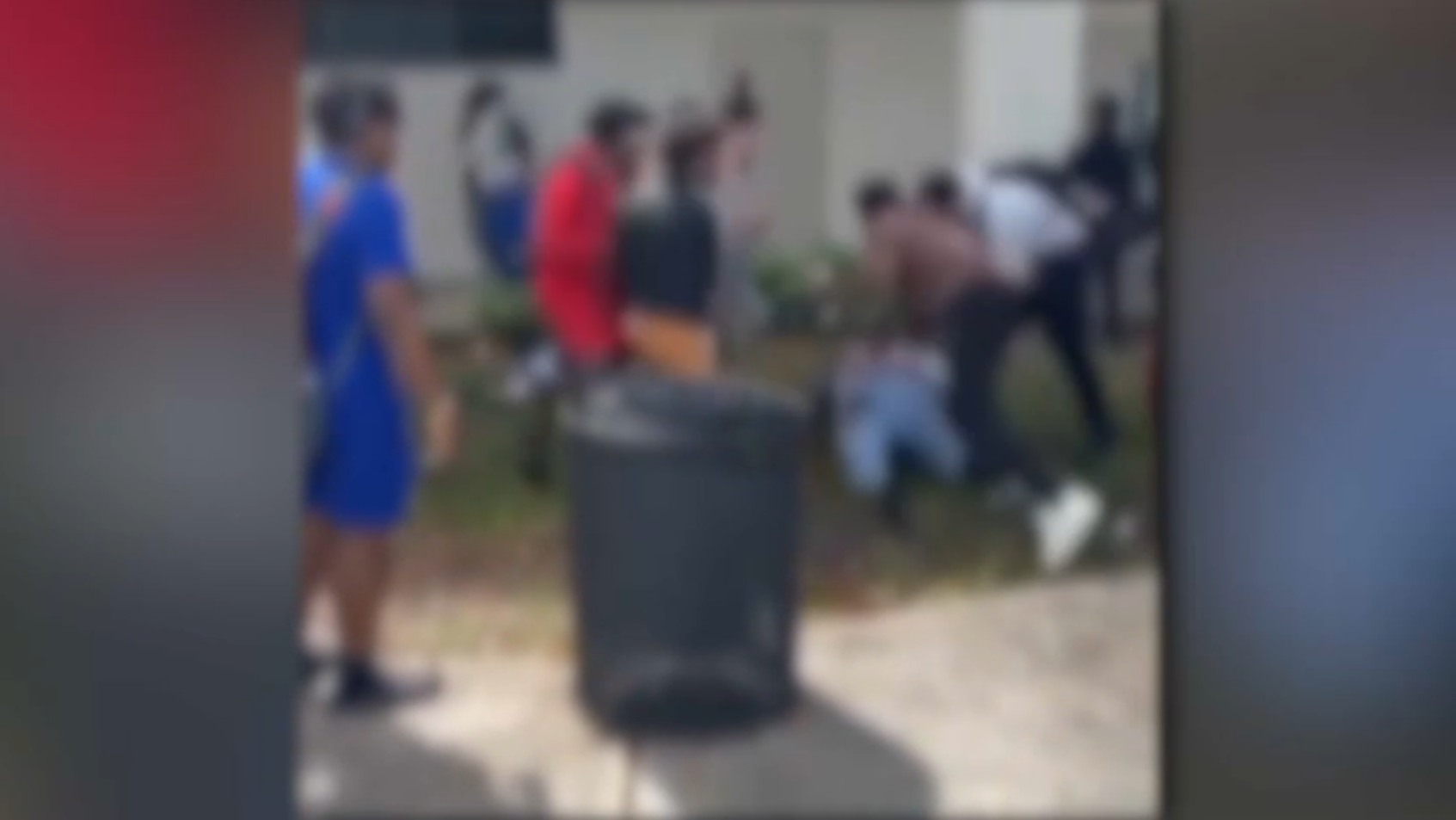 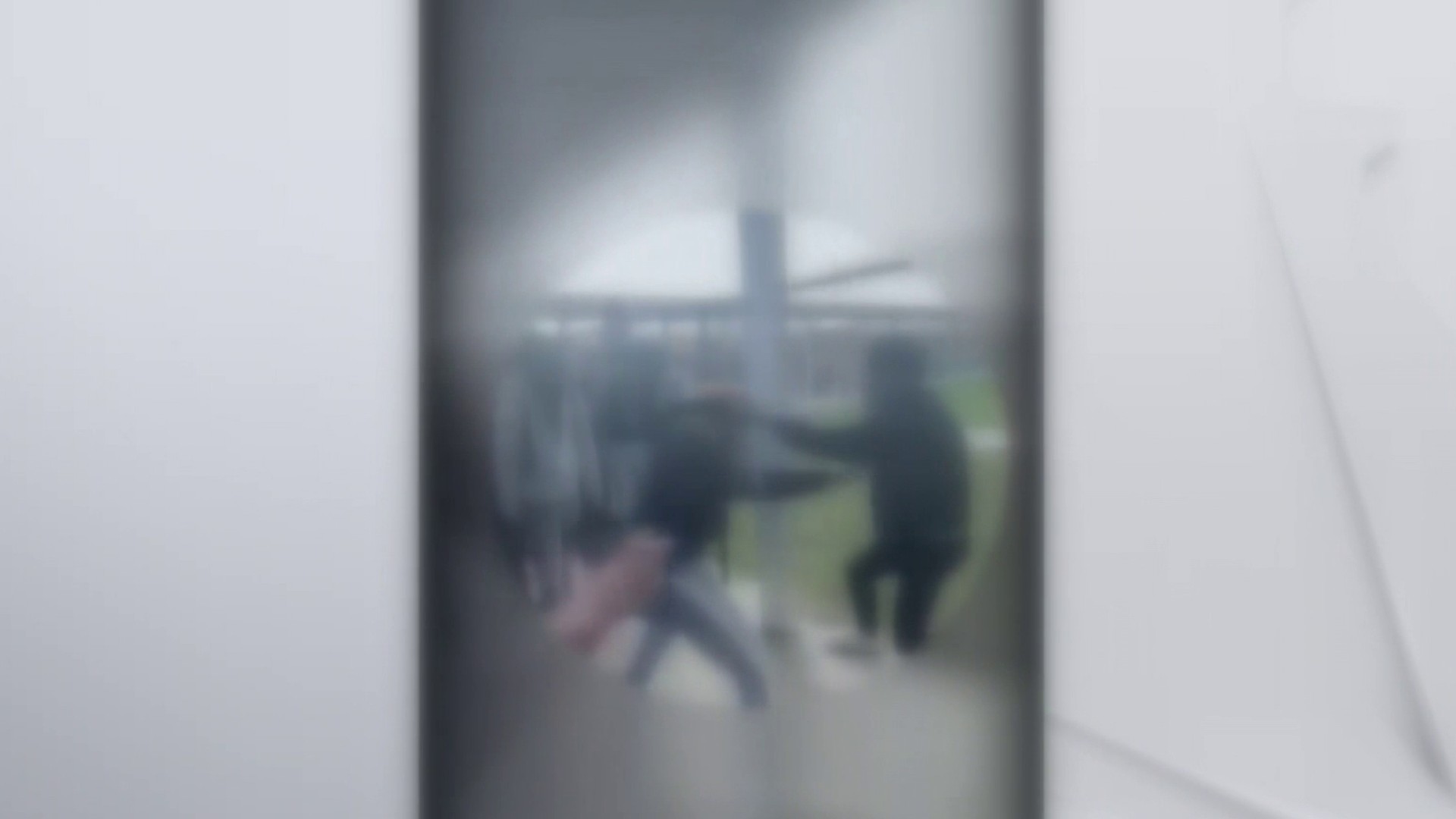 NBC 6 Investigators reached out to Broward County Public Schools about the parents’ allegations. We also shared the videos and photos allegedly posted online.

In a statement, a district’s spokesperson wrote, in part, “The District and school take all matters involving student safety seriously. Students involved in the altercation on March 9, 2022, received appropriate disciplinary consequences in accordance with the Student Code of Conduct. In addition, upon becoming aware of concerns regarding social media posts, the school’s administration worked closely with the District’s Special Investigative Unit and law enforcement to flag inappropriate posts and investigate. The school’s administration also continues to meet with and communicate with the families involved. Due to student privacy laws, we are unable to provide further details.”

“Maybe today is us but tomorrow someone else can get really bad injured,” she said. “One punch bad in your head can lead to a bad injury, even to death.”

Ana told NBC 6 it’s been hard adjusting to new teachers and the environment of a new school, adding all of this has taken a toll on her education.